Bonnie Miller originally hated the Marching Owl Band’s practice of scattering into formation rather than marching into place. A lover of traditional marching bands, she joined just to borrow an oboe, but today she’s the MOB’s drum major. 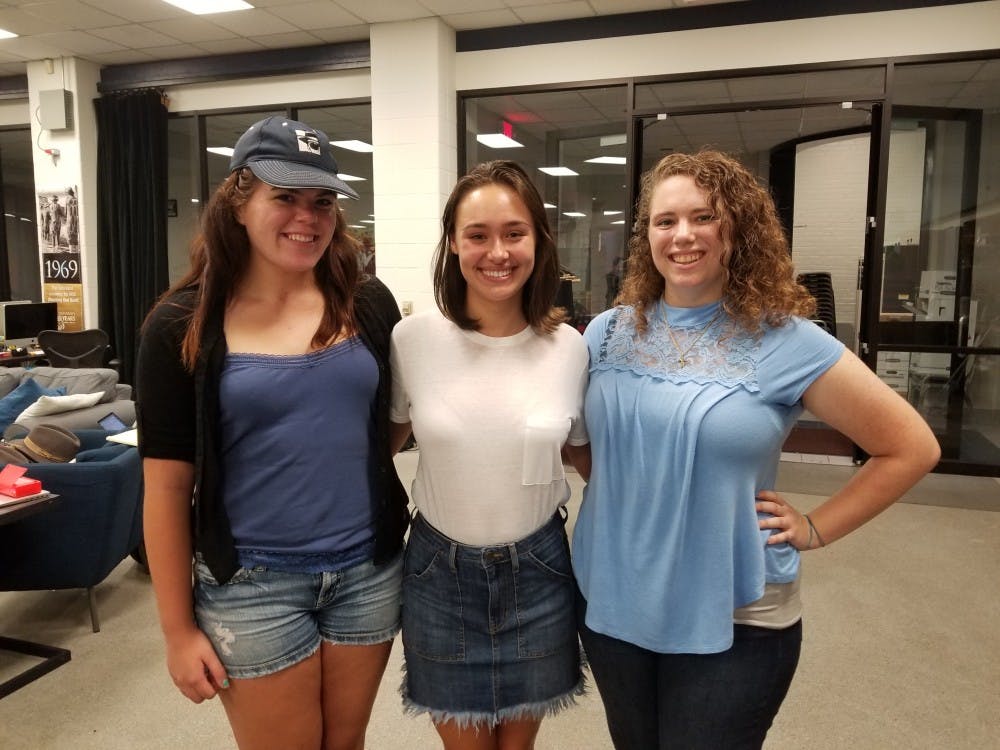 Bonnie Miller originally hated the Marching Owl Band’s practice of scattering into formation rather than marching into place. A lover of traditional marching bands, she joined just to borrow an oboe, but today she’s the MOB’s drum major. When they joined the MOB, Executive Producer Bailey Covell and Drum Minor Emmie Ledesma also broke from the traditional marching style they embraced in high school, but today the three of them form the MOB’s leadership team — the first all-women’s leadership the MOB has had in at least 15 years.

It took some time, but they each grew to love the MOB and its unusual traditions. The band is as unconventional as one might expect from a marching band that doesn’t march: It is not uncommon to see MOBsters carrying violins onto the field or blowing wholeheartedly into kazoos. Their all-women leadership is just another example of the MOB welcoming the untraditional.

Covell, a Lovett College sophomore, hopes to inspire other women to apply for executive staff later this year.

“It's an exciting new thing for the MOB to be led by an all-women executive team, and I'm excited to see where the energy this year takes us,” she said.

Miller, a Jones College junior, said that the MOBStaff is “sort of lacking in the female department”. The MOBStaff are MOB players with responsibilities beyond playing in shows. Miller hopes the new executive team will influence more women to take on roles and future executive positions. However, she doesn’t think the fact that they are all women will alter the success of the leadership staff drastically.

University Bands Director Chuck Throckmorton also said he thinks it won’t be much of a change since Miller, Ledesma and Covell are in a long line of successful Rice student leaders.

“In some ways, they have already helped me see policies or traditions of the band from their point of view, which is sometimes affirming and sometimes powerfully eye opening,” Throckmorton said. “I think we will watch, learn and enjoy them while they are here. This is a special time.”

Among the MOB’s traditions are their half-time shows that are designed to provoke or poke fun. In the 70s, the MOB goose-stepped to Texas A&M University’s Aggie War Hymn and took a jab at their mascot, Reveille. According to Covell, the crowd got so angry they formed an actual mob outside the stadium and trapped the band inside. Last year, the MOB sparked controversy during the Rice-Baylor football game, forming “IX” and a star in reference to Baylor’s sexual assault scandals and former Baylor President Ken Starr, respectively.

Covell feels having all women on the leadership can allow for more inclusive viewpoints on how to deal with sensitive issues.

“It may vary how much depending on what we're talking about, but in terms of the Baylor controversy and sexual assault, I think it absolutely widens the perspective on the issue,” Covell said.

Covell thinks the MOB’s approach is moving towards using the show as a platform to call attention to more relevant topics involving the opposing schools. Everyone is welcome to the show meetings where they draft the scripts, and the executive team usually gets unanimous approval from the MOBsters before putting anything on the field.

Miller said the MOB always asks themselves whether a show will help or hurt people. For the Baylor show, they concluded that the awareness they raised for the issue would ultimately result in more help than harm.

“Let's be real, it wasn't a very serious show,” Miller said. “We played songs like "Muppet Show Theme" and had Fozzy bear on every slide. We were getting a jab at Baylor administration, we were having fun and we were raising awareness. Makes for a good show in our books.”

Ledesma, a Martel College junior, hopes this year’s all-women executive team will put the image of women in leadership into more people’s minds.

“I like to think that men and women can lead in a similar fashion, and it isn’t gender that defines the difference, but character,” Ledesma said. “Perhaps I will notice more as the season goes on, and the MOB will become a little closer to being a place for everybody.” 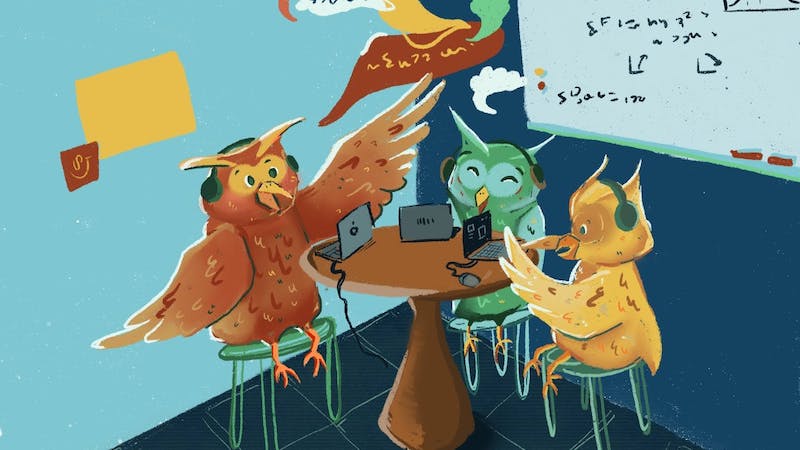 Diving into the DEEP with Rice’s Data Science Club

Data Education and Exploration Program is an annual data science showcase competition put on by Rice’s Data Science Club, open to all levels of coding experience. According to Vinay Tummarakota, president of the Data Science Club, the program consists of a semester-long workshop series that alternates between lessons where senior Data Science Club students teach curriculum, and application-style workshops where mentors help students apply skills learned the week before. Over the course of the fall semester, student teams develop projects on their chosen data set, and eventually present in a final showcase. 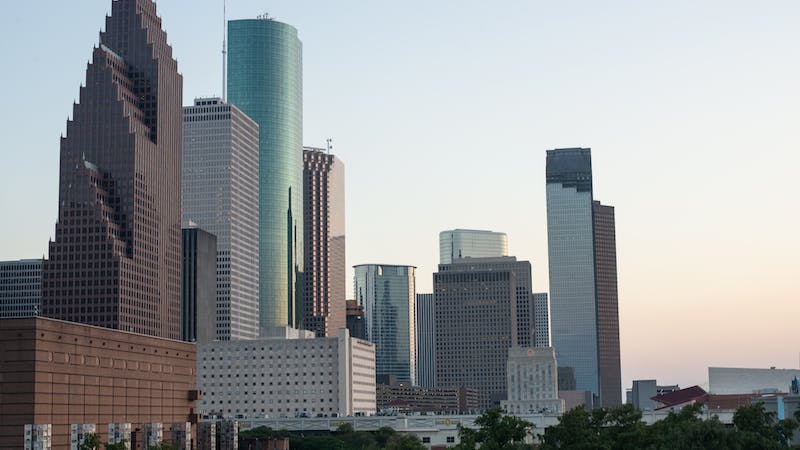 Check out Houston from a new perspective by visiting some of the city’s best rooftops scenes. These venues offer varieties of activities to keep their visitors entertained throughout the day, with sunrise yoga at Skylawn, midday swimming at Marriott Marquis or night-time dancing at one of the many rooftop bars. Browse through some of the following recommendations to explore Houston from above. 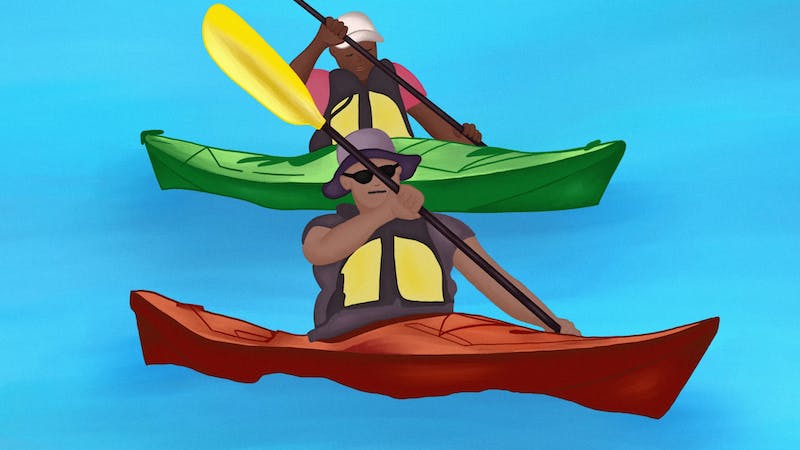 ROPEing Rice into the outdoors

Rice’s location in Houston is beneficial in a variety of ways. After all, we have access to entertainment, culture and research in a world-class city. However, we don’t have as much access to nature — a problem Rice Outdoor Programs and Education is trying to solve.