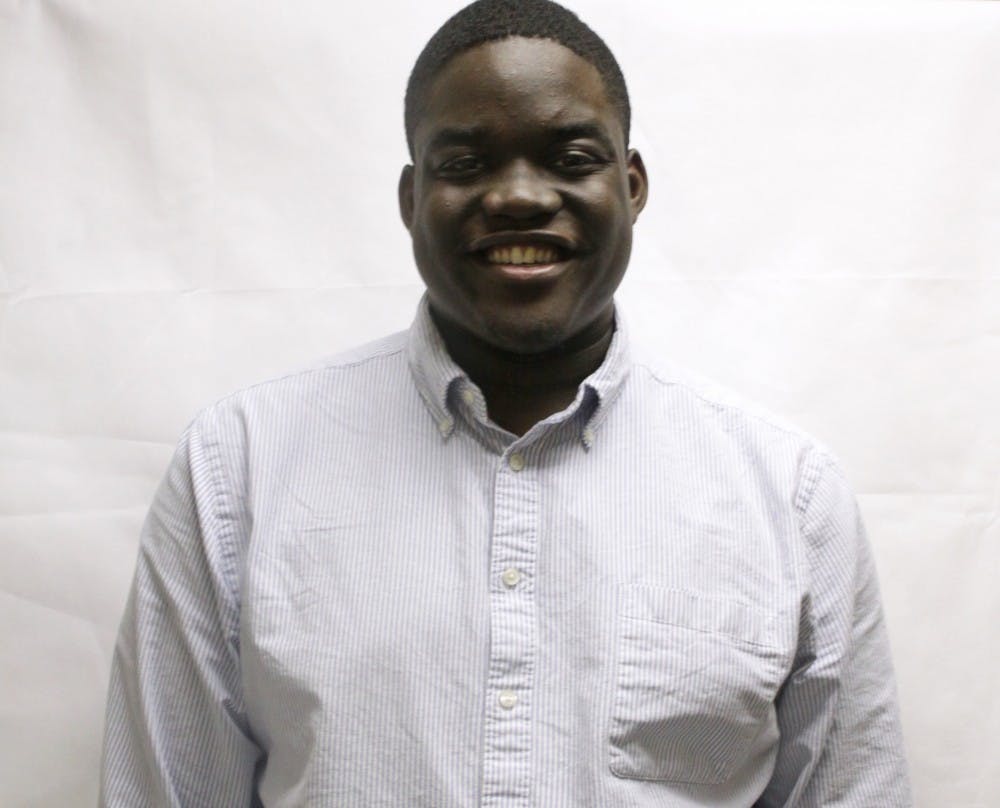 The Thresher spoke to Student Association president-elect Justin Onwenu about his recent election win, plans and past experiences.

Where were you when you found out you won?

I was at a restaurant called Snack 55 in Barcelona [with] the whole Global Urban Lab Group. I got a call from Griffin and the wifi was absolutely awful so through the course of the conversation I hung up and redialed four times. He told me I won, I started freaking out.

Was the election what you expected?

It was definitely exciting and definitely not what I expected but in a good, sort of surprising way because more people voted than ever before.

What is your plan for the first 50 days?

Spring is about showing a vision, communicating it to presidents and senators, and creating student advisory boards. The CUC proposal for distribution credit needs to be addressed. I want to make sure people have the SA on their mind as they go into the summer so I want to increase visibility by talking to students and going to cabinets.

When did you know you wanted to run for president?

In the fall I disappeared - I had to work 20 hours a week and I was living off campus. Spring semester I stopped the job, started going to senate regularly, and started thinking about things I’d like to see changed with the SA and how it engages students. The DACA and the BRIDGE Act conversations were going on and I hadn’t seen people that excited about SA discussions since CTIS so I thought, how can we get students more engaged and change the SA’s reputation from being a leadership pipeline and an echochamber?

Coming into Rice did you ever expect to see yourself as SA president?

No. I remember Ravi Sheth was the president when I was a freshman and he was really eccentric - he talked about burritos probably .9 out of every 1 second so I didn’t really see myself in him. I didn’t think I would be that person, and then it just sort of happened.

What was your most memorable experience in the SA?

During the stress of this [election], it’s easy to lose focus on the things we are talking about. I would just get messages from people I hadn’t met. One particular person messaged me about sexual assault prevention and their personal experience with sexual assault, and how no matter who won they wanted someone to be an advocate for them. I legit got a little teary eyed. That was the biggest, ‘Wow this is an opportunity to do a lot of really important things.’

How would you like to be remembered as SA president?

For Jazz, it was sexual assault prevention, for Griffin it was low income accessibility. I don’t want to tackle just one particular issue. I want to tackle all of these issues by changing how the SA engages with people. I don’t necessarily want to be remembered. I want the progress that we make this year to be institutionalized and remembered.

Do you have a favorite servery meal?

If I didn’t answer this question honestly, I’d have hundreds of people coming up to me and asking, ‘Why did you lie?’ I like chicken fingers with honey mustard. I literally wrote this on my roommate form somewhere, so that’s the answer I’m sticking to. Wednesdays at Sid are my favorite day.

Onwenu’s responses have been edited for clarity and length.