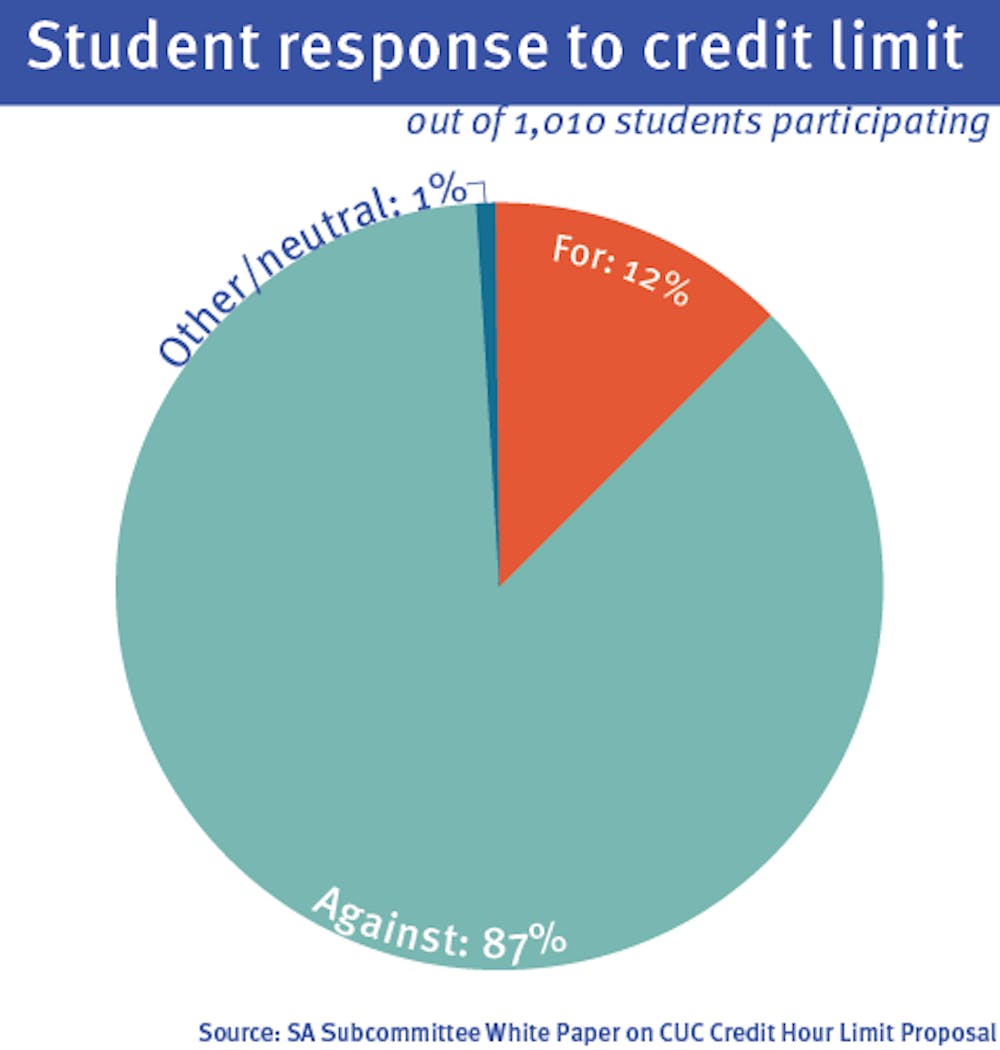 The Student Association is organizing a sit-in to protest the Committee for Undergraduate Curriculum proposal to limit the number of credit hours undergraduate students may enroll in each semester.

According to the SA, the Faculty Senate will very likely pass the proposal on Wednesday during its noon meeting. A modification to the proposal was announced late Tuesday night following discussion with stakeholders including President David Leebron and Speaker of the Faculty Senate James Weston, according to SA President Griffin Thomas. The sit-in will still occur at noon at Founder’s Room in Lovett Hall.

“The sit-in will be a peaceful protest to demonstrate just how upset students are by the CUC’s proposal,” the SA’s description for the Facebook event states. “Our goal is not to disrupt or disrespect the Faculty Senate, but just ensure our voice is heard.”

According to Thomas, the Faculty Senate will complete one vote for all of the CUC’s proposals. The original proposal would lower the current limit of 20 hours for all students to a maximum of 17 hours for freshmen and a maximum of 18 hours for all other students, lower the petition limit to 21 hours from 24 and move petition reviews from the dean’s office to major departments, according to CUC subcommittee member Dorin Azerad. A shopping period for courses would allow students to register for up to 20 hours during the first week of classes.

Under the newly announced changes, freshmen's course loads would be capped at 18 hours instead of 17 and the new overload petition guidelines will be developed by the SA in conjunction with the Office of Academic Advising. Students would be able to petition their major advisor to overload, as under the original proposal. All of these changes would only apply to students in the fall's matriculating class and thereafter.

According to a document distributed to students by Thomas, the proposal to reduce credit hours originated with Dean of Undergraduates John Hutchinson then proceeded to study by the CUC, which voted in favor of the changes.The document notes that Rice students tend to take more classes than at peer universities, that many Rice students who attempt to take high credit hour loads end up dropping classes and that academic stress is the most common reason for students to consult campus counseling.

Response to the original proposal had been mostly negative, with 87 percent out of 1,010 students against it in a set of campus-wide surveys.

Thomas said several students approached him about protesting, so the SA decided to host the event to ensure student concerns are heard in a nondisruptive manner. Thomas said he has spoken with the Speakar of the Faculty Senate James Weston and President David Leebron about the proposal.

I am truly grateful for their thoughtful consideration of student concerns,” Thomas said. “Unfortunately, the decision was still made to move forward with a vote on the proposal."

Editor's Note: This article was revised 11:00 p.m. Tuesday night to reflect the announcement of the modified proposal. The original version appears in the April 20 print edition of the paper.