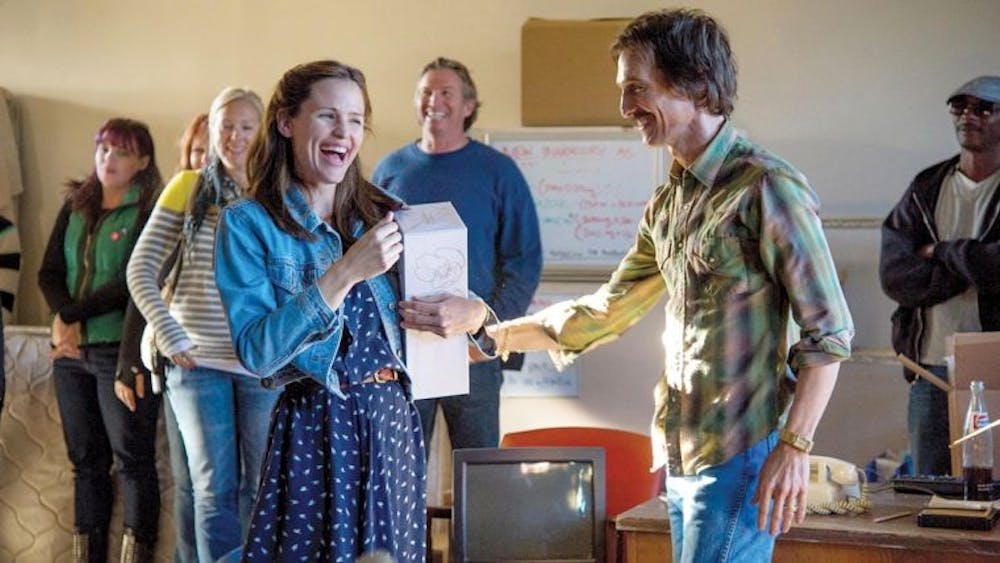 The first theatrical film based on the popular construction toys tells the story of an ordinary figure (Chris Pratt, Parks and Recreation) trying to save the Lego universe from an evil tyrant (Will Ferrell, Anchorman: The Legend Continues). Also featuring the voice talents of Morgan Freeman and Liam Neeson, this comedy adventure from the creators of Cloudy with a Chance of Meatballs aims to appeal to children of all ages. PG. 101 minutes.

Nominated for six Academy Awards, including best actor and best supporting actor (Golden Globe winners Matthew McConaughey and Jared Leto, respectively) as well as best picture, this film is among the most critically acclaimed of the year. The film tells the true story of Ron Woodroof, an AIDS patient who smuggles illegal drugs into Texas after realizing they have effectively improved his condition. Bonus features include deleted scenes and a behind-the-scenes documentary.

After being pushed out of a competitive awards season, George Clooney (Gravity) returns to the director's chair to lead a star-studded cast (including Matt Damon, Bill Murray and John Goodman) in this historical caper. Based on a true story, the film tells the tale of an Allied group during World War II tasked with saving priceless works of art and culturally important items from the destruction of Hitler. PG-13. 130 minutes.

Coming off of his most successful album yet, Chief, which received crossover success, country star Eric Church returns with his fourth studio album. The album has been promoted by the lead single of the same name, which peaked in the top 10 of the Billboard country charts late last year, as well as new single "Give Me Back My Hometown," which was met with similar enthusiasm. Look for Church to continue his rise to the top of country music charts.