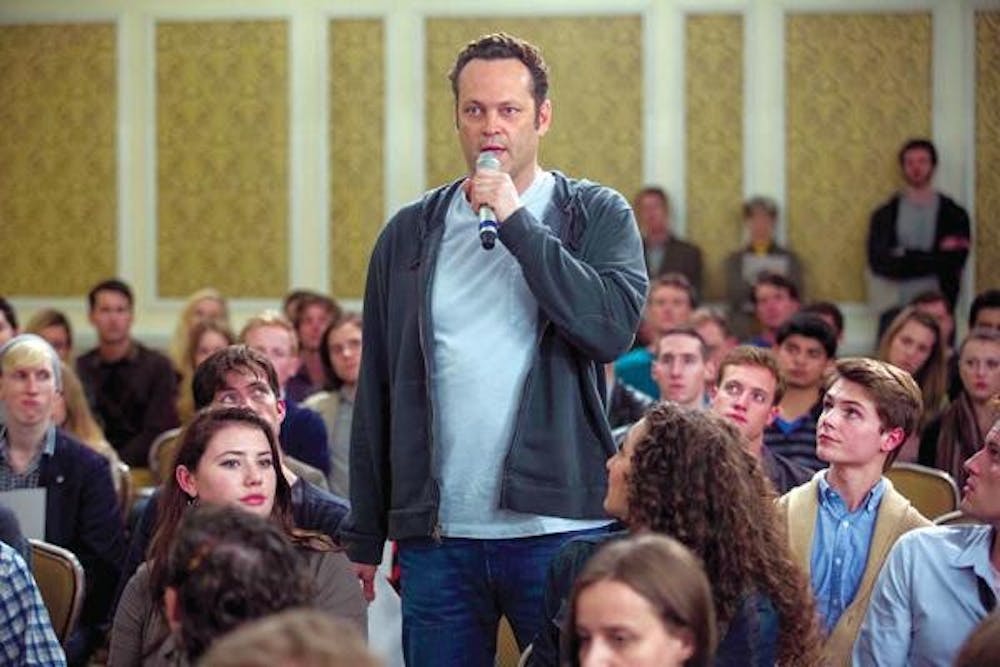 The highly anticipated sequel to the 2012 blockbuster The Hunger Games returns to Panem and the adventures of Katniss Everdeen (Jennifer Lawrence, Silver Linings Playbook). Following the events of the first film, Katniss and fellow tribute Peeta (Josh Hutcherson, Bridge to Terabithia) embark on a "Victory Tour," celebrating their success in the 74th Hunger Games competition. However, amid the Quarter Quell to select the next tributes to enter the games, a rebellion against the government begins that threatens the future of Panem. PG-13. 146 minutes.

Vince Vaughn (The Internship) and Cobie Smulders (How I Met Your Mother) star in this American remake of the 2011 French comedy Starbuck. The plot follows a man who has unknowingly fathered over 500 children as a sperm donor. When a large group of his offspring sues the sperm bank, demanding to learn the donor's true identity, he has to make the decision whether or not to reveal himself and become involved in their lives. PG-13. 104 minutes.

The queen of modern pop returns with her eighth studio album, working with producer will.i.am to create a more personal, raw collection of songs while staying true to her upbeat, dance-influenced sound. The album comes just in time to promote Spears' new residency at the Planet Hollywood Resort in Las Vegas, where her show Britney: Piece of Me will be performed. While lead single "Work Bitch" made a solid debut on Hot 100, it failed to catch on. But with promotion closer to the album's release and new single "Perfume" arriving on airwaves, look for Spears to continue her chart-dominating ways.

Jake Owen is part of a growing trend of more rock-oriented mainstream country music, a movement spearheaded by stars like Luke Bryan. Buoyed by the support  of his previous release Barefoot Blue Jean Night, which exploded as the biggest hit of his career to date, as well as supporting appearances on tour with stars such as Florida Georgia Line and Jason Aldean, Owen's newest set is an optimistic collection of rock-inspired tunes likely to propel him into the spotlight.

This sequel to the 2010 action-adventure Red reunites Bruce Willis (A Good Day To Die Hard), Helen Mirren (Hitchcock) and John Malkovich (Warm Bodies) as a team of retired CIA operatives on a mission to track down a missing nuclear device. Traveling throughout Europe and facing terrorists, assassins and power-crazed government officials, the crew must use its old-school skills to save the world. Bonus features include deleted scenes, outtakes and behind-the-scenes documentaries

One of the most popular video game series of all time continues with the latest edition of its acclaimed racing simulator, featuring more than 1,200 vehicles on nearly 70 new tracks. Other new features for the sixth version include a redesigned physics engine, allowing for the most realistic driving experience ever programmed, and new customization capabilities that allow players to design their own circuits. The new installment also includes mobile device compatibility, allowing players to take their game from their TV to their smartphone, tablet or PC. Available for PlayStation 3.