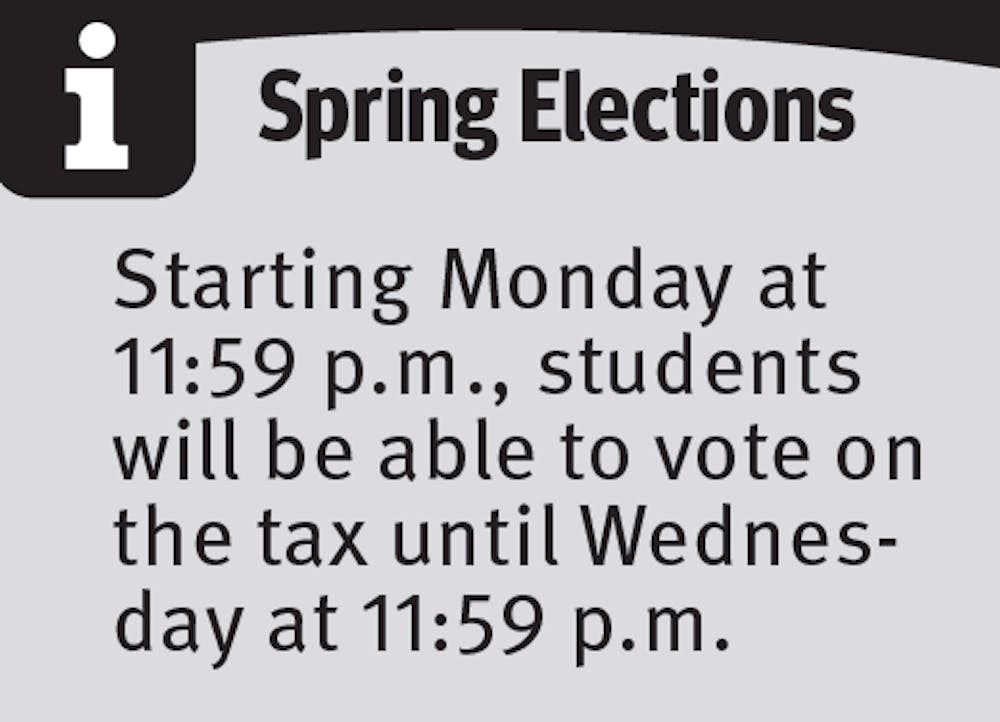 Rice students are known for their steadfast devotion to Rice's most famous tradition, Beer Bike. However, next week, the second round of the SA Spring Elections will test whether students are willing to back up their support of Beer Bike with their wallets.

Because current funds allocated for Beer Bike have not covered costs for the event in over five years, Rice Program Council is hoping to raise the blanket tax for the event from $5 to $10, Beer Bike Coordinator Philip Tarpley said.

Beer Bike usually costs about $40,000, Tarpley, a Brown College senior, said. Event revenue has not gone up since the '90s, while costs have been significantly increasing, he said. The presence of the Rice University Police Department and Rice Emergency Medical Services at the event, for instance, were previously free but now require payment.

Furthermore, Facilities Engineering and Planning now charges to set up the bleachers that students sit on during the races; because the cost of this is too high this year, there will be no bleachers at the event, Tarpley said. Tents for each college will be set up in place of the bleachers.

To help cover costs in the future and to keep from going into debt, RPC originally suggested raising the tax to $8, but Jones College President Stephen Boswell motioned for this to be increased to $10 to provide for a reserve in case the cost rises again next year or there are unexpected costs this year.

"This would give Beer Bike a little extra breathing room in case we need to do any capital improvements to the track, or we can help the colleges out," Tarpley said. "We're giving colleges these party areas and providing tents. In the future, we would love to be able to cover that cost because we don't want to give the colleges any more monetary burden than they need."

"This is a favorite event," Tarpley said. "If it's going to continue, this blanket tax increase is a necessity. To get it, we need two-thirds of everyone that votes to vote 'yes,' and there needs to be 20 percent of the student population voting. If we get 19 percent, and everyone says 'yes,' it's still not going to happen, so we need to get people to vote."

If the blanket tax does not pass, then the cost burden will fall on the colleges, Grodek, a Martel College junior, said.

Molly Chiu contributed to this article.