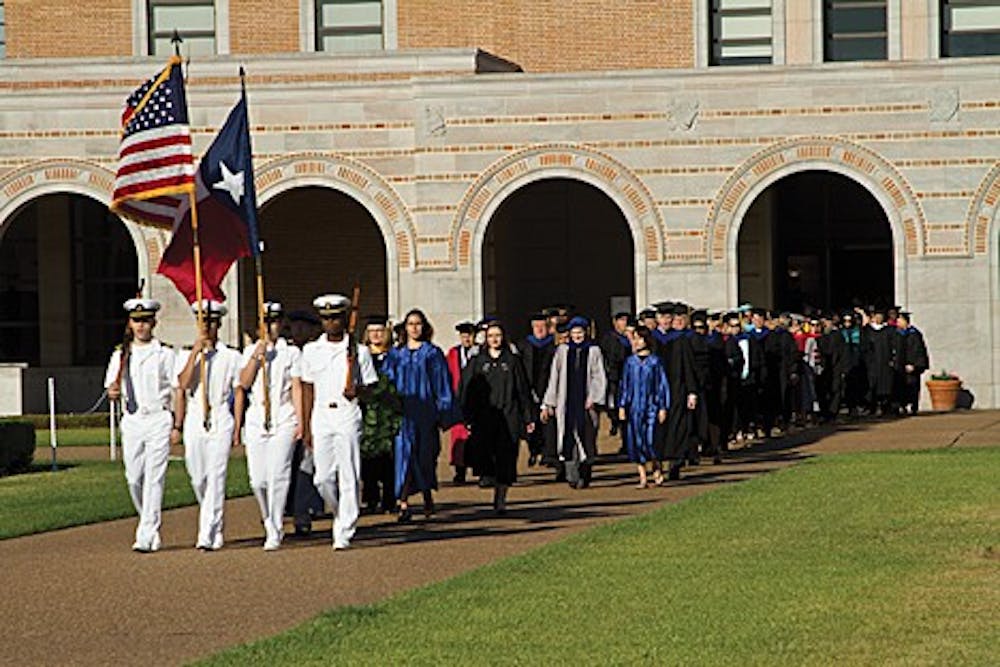 David Brooks addressed the 98th graduating class last Saturday that perhaps they should have all majored in marriage, emphasizing that happiness comes from family and friends not the workplace.

"Today you get your degree, but if you are like most college grads, you will spend the next decade of your lives moving from city to city, school to school and from job to job, experimenting with different careers and lifestyles," Brooks said.

Brooks is a New York Times columnist who graduated from University of Chicago in 1983. He has previously worked for Newsweek, National Public Radio, The Wall Street Journal and PBS.

Though Brooks focused on what graduates should do after graduation and described how graduates today tend to move around much more than they used to and do not settle nearly as quickly as their predecessors, he explained that it is marriage that what will truly matter.

"But the fact is the surest way to measure whether a person is happy, healthy and well is to ask: How deeply is that person enmeshed in deep passionate commitments [...] You have to be enmeshed. Happiness, at this level, is a group project. It doesn't come from inside. It comes from outside," Brooks said.

He further emphasized the significance of marriage by saying it will be one of the most important decisions of a lifetime. As a method of making this decision Brooks recommended startling your future spouse and measuring their reaction.

"The startle response is a very accurate predictor of that person's underlying temperament," Brooks said.

Rachel Gibbs, a Jones College senior, said she thought emphasizing marriage so much was strange.

"I felt like if marriage were a company, it would have paid him to endorse it," Gibbs said. "I thought it was an interesting take on a graduation speech though, instead of all that ‘you can do anything stuff.'"

"I thought his comment about marriage being the most important choice of your life was really thought-provoking," Serrano said. "It made me think that marriage really is extremely important."

For all other decisions aside from marriage, Brooks said all you have to do is flip a coin.

"But don't go by how the coin flips, go by your emotional reaction to the coin flip. Are you happy or sad it came up heads or tails? That is your deepest self telling you what it wants," Brooks said.

Taking into consideration both the home life and a career, Brooks said circumstance in general is really what should be focused on. The graduate should ask themselves how a circumstance is challenging and what could be gotten out of it.

Brooks then explained that as jobs are taken and graduates move away from college, they should focus not on themselves but on the circumstances they encounter. Happiness will be found by working through whatever issues come their way, Brooks said."The message of the summoned life is that you don't need to panic if you don't yet know what you want to do with your life," Brooks said. "But you probably want to throw yourselves into circumstances where the summons will come."

"The tasks and summonses are the center. Your happiness and your worth is a by product of how you engage them," Brooks said.

As new graduates, Brooks said it is best to forget trying to be someone already but to embrace what comes along.

"I think the journeys and the relationships come first and our personhood emerges slowly over decades out of them," he said. "The purpose in life is not to find yourself. It's to lose yourself."