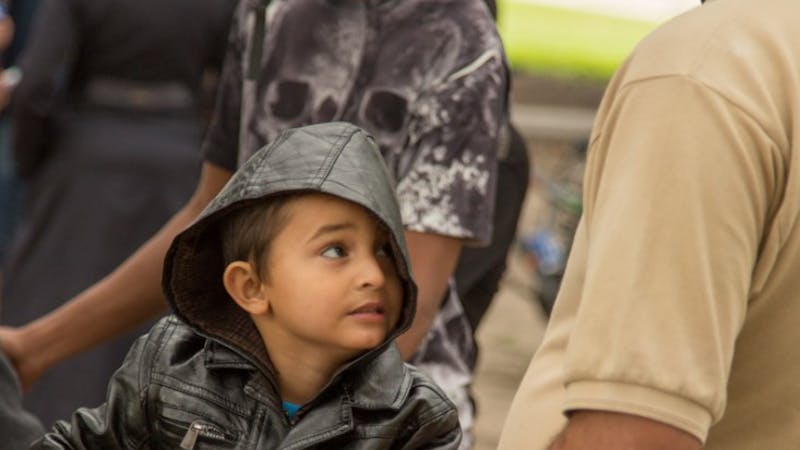 Rice Bikes is working to expand its involvement in the Houston community, partnering with an organization called Freewheels to help refugees in Houston, according to general manager Madeleine Pelzel.

The Hoot’s move from the north and south locations to the central location at the Rice Memorial Center is approaching its two-month anniversary.Initially the Hoot accepted that they might not do as well at their new location.“We were prepared to not do as well this semester because of the initial change, but we are doing way better than any of us expected,” general manager Joanna Weedlun said.Weedlun has been general manager of the Hoot since April 2014. Weedlun, a Hanszen College senior, said the Hoot’s move was strategic.“We wanted to move to a location that was central on campus [where] we could streamline our operation,” Weedlun said.The Hoot expected to lose revenue initially after this move but has been pleasantly surprised by the results thus far.“We came in and thought that this was going to be a great move for us down the line, but we have found that we are already exceeding business we thought we would do,” said Weedlun.The Hoot’s finance manager Amy White said the move has not contributed to a net gain or loss in revenue.“Looking at the data now, we are on par with our figures from last year,” White, a Duncan College junior, said.The Hoot is very happy with the consolidation effort, since they can now operate more efficiently from the one location.“The move has made it logistically a lot easier and saved expenses [with regards to] delivery to two locations and employees [for example],” White said. “From what we have seen this semester, we are very happy that we moved and are excited to see what the future will bring.”Even though the Hoot is satisfied with its move, some students are still disgruntled. Martel College sophomore Austin Au-Yeung was upset by the move.“I don’t look at the Hoot for [a] late night snack anymore because of the walk,” Au-Yeung said.Weedlun and the rest of the Hoot managers realized the potential inconvenience of the walk but believed it would actually be serving a greater part of the student body coming from buildings like Fondren Library and Anderson Hall.  “We knew moving the Hoot would be easier for people in academic buildings,” Weedlun said. “Also, the Hoot’s goal is to serve all of Rice, not just undergraduates. The move and increasing our operating hours enables us to serve the graduate student population as well.”For now, the Hoot seems content with the changes.Other student-run businesses have noticed the move as well.Martel College junior David Behrend, the current finance manager of Coffeehouse, said he noticed the change that the Hoot has brought to the student center.“In terms of sales, we haven’t seen a change in our numbers. However it seems like there are more people in Coffeehouse and the RMC in general at later hours than in previous semesters,” Behrend said.Jones College senior Victoria Chen, finance manager of Willy's Pubs said the Hoot’s move has been beneficial for Willy’s Pub.“I wouldn’t say the Hoot brings us more sales, but it does make the experience of trivia and Thursday a little better,” Chen said. “Having the Hoot enables our bartenders to sell more drinks, which is where we make most of the money, rather than wasting time making food.”