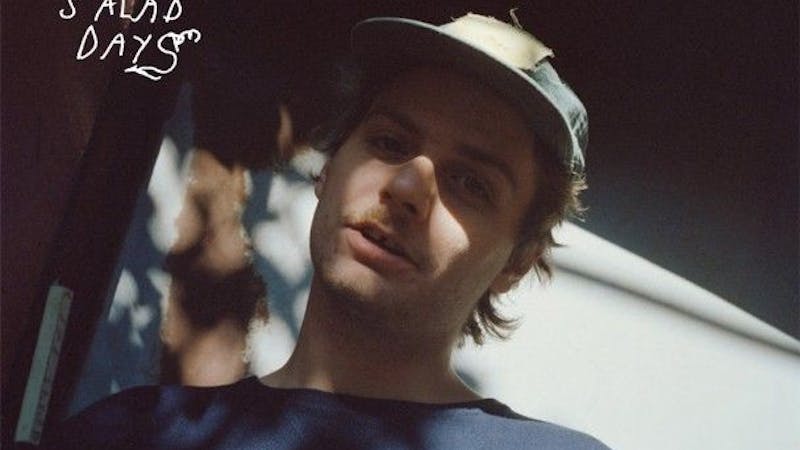 2014 in Review: Music highlights, lowlights and everything in between

2014 is nearly over, and the music world has all but come to a close until January, unless we get another surprise Beyonce or (fingers crossed!) Kendrick Lamar album for Christmas. Rather than rank albums in a giant head-to-head end-of-the-year list, I decided to give various eclectic awards to a select group of albums that represents music from a variety of genres.

This past year’s Barclaycard Mercury prize winner was Dead, the February release and debut LP by Scotland-via-West Africa hip hop trio Young Fathers. A confident rap record blending heavy Afropop influences with topical, socially-relevant lyrics, the record is a forward-thinking departure from recent electronic and rock winners (James Blake, alt-J) and further advances the globalization of musical cultures and genres.Young Fathers consists of Kayus Bankole, son of Nigerian immigrants, Liberian-born Alloysious Massaquoi and Edinburgh housing project product G Hastings. From the beginning, the trio does not sound like a typical rap group. The exuberant and heavily-accented Massaquoi begins the record with the line, “Sitting in the parlour offerings of flour / Milk plantain rice for the bridal shower,” a life worlds away from Drake’s or Kanye’s standard depictions of nightclubs and mansions. Growing up against the background of civil war in Liberia, Massaquoi’s lyrics are understandably filled with violent imagery. “Forgive them Lord you lost your child / gotta get them now,” he laments in “War,” before falling into the haunting chorus of “This is war / C4.” Five songs into Dead, it is blatantly apparent that this is indeed an album about death.While those first five songs are absolutely dynamite, the album stalls a bit in its second half. “Hangman” contains lyrics as scathing and direct as any on the album, but the emptiness of the atmosphere and distant, echoing chorus create perhaps too passive an environment for the song’s content. The record ends on a bit of a low note with “I’ve Arrived,” a lurching song riddled by horns and overproduction without a clear narrative.Still, the strength of the majority of these tracks, alongside the frightening and all too real subject matter, make Dead a rap album not to be skipped. For many of us, it can be hard to face the realities of the developing world, but when it is delivered through a medium as exciting as Dead’s, the artist succeeds in at least raising awareness while the listener gets a jam of a hip hop record. And, above all else, Dead is indeed one hell of a jam.

Albums and Abominations: Built on Glass [A]

Some albums make you think, like the multi-layered dramas penned by The National. Others make you feel, like the heart-wrenching ballads on Arcade Fire’s Funeral.

“And the only thing that really matter is the one thing I can’t seem to do,” vocalist and lyricist Martin Courtney sings on “Talking Backward,” the third song off New Jersey-based jangly, indie-pop band Real Estate’s third LP, Atlas. Although the track gives some insight into his emotional dilemma, there is the ever-present sense that we are missing something. If this was a 60s-pop lyric, we would safely assume the “one thing” is to say is “I love you,” but Real Estate always leaves the listener feeling a bit unsure, partly because Courtney uses words so sparingly, but also because the eternally sunny, bright landscape created by Real Estate’s trademark trebly, wavering guitar lines always seems to cloak even the darkest lyrics in radiant light. 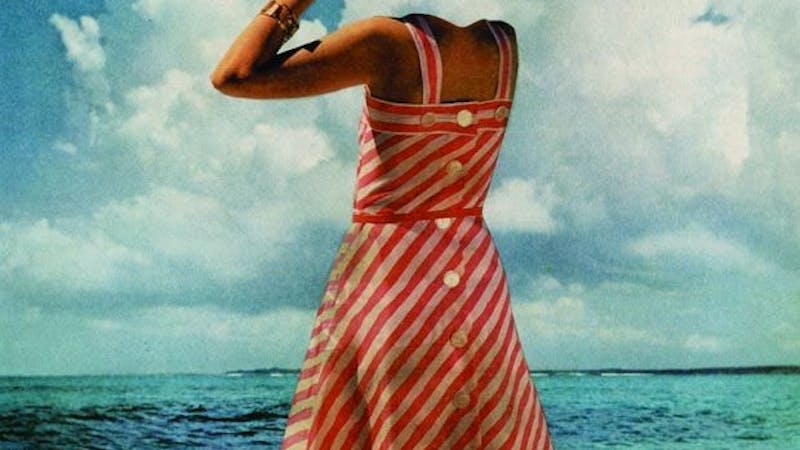 Albums and Abominations: Singles [B ]

Where the 2000s will be seen by some as the great rock ’n’ roll revival era, boasting scores of new guitar bands paying homage to the legendary rock bands from 30 years earlier, the 2010s may be seen as the revival of synth music, paying similar dues to the founding synth and progressive groups of the 80s. 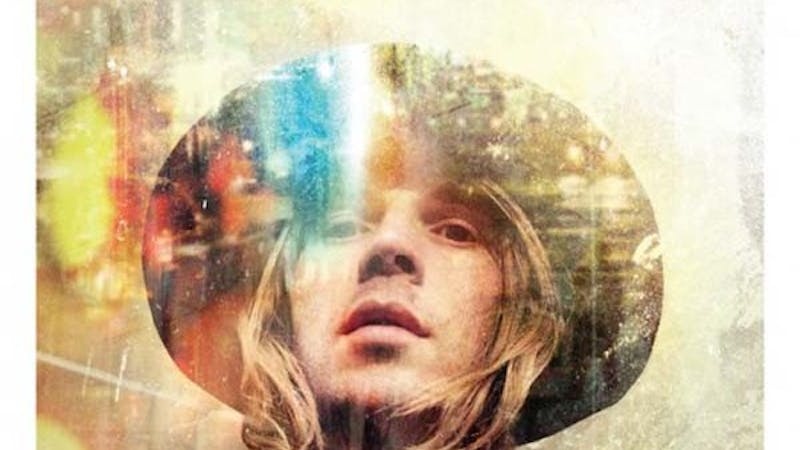 When it comes to music made by Los Angeles songwriting veteran Beck Hansen, aka Beck, I think Bender from Futurama said it best: “I always dreamed of being a musician-poet who transcends genres even as he reinvents them, just like you!”

Favorite tracks: "Going Out," "Nightingale" and "Inauguration" Album available for $9.99 on iTunes.

Favorite tracks: "Going Out," "Nightingale," and "Inauguration" Album available for $9.99 on iTunes.Almost exactly two years ago, a young(er) Benjamin Huber-Rodriguez reviewed his first album for the Thresher. It was the charming debut album Hospitality by the little-known indie pop band out of Brooklyn of the same name. While Hospitality has not taken off in the ways I had expected, its second full-length album Trouble brings all the catchy hooks, witty lyricism and surprising mid-song curveballs of the debut record alongside significantly darker production and songwriting. If Hospitality was the bright, daytime version of New York, Trouble is its nighttime companion - slinking, shadowy, low-key at times and even a bit sexy. When it works, the combination is both infectious and subtly dramatic at the same time.If there were any doubt that Hospitality has never deviated from its formula for catchy, upbeat pop songs, it is shattered exactly 19 seconds into the opening track, "Nightingale," when singer Amber Pampini is interrupted by the most Black Keys-esque blues rock riff since the last Black Keys album. The song then disappears for a while, with Pampini accompanied only by single bass notes, until the drums roll in and the song explodes once again into an indie pop anthem. The song is a statement of purpose for an album out to prove that it can play the role of Columbia Twee Pop and inventive sonic manipulation at the same time.The content of Trouble often describes the same mid-20s anxiety that has become blogger fodder as of late (see HBO's Girls), but Pampini manages to add just enough personal detail to keep the songs interesting. "Inauguration" is an album standout that excellently captures the apathetic melancholia of simple breakups. There is nothing cryptic here, no metaphors to unravel, just the kind stream of conscious writing that comes off as both deeply personal and arrestingly poetic. The bleak background of echoing, scratched guitars and thumping toms captures the feeling of utter aloneness beautifully.  Where Trouble fails is when the group spirals into monotony. "Last Words," for instance, is an extended, nearly seven-minute synth jam that contains some highly processed guest vocals that break the mood set by Pampini. Still, the scant strummer that nearly ends the album, "Sunship," contains perhaps the most beautiful moment on the album, with the lilting acoustic guitar coming out of the darkness to be greeted by a brilliant french horn solo before drifting off into the horizon for the coda.Trouble is catchy as hell and reveals some excellent observations. The range of musical influences and styles diversifies the listen, while juxtaposition between playful upbeat tracks and sparse closeness of more halcyon pieces make the record as a whole an interesting experience. The lyrics trudge through the same territory as a dozen other talented indie bands, but as Pampini continues to navigate post-collegiate life while punctuating all her songs with the starkness of each new realization, the sound of her discovery is music to our ears.

When Beach House, a Maryland duo, first put out minimalist tracks with spacey, echoing vocals, the music community dubbed it "dream pop." That same style quickly caught on and was reinterpreted until the genre was saturated with watered-down dance music, shoegaze and everything in between. Luckily, Warpaint has emerged from the late 2000's dream pop swamp with new music that is simultaneously subtle and powerful while placing the listener exactly where the genre intended: in a dreamlike trance that moves and sways with the dips and turnsof the album.  Warpaint is a four-piece all girl band from Los Angeles who found a deal with notable indie label Rough Trade after their music was discovered on MySpace. Warpaint is the group's second full-length album, a follow-up to 2010's The Fool. While the sonics have changed little since that record, early 2014 seems an ideal time to inject some oscillating, waltzing balladry after last autumn's run of big rock records (Arcade Fire, Arctic Monkeys, etc.). Intro track "Keeping it Healthy" begins with a beautiful guitar arpeggio over a 7/8 rhythm that seems to be constantly building to some explosion, only to fall back to a snare and toms marching beat behind spacey falsettos and punctuating bass notes. Many tracks on the album tiptoe the fine line between excellent, complex arrangements and going for too much. However, more often than not, the band succeeds. On "Feeling Right," a jagged, Radiohead-esque high hat pattern plays around with a bouncing bass line and spacey, interplaying guitars that fill the song from either side of the stereo production, while the vocals sit atop the symmetrical structure with a chorus of echoes before the drums finally break the peace for the song's final 20 seconds. When the band diverges from the quite flexible formula of intricate arrangements and interesting, rhythmic drum patterns, the results are mixed. "Teese" succeeds as a bare-minimalist strummer that skims along a pond surface but never breaks through. But on "Disco/Very," the dancefloor backbeat and overproduced, pop-style vocals are both grating and an unwelcome break in the halcyon atmosphere created by the album.  As a whole, the lyrics of the record fit the music well but fail to describe anything interesting. The journey taken on "Keep It Healthy" aligns with the song's wandering pace. Warpaint is highly visual, with each track transporting the listener to various nighttime scenes that tell more of a story than the words ever could. The band plays to their strength, producnig detailed, layered pieces that turn the listener's head around with each listen, and in doing so, eclipse any preconceived notions about what their band is supposed to be or sound like. So what do they sound like? That depends entirely on one's own imagination.

In the wake of the Internet came a whole new way to gain fame in the music world - make something that people want to listen to, put it on YouTube, gain fame overnight. Such is the story of Wesleyan-Brooklyn-based rap trio Das Racist, who made waves with their 2008 jam "Combination Pizza Hut and Taco Bell" before releasing two impressive mixtapes and a single debut album prior to breaking up to pursue solo careers. From the ashes of the group have risen an impressive and prolific run of five mixtapes from one of two primary Das Racist rappers, Victor Vazquez, aka Kool A.D. His latest mixtape, Not O.K., demonstrates his further development as a rapper since the breakup of the group while returning to the style of his Northern California roots.