The Rice University women’s basketball team played its last two regular season games this past week against the University of Texas, El Paso and the University of Alabama, Birmingham before losing to Florida International University in the first round of the Conference USA tournament on March 10. 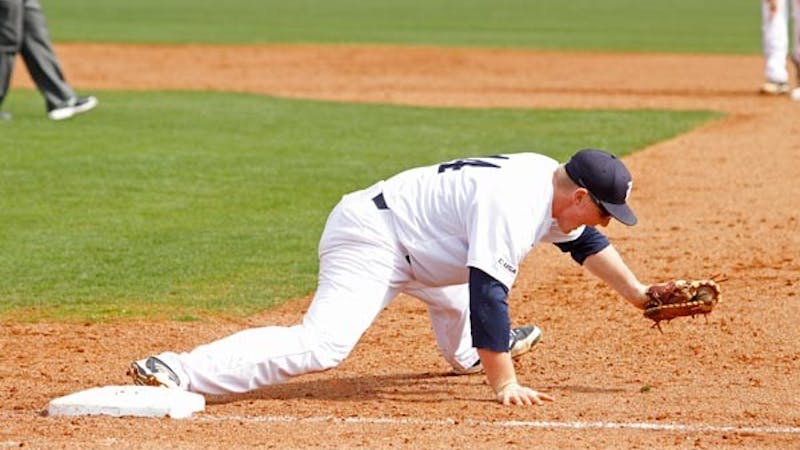 The Rice University baseball team opened conference play on Friday, March 7 against Old Dominion University in the first of a three-game series. In the first meeting, the Owls pitching staff performed well in a 4-1 win. 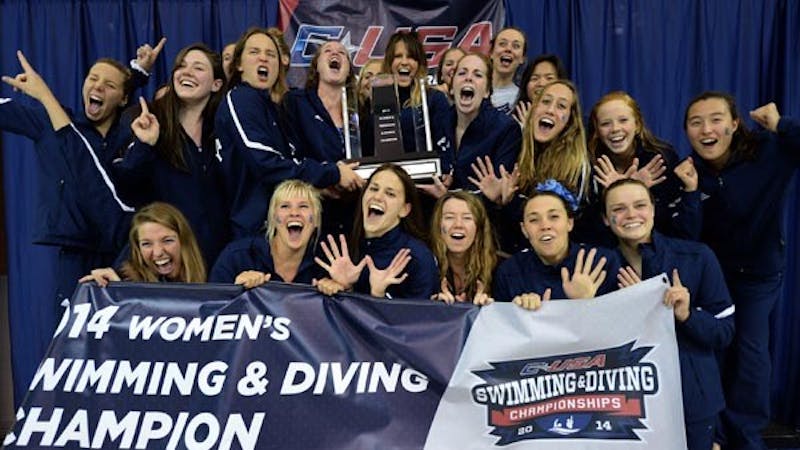 The Rice University men’s basketball team extended its losing streak to four games last week and has lost 14 of its past 16 games. The Owls lost 55-51 to Old Dominion University on Thursday, Feb. 20 and dropped another game 67-55 to East Carolina University on Saturday, Feb. 22. 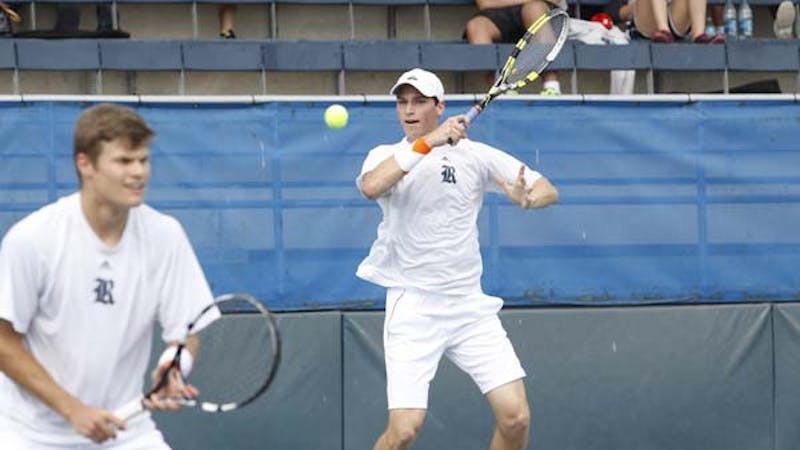 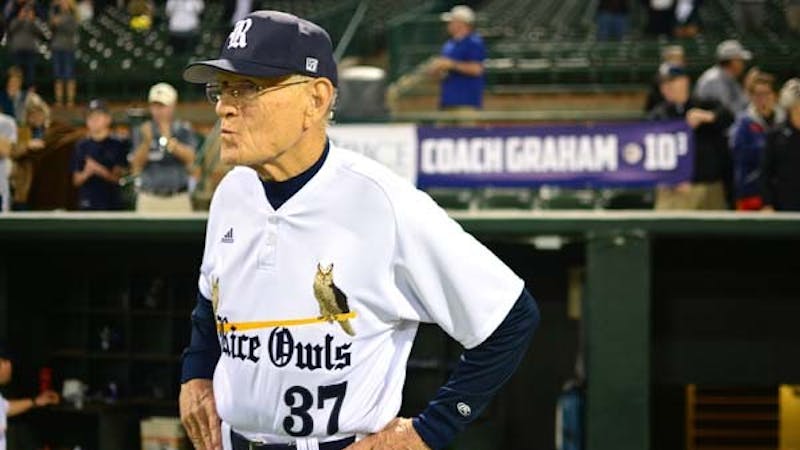 Rice University women’s tennis had a successful run this past weekend at the Blue Gray National Tennis Classic but lost 4-3 to the University of Alabama in the championship match. 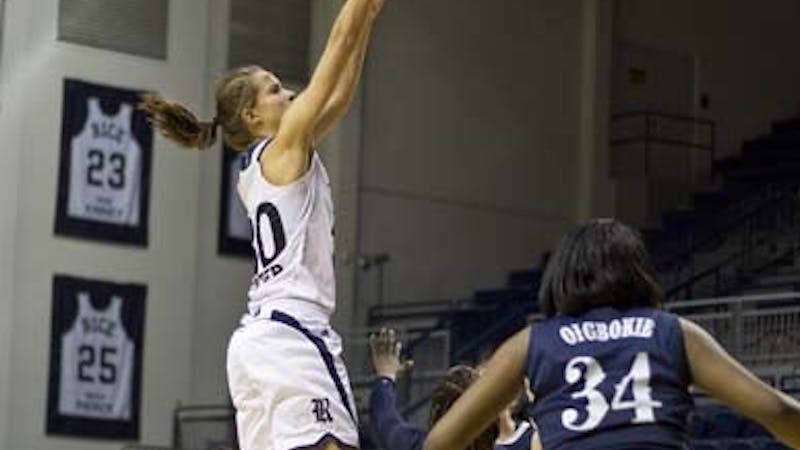 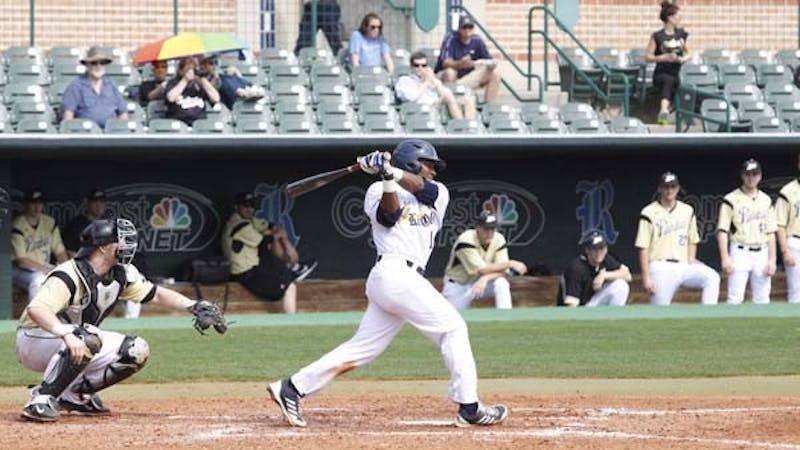 By Rice sweeps Boilermakers at home

Rice University earned its first series sweep of the season against Purdue University, which started Friday, Feb. 21 and ended Sunday, Feb. 23. Sunday’s 23-3 win against the Boilermakers marked the Owls’ biggest offensive output since the 26 runs scored against the University of California, Berkeley in 2010.

The Rice University men’s basketball team dropped their fourth game in five tries on Saturday, losing 85-46 to Louisiana Tech University in Ruston, La.  The Owls (7-17 overall, 2-9 Conference-USA) suffered their worst loss of the season against the Bulldogs, who are 21-5 overall and 9-2 in conference. 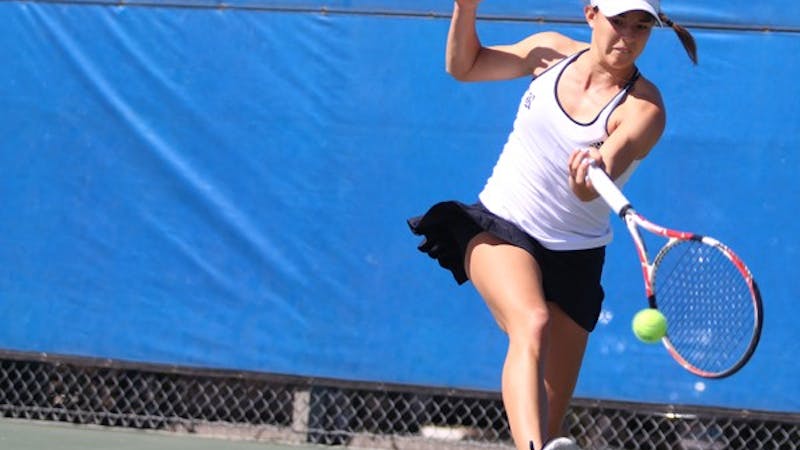 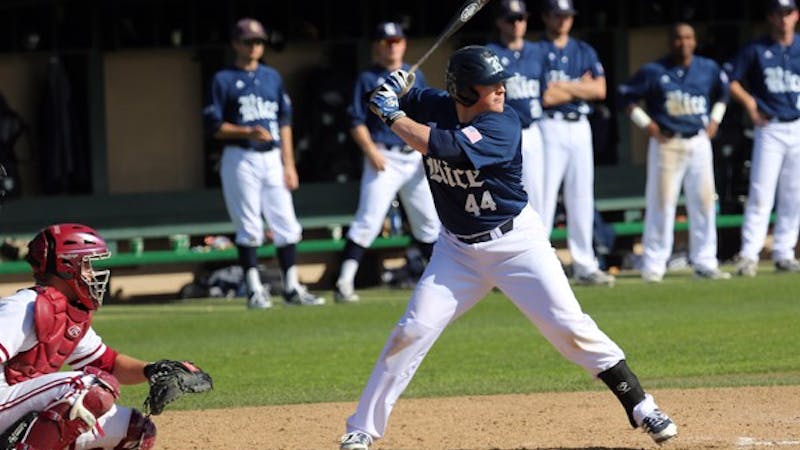 Rice starts off season hot at the plate

The Rice University baseball team opened its 2014 season against No. 25 Stanford University this weekend with a strong showing at the plate. Rice earned a total of 29 hits and 18 runs in their three days at Palo Alto, Calif.

After a close 4-3 loss to Southern Methodist University over the weekend, the Owls head into the 2013 Conference USA tournament, which will be held in Memphis, Tennessee. Rice University finished the regular season with a 10-13 record and will have to win the C-USA tournament if it wants to qualify for the NCAA tournament.

After 12 straight wins, a No. 20 national ranking and a record of 17-4, the Rice University women's tennis team closed out one of its best regular seasons in history. To make the ending even sweeter, a senior, captain Katie Gater earned the winning point in last Saturday's Senior Day match against the University of Utah to give the Owls a 4-3 victory.

Rice University's baseball team is currently ranked No. 23 in the nation. However, another baseball team exists on campus that many students may be unfamiliar with despite its similarly impressive track record. Formed in 2004, the Rice club baseball team has now played in more than 100 games, but the team had a rocky start.

The Owls men's tennis team knew it was do or die heading into the 55th Rice Invitational, and they answered with three wins against Radford University, Oregon University and Texas A&M University, all ranked opponents. The wins vaulted Rice University to the .500 mark for the first time since it was 2-2 at the beginning of the season and put the Owls back in the conversation for a possible at-large bid to the NCAA tournament.

This weekend, hundreds of alumni will return to campus for Beer Bike. Many of my friends who are coming back are a year, two years, three years or more removed from their Rice University graduation. They will come back and see the organizations they led going in new directions. They will enter their old familiar commons and see it filled with unfamiliar faces, and they will go to the bike track and watch the bikes go around while only recognizing a few of the names.The whole thing reminds me of Michael Jordan. Allow me to explain.A month ago, Wright Thompson of ESPN published an incredibly insightful and poignant profile of Michael Jordan on the verge of his 50th birthday. Thompson explored how the characteristics that drove Jordan as an athlete, particularly his ability to turn every slight, real or imagined, into fuel, have become a challenge in retirement. He documented Jordan in the midst of a transition: moving, remarrying and dealing with aging. Thompson wrote of Jordan not as a myth, but as a man, featuring his shortcomings as well as his most redeeming characteristics, showing the human element of the athlete who for a generation seemed superhuman. Clearly, it would be a bit of a stretch to compare any returning alum or any student here now to Jordan. However, our college careers are in many ways similar to athletic careers, even if most of us are more like one of Jordan's teammates whom we now struggle to remember.Like athletic careers, our collegiate careers are years of high pressure and high intensity. Instead of being judged on wins and losses, points and turnovers, we're constantly graded on papers and problem sets and exams. Like athletic careers, our collegiate careers are times in which we receive large amounts of attention. Right now, many of our accomplishments, both academic and extracurricular, are celebrated by our peers, by our mentors and by those outside of the hedges - and they should be. Yet as time passes, the significance of those accomplishments in the eyes of others begin to diminish. And like athletic careers, our collegiate careers quickly come to an end. Because of the parallels between the two, it is worth contemplating what lessons we might be able to glean from the athletic careers of others to improve our own collegiate ones. The first might be the importance of not taking the present for granted. In sports, there is  always an emphasis placed on the next game, the next season, the next summit to be strived for, just like in college there is an emphasis on the next test, the next grade, the next job or the next graduate school. This emphasis on the future is part of what makes us great, what makes us never settle. But when it completely overshadows every accomplishment along the way, I believe something is lost. Appreciating each summit and peering up toward the next one should not be mutually exclusive, and those who are able to balance the two tend to have the most success, deal with adversity the best and be the most satisfied. A second lesson might involve learning to deal with the dynamics of intra-team competition. In sports and in college (and likely in our jobs), we face a strange dynamic in which our teammates are in some sense also our competition. We might be competing to win the race, to get playing time, to get the A+, or to get the selective internship or fellowship. The most successful teams are the ones that can balance these competing interests to make everyone better. A final lesson revolves around becoming comfortable with the effects of time. One of the most interesting parts of the profile on Jordan highlighted him watching a SportsCenter debate on whether Joe Montana or Tom Brady is a better quarterback."They're gonna say Brady because they don't remember Montana. Isn't that amazing?" Jordan quipped. The question for Jordan - and for us - is: Does it matter? Does time diminish or change the importance of Montana's accomplishments if people are partial to what they know and remember? After all, four or five years after we graduate, there will be few people at Rice who remember us.One important piece of the answer likely comes from the fact that Montana was someone who inspired Brady. Moreover, Brady is likely inspiring the next great quarterback as well as thousands of others. And Montana himself was likely inspired by a quarterback who is no longer even in the conversation. Likewise, the impact each of us has while at Rice will spread in ways we cannot fully see or understand, even as the recognition of what we have done diminishes. Is that something we can embrace?When we return to see our old organizations going in new directions, or to see our old commons filled with new and energized faces, or to see new beer bikers and chuggers becoming stars in their own right, it should not be a cause for sadness. It should be cause for nostalgia, for excitement, for a chance to share a little wisdom with those following the same path that had such a big impact on us.I hope Jordan comes to that same conclusion. I hope that when I read about him turning 60, I will again aspire to be like Mike.    I hope Jordan comes to that same conclusion. I hope that when I read about him turning 60, I will again aspire to be like Mike.

After beginning their seven-game homestand with a sweep of Louisiana Tech University a week ago, the Rice baseball team took on the Harvard University Crimson last weekend in a three-game set at Reckling Park.