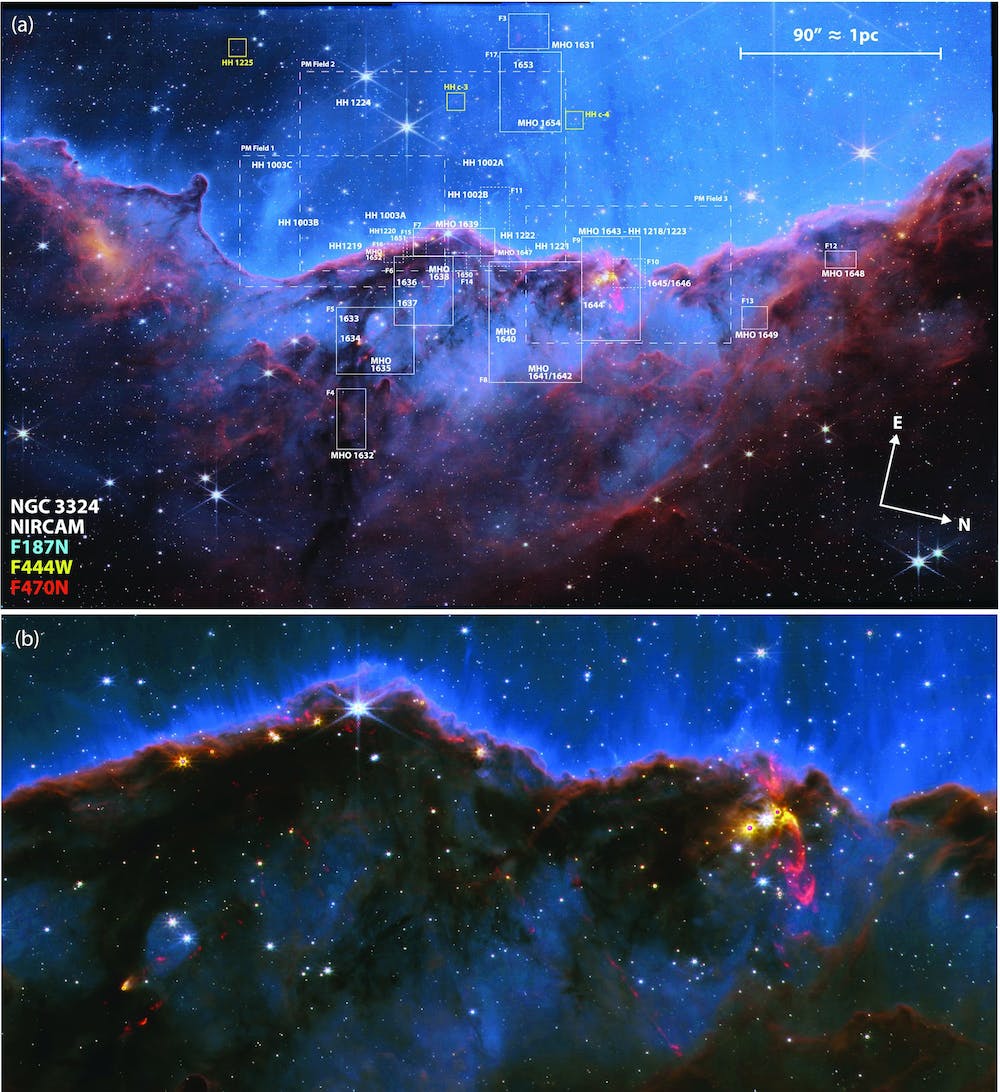 Rice University professor Megan Reiter and her colleagues discovered a previously undetected cluster of newborn stars some 7,500 light years away from Earth. The discovery, published in the December issue of Monthly Notices of the Royal Astronomical Society, was made possible through observations by the James Webb Space Telescope.

Reiter said that the JWST makes a wide range of discoveries that were previously not feasible, partly due to its resolution that is 10 times better than its predecessor, the Hubble Space Telescope.

“[The discovery] is great for astronomers just in terms of learning how to use this new observatory; it’s a nice dataset to work with,” Reiter said. “It also shows the sheer power of the observatory in terms of what kinds of things we can now detect that simply weren’t possible to detect before ... We actually faced difficulty in trying to figure out where to stop in the first paper just because there’s so much data and new stuff to do.”

Vice President of Research Ramamoorthy Ramesh said that Rice University research will continue pushing to bring about new discoveries, including in the field of astronomy.

“What [Reiter] and her collaborators are doing is using information that the telescope is capturing to discover stars that nobody else has,” Ramesh said. “I am very appreciative of what she is doing.”

Reiter said that because the JWST makes it more feasible to detect and observe newborn stars, it will be beneficial in future star formation studies.

“One of the questions that I think my research group is particularly focused on is thinking about how stars, like the Sun, form,” Reiter said. “This is one of those sort of first observations that we can do to get a better understanding not only of how these stars are forming, but also how these stars are forming in the context of their environment.”

Throughout the discovery process, Reiter said that they faced a number of challenges in data analysis and acclimating due to the use of a new telescope.

“One of the challenges with working with a new telescope is that we’re all still trying to understand the telescope itself and how to work with it,” Reiter said. “Calibration, for example, is something that is still very much ongoing and something that we need to improve before the next paper.”

Ramesh said that with a rise in new technology, Rice will increase funding for the Rice Space Institute to push for similar research opportunities in the future.

“[Reiter and colleagues’ discovery] is especially important to Rice because it’s exactly what we’ve been pushing for in our Rice Space Institute, which gets some amount of funding … that is going to increase,” Ramesh said. “I’ve been saying, ‘Hey, look, we need to be solving the biggest problems through research at Rice’ … People like [Reiter] will be a key part of that.”