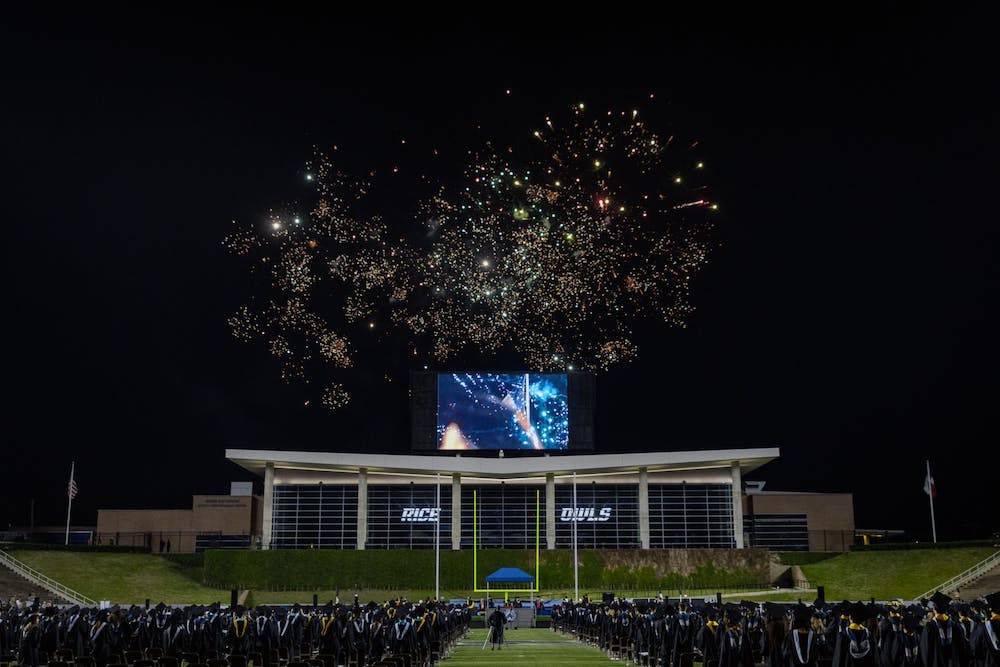 Graduation ceremonies will now become one event for each graduating group, removing the all-student commencement ceremony generally on the second morning of graduation weekend, according to President Reginald DesRoches from a campus-wide email sent on Jan. 10.

DesRoches said that a condensed commencement ceremony will allow graduates to have a more rewarding graduation experience.

“A series of specialized ceremonies that allow each graduate to cross the stage, hear their name read and receive their degree will be a more fulfilling experience for students and their families than spreading the components over two days,” DesRoches wrote in an email announcing the changes.

According to DesRoches’ campus-wide email, there were several reasons that motivated administration to make these changes, including concerns about the Houston summer climate and adding additional burden to graduates and their families.

“We believe the changes made to the May commencement will not only increase attendance, but make commencement a more enjoyable occasion for everyone involved — students, parents, faculty and staff alike,” DesRoches wrote in an email to the Thresher. “This year is ideal to implement such changes given the new administration and our increased student body size.”

Duncan College senior Adnan Lateef said that he expects these commencement ceremony changes to have a positive impact on his overall graduation experience.

“It’s good that it’s on one day; I think it’s easier for relatives or friends to come see [the ceremony],” Lateef said. “Overall, it could be better because I’ve heard people in the past complain about the first [ceremony] being really early [in the morning].”

Will Rice College senior Arjun Sethi-Olowin said that he agrees with the administration’s decision to condense the graduation ceremonies into a single ceremony.

“The reasons outlined for the commencement changes make a lot of sense, and I am glad I have one less [ceremony] to attend … I already was of the opinion that having two separate events didn’t really make sense and combining them seems like a good decision,” Sethi-Olowin wrote in an email to the Thresher.

Sethi-Olowin said that his family won’t need to adjust any plans because of the commencement ceremony changes.

“My mother and brother were already planning on coming for the weekend, so the timing actually works a little better because my brother doesn’t need to miss classes to make a Friday evening event,” Sethi-Olowin wrote in an email to the Thresher.