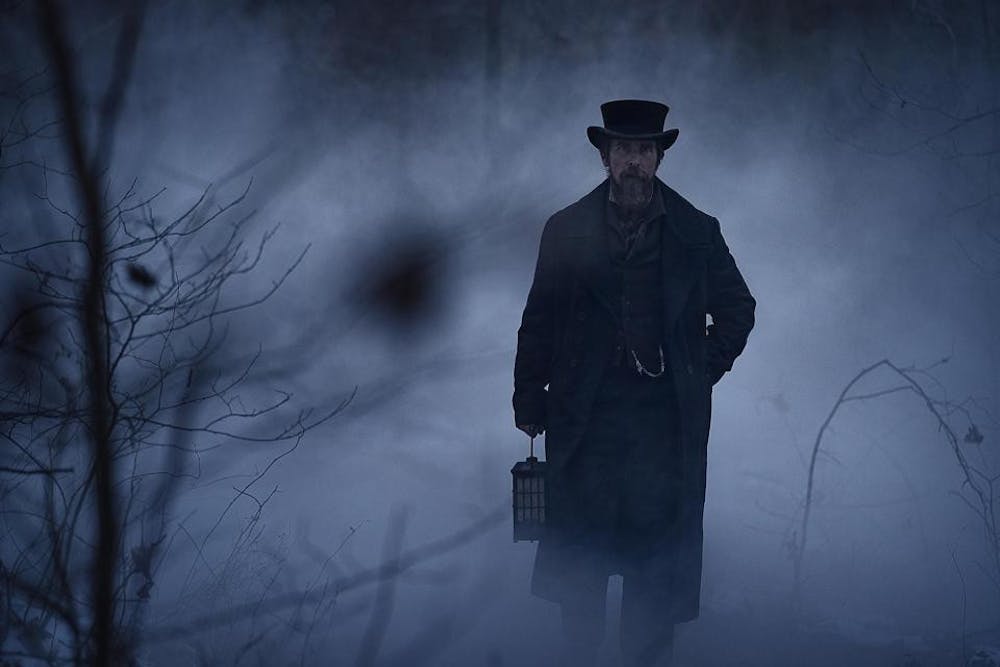 The strongest part of “The Pale Blue Eye,” a collaboration between Netflix and director Scott Cooper, is its premise. Christian Bale plays a detective tasked with solving a murder at West Point in the 1830s. To solve the crime, he teams up with a young Edgar Allen Poe and discovers a web of occult, gothic horrors that underlie the seemingly simple academy. This concept is incredibly sharp — the film creates a backstory that informs Poe’s invention of the mystery genre and casts Bale, a proven actor, in the leading role. However, the film itself is unconfident in this premise and often feels hollow. The end result is a movie that is watchable (if a bit boring), but not nearly as special as it could be.

The key component of every detective or procedural crime story, in my opinion, is the cast. The characters need to be well-defined and the actors need to create depth in the relatively short runtime of a film. “The Pale Blue Eye” attempts this, but always seems to fall short. Christian Bale’s performance as detective Augustus Landor is appropriately cold and stern, but the character feels underdeveloped due to a lack of unique writing. His tragic backstory that unravels throughout the film is very obvious and standard for the mystery genre. Similarly, Harry Melling, who plays Edgar Allen Poe, does a great job of playing the young, somewhat naive cadet, using a Southern accent to create levity and momentum in the story. But again, the character writing becomes one note over time, making the character increasingly irritating.

The other elements of the film also only inspire backhanded compliments. The film is well-shot and constructed, but feels very cold and empty. The camera didn’t allow the audience to sleuth alongside Bale’s character, it just uncreatively presented the events as they occurred. Furthermore, the dialogue often felt contrived. The characters always knew what the right questions were, and those being interrogated were dismissed almost as soon as they were introduced. There were frequent lines that I recognized from the collective consciousness of the mystery genre that could have been disguised by the script better.

It should be noted, however, that all of these issues that I take with the film could be deliberate choices. Bale’s cold performance and the hollowness of the cinematography align with the dark themes of the film. The evil nature of crime is being explored, so it follows that the film would appear unwelcoming. However, other films in the genre are able to appear both intentional in their decision-making and capture a sense of criminal emptiness (watch “Cure” from 1997). “The Pale Blue Eye” does not exist in this camp because of the frequent bits of narration and contrived dialogue that betray this tone. If the filmmakers were intentionally creating something hollow, then the film’s story would have been less straightforward.

Despite all of these issues, the film is certainly competent. The premise made it easy to watch, but equally frustrating because of the lost potential. If you are a fan of historical, revisionist fiction and the mystery genre, there may be some fun to be had here. However, the bad outweighed the good and the film failed to live up to the lofty expectations I had.