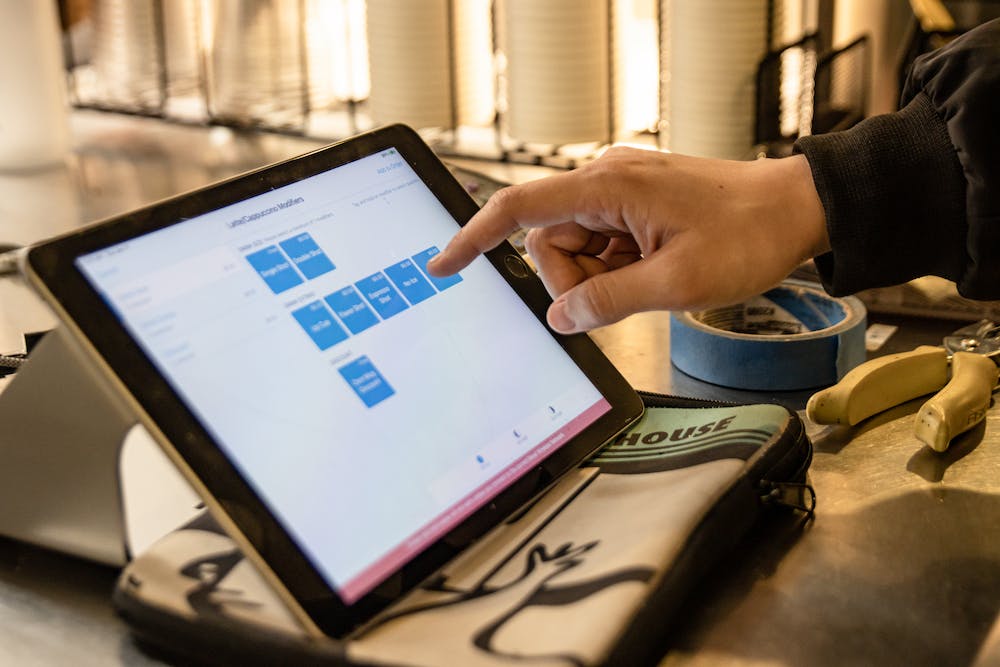 “You were able to use credit cards … but there were just some times the credit card machine wasn’t working correctly because it was just a little bit old, and so credit cards were down on random days,” Lindsay said. “We want to be operational a hundred percent of the time, not ninety-five percent.”

“The implementation of the Revel system was a long process but something that I’m really proud that Coffeehouse was able to do,” Alilonu, a Wiess College senior, said. “I wasn’t able to complete [the project] during my term, and the new management team has been instrumental in ensuring a smooth transition after I stepped down at the beginning of this year.”

Lindsay said these initial hiccups with Tetra were nothing to worry about, as it was not a problem with Revel itself.

“There were a few little challenges [on Wednesday], but those were not caused by the new point-of-sale system. So if you had stopped by Coffeehouse on Wednesday, you may have seen that they weren’t accepting credit card or Tetra [at that time],” Lindsay said. “That was not in any way the fault of the new point-of-sale system,; it was a networking piece that we were able to figure out with IT.”

“It was perfectly fine,” Parra said. “I’ve been fine the whole time, I actually didn’t know there were any issues happening. All I knew was that Tetra wasn’t working.”

The transaction process has also become more streamlined on the employee-end with Revel, according to Lindsay.

“As of right now, all of your payment options are completely open for you. It’s a fairly intuitive system for [the employees].  It’s been working well,” Lindsay said. “You click a piece, and it’s right away going to ask you, ‘Okay what size is that, do you want to add these pieces,’ so it’s actually helped them to speed along their process.”

Coffeehouse employee Timauri Carby said that the new system will take time to get used to, but she is happy the switch was made.

“I like that we are able to credit [more consistently] especially since I don’t have to deal with customers who are frustrated with me for not being able to take credit,” Carby, a McMurtry College freshman, said.