Looking back at Rice’s first year of Gulf Scholars Program 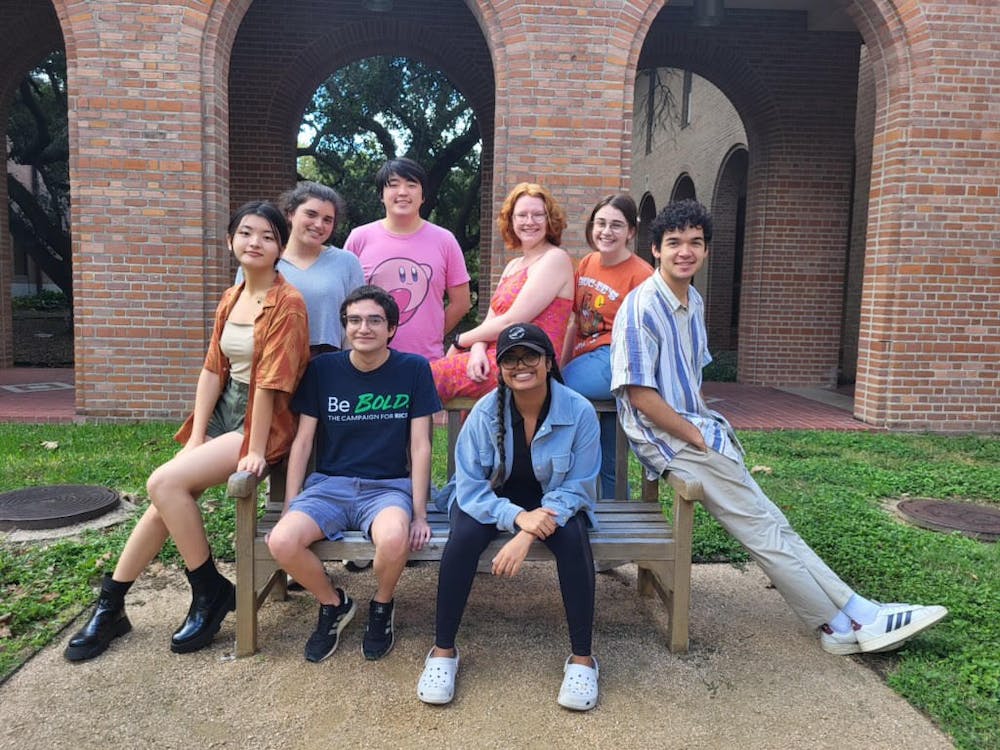 The Gulf Scholars Program at Rice is supported by the National Academies Gulf Research Program, which provides support for similar programming at universities in the Gulf of Mexico region. The environmental studies program specializes in action related to local-level challenges faced by communities in the Gulf of Mexico region. According to the program website, participants will address challenges in areas of community health and resilience, environmental protection and offshore energy safety.

Evan Jasica, a 2021-2022 Gulf Scholar, said that his career interest in climate change and interest in the outdoors drew him to GSP@Rice, where he researched the risks of petrochemical spills in the Houston area. The program’s focus on hands-on work appealed to him, he said.

“It offered the chance to do very community-based research, something that was very practical [and] outside of traditional academia, which I think can sometimes be pretty disconnected to the real world,” Jasica, a Duncan College junior, said. “It felt like research … meant to address decision makers for people living next to major petrochemical plants, to understand that these risks exist and what can be done.”

According to Jasica, the program timeline spans from spring through the end of the following school year’s fall semester and consists of three parts: a student-led discussion in the spring, a full-time internship during summer and a seminar in the fall that examines future directions.

Unlike other research programs, which are typically conducted under larger guidance, Jasica said he appreciated the opportunities for independence that GSP@Rice provided.

“One thing that surprised me about this program was how self-directed it was,” Jasica said. “We talked with our community organizations, and we helped craft a project and research questions that would be helpful to them and feasible for us within our timeframe and abilities. I thought that was daunting, but also a really cool experience.”

Alex Cho, a Will Rice College junior, said his group worked with Bayou City Waterkeeper on disparities between communities with their drainage infrastructure.

“We’re examining which neighborhoods have the most sewer overflows and flooding and other types of incidents, and we compare that to the type of drainage systems that they had,” Cho said.  “That was one part of our deliverable, and the other one was a toolkit for communities and neighborhoods to understand how they can act in response to these incidents, so we can empower them to build up resilience.”

Jamie Padgett, a professor of  civil and environmental engineering and GSP@Rice’s faculty director, said that the program aims to open horizons for students in the ways they can contribute to climate and hazard resilience challenges in the Gulf Coast.

“I hope that each student feels the program contributed to their personal and professional development,” Padgett said.

For Valentina Osorio, who researched chemical storage tank vulnerability against storms and is returning to lead GSP@Rice’s discussion segment next year, the experience helped her develop both collaboration skills and explore the intersection between academic and practical research.

“Learning how to work in an interdisciplinary team and making sure that one discipline isn’t taking over the other is really important,” Osorio, a Hanszen College junior, said. “Working at the interface between academia, community organizations and nonprofits was something that I never realized [could] be intentionally navigated.”

Cho said the program was well-structured and achieved its goals effectively, especially for its first year of existence at Rice.

“There were a little bit of growing pains just because we were the first [cohort], but nothing that actually soured the experience for me,” Cho said. “We all had acknowledged that we were figuring out the motions as we went along and then we finally hit our stride later in this program.”

Despite these growing pains, Padgett said she looks forward to developing the program further and welcoming a new cohort of Gulf Scholars in the spring.

“I am so proud of the cohort and all of the student leaders and peer mentors that have worked on the program,” Padgett said. “Some of the main changes we anticipate [next year] are increased opportunities to participate in GSP-wide programming and events as the national network launches its programming and adds more institutions. This should give our GSP@Rice Scholars the chance to engage with students, faculty and staff from other universities across the country.”