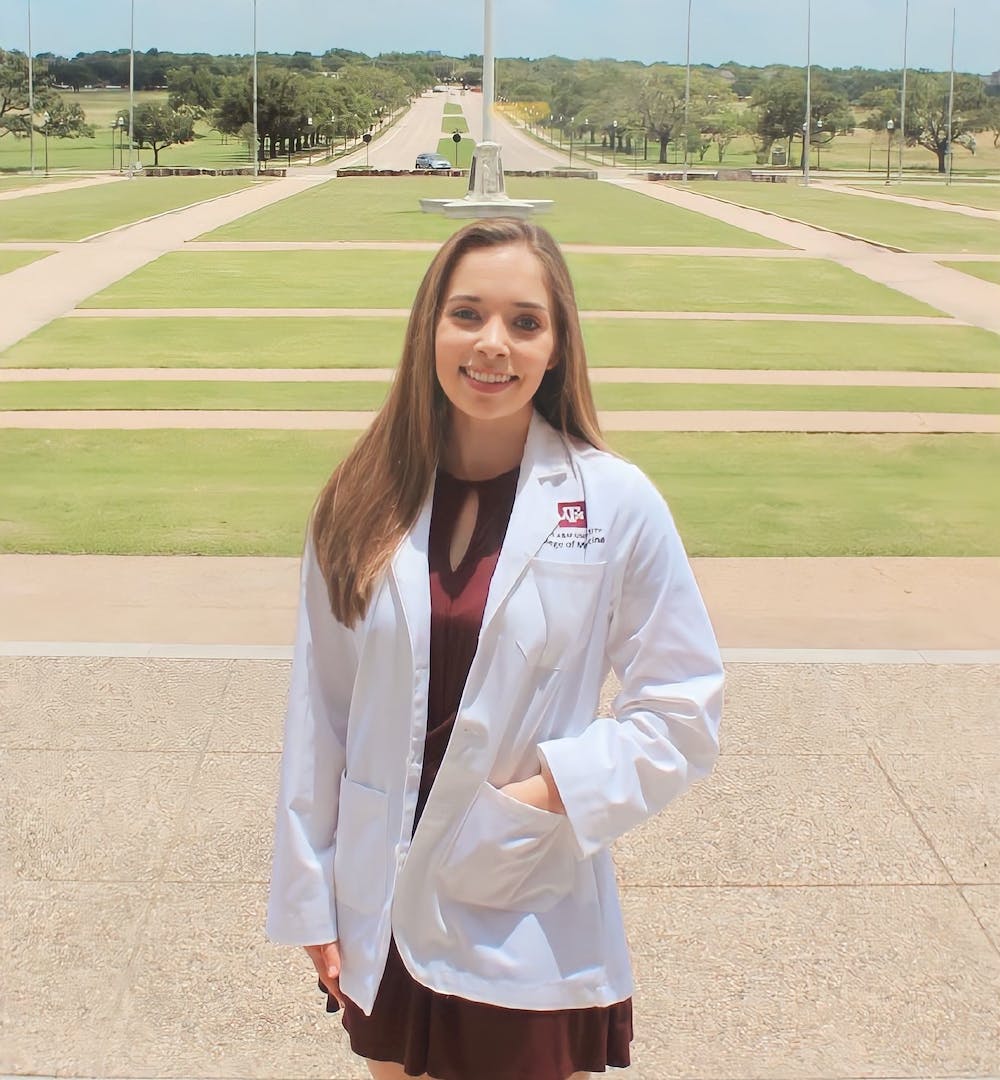 Kamryn Sanamo, a Martel College senior, died on Jan. 5 at the age of 21 after a battle with brain cancer. She was diagnosed with an inoperable brain tumor on July 9, 2021.

Born in Louisiana, Kamryn grew up in Katy, Texas before attending Rice University on a full scholarship. After her first surgery from a basketball injury in seventh grade, Kamryn developed a strong passion for medicine and wished to become a pediatrician. After graduating high school, Kamryn earned entry into the highly competitive Joint Admission Medical Program, guaranteeing admission to a Texas medical school.

Dusty Sanamo, Kamryn’s mother, described her as the most ambitious, motivated and determined woman — a sentiment strongly echoed by her friends and professors. Kamryn’s empathy, evident even through some of her hardest battles, especially stuck with Dusty.

“One afternoon, after a long day of appointments at MD Anderson [Cancer Center], she mentioned how bad she felt for the older patients and [that she] ‘couldn’t imagine how hard it was for them,’” Dusty said. “That will always stick with me, because I’m pretty certain those older people were looking at her thinking the same thing about her, a 21 year old who should not have to sit at MD Anderson all day.”

Savannah May met Kamryn in sixth grade, where the two became close friends through their shared interests in basketball and academics. They both matriculated at Rice on the same career path and were roommates during their freshman year.

“She was a really good friend to me, like the first friend [I] had at Rice,” May, a Martel senior, said. “She helped me through a lot. She was just an overall great human being. Honestly, when we were kids, I thought she was perfect. Because everything she did, she did with so much ease, and it was always right. I really admired that about her.”

As a Kinesiology major, Kamryn took anatomy in Spring 2020 with professor Wendy Schell. Schell said that, despite arriving early to her classroom every day, Kamryn would always be there waiting for her.

“It was always very impressive to me that someone who lived off campus and commuted from Katy could get there before I did, at 7:45 [a.m.],” Schell said. “And I just thought how remarkable [it was to] have to come in from so far, and be not only on time but 15 minutes early every day.”

Schell said that Kamryn, then a freshman, was one of the most hardworking students she has ever taught.

“[She was] just very driven, very goal-focused towards wanting to become a pediatrician and really ate up any of the sciences that were very applicable to the human body and towards medicine,” Schell said. “We communicated frequently by email of ‘I found this article or saw this topic’ or things that related to class, and she just really kind of took things to another level very independently, was very much self-directed, which [was] remarkable for a freshman too.”

Family, friends and professors alike were inspired by Kamryn’s strength and bravery in fighting her illness.

Augusto Rodriguez, a professor in the Kinesiology department, taught Kamryn in two classes during her time at Rice. Rodriguez similarly was struck by Kamryn’s determination to learn and by her work ethic, despite her diagnosis.

“She was always on time, she was reaching out about questions, about making sure that she was on the right track,” Rodriguez said. “I remember thinking that, if it were me, I would probably put everything aside. I mean, I was really impressed how much she wanted to finish school and to keep living life.”

May hopes that people can see how tough Kamryn was.

“Kamryn was one of the toughest people I know,” May said. “The fact that this whole entire time, what she was going through, she never actually gave up, and I’ll always admire that about her. And in the middle of everything, she was still coming to Rice, she was still taking classes … at the end of the day, she was only like three credit hours away from graduating – she’s definitely an inspiration to me.”

Schell said Kamryn’s determination was apparent in everything she did.

“She was very willing to take on anything, whether it was fighting cancer, studying for a test or trying to knock it out of the park for whatever class it was that she was involved in, or just being a good friend,” Schell said. “Nothing was too much of a challenge for her. She had a heart of a lion, ‘I’m going to be this or I’m going to do this extremely determined.’”

Dusty recalled the proud moment when Kamryn received her Rice graduation ring, days before her passing.

“At that time, she was barely responsive, but she gave me a huge smile as I told her what I was slipping on her finger,” Dusty said. “She would have graduated May 2023, on time with her class even after taking a year off for chemotherapy and radiation. I know she will be there in spirit for the ceremony.”

Dusty said that Kamryn maintained her religious faith, even in the worst trials.

“No matter what the results of scans or tests, she remained optimistic and focused on God’s word,” Dusty said. “She stayed focused on being completely healed. Her miracle of complete healing came, but it came on the other side of Heaven’s gates.”

May said that she hopes people remember Kamryn’s powerful strength.

“I hope people can see just how tough she was, and just how much of a fighter she was,” May said. “At the end of the day, Kamryn had big plans for herself, and she wanted to see them through. And nothing was going to stop her.”