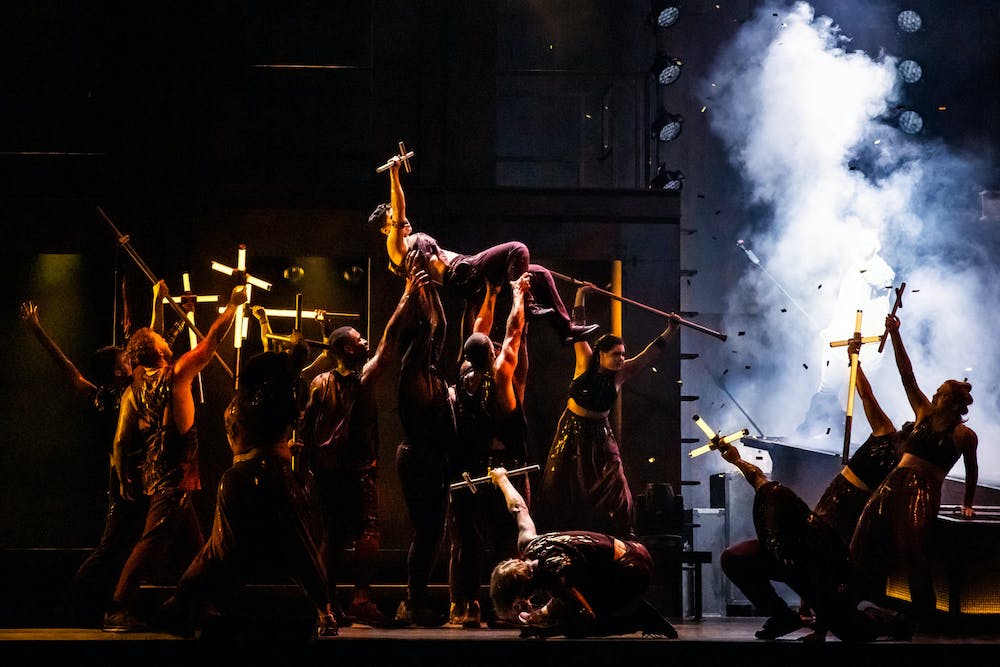 One classic musical has captured the hearts of audiences for ages: “Jesus Christ Superstar.” The show covers the last few weeks of Jesus Christ’s life as shown through the eyes of Judas and merges musical theater with rock classics. Recently, the Thresher got to meet with cast member Colin Roberston to talk about the show’s upcoming run. Robertson plays Peter, one of Jesus’s twelve disciples, and is also part of the general ensemble. The touring production of “Jesus Christ Superstar” will be coming to the Hobby Center Jan. 17-22, and tickets start at $35.

“Jesus Christ Superstar” is Robertson’s first national tour, and he said that the show has a special place in his heart. He said that he grew up listening to the album and dreaming of being a part of it, so this tour sees him coming full circle.

“This is actually one of my favorite shows of all time, it’s very lucky that I get to be in it,” Robertson said. “I’ve wanted to be in it for forever, and it’s a total blessing to be in it right now.”

“I get to play a lot of instruments,” Robertson said. “Getting to not only be in scenes as a character and sing and act and interact, but be over on the sideline playing the bass drum, it’s just super fun to be able to interact in different ways in each scene … I still feel that I’m contributing or I’m in communion with the rest of the company.”

The tour has been running from mid-October of last year and will continue all the way to the end of June. Robertson said he still finds himself learning more about the role even after three months on tour. He said he picks up on nuances in the script and production within each show and is able to see how they impact the production, which has kept him on his toes even while performing the same role.

“I am someone who loves conceptual understandings of things … I’m always noticing new things about the show and then thinking about them and applying them to different things,” Robertson said.

Robertson’s main advice to the audience is to come in with an open mind and to not anticipate a classic theatre experience.

“I think this show is really cool and this production is maybe not exactly what people are going to be expecting,” Robertson said. “I just would hate for people to come in expecting like classic good old ‘Jesus Christ Superstar’ and then be like ‘Why is there glitter?’ ... Be ready for anything and be excited.”

Another word of warning that Robertson would give to viewers is the volume of the production, as the tour brings in large concert style speakers in addition to the venue’s own sound system. He said that he’s looking forward to how the sound production will bring the show to life.

“They put flashing lights and haze [warnings] ... I feel like we also need to be like, ‘Just so you know, it’s loud,’” Robertson said. “It very much feels like a rock concert … It’s meant to be an experience of music that we share together.”