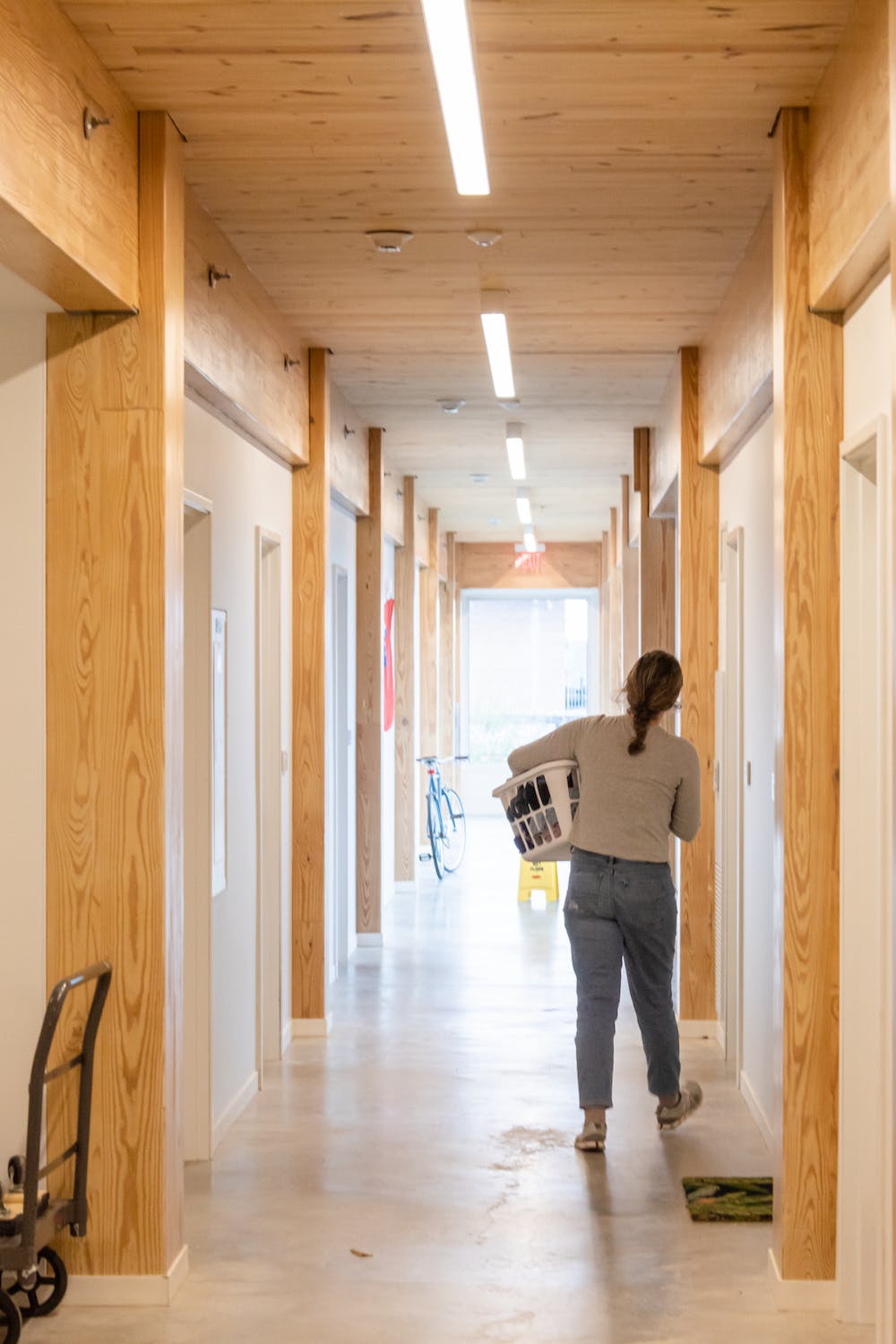 Students began moving into the new wing of Hanszen College on Jan. 5 after supply chain shortages delayed the wing’s completion to late December from early August, as originally anticipated.

The new Hanszen wing was built with cross-laminated timber, an environmentally-friendly material in line with the university’s objective to construct a building achieving LEED-Silver certification.

Hanszen President Dani Knobloch said the completion of the new wing will strengthen the college’s culture.

“It’s been tough the past couple of years with people fragmented between Hanszen and Sid and not having a quad,” Knobloch, a senior, said. “[Now] we have a quad; we have a space where we can host events. People are closer to [the] commons, so they’re hopefully more likely to come to [the] commons.”

“One of the main things that needs to be done is the reading nooks that are supposed to be by the windows, those aren’t all in yet,” Knobloch said. “Furniture is [being moved in] now, so most of the terraces have furniture. I think the lobby’s going to have furniture in the next couple of weeks, and hopefully by the end of February, we’ll have the reading nooks.”

Maddox Spinelli, a Hanszen freshman, said he noticed many students experienced small issues in their dorms during move-in, including issues with water pressure and door locks.

“A lot of locks weren’t set properly so doors weren’t opening or closing. In my room, the toilet pipe isn’t quite tightened, so it leaks when you flush it,” Spinelli said. “We have low hot water pressure in my room, so we have to take cold showers right now.”

However, Knobloch said the new building lacks some features in comparison to the building that previously stood in its place.

“A lot of the spaces we had in the old building don’t exist in the new building,” Knobloch said. “There’s no laundry room [within the building], no bike locker [and] no basement. We have three terraces; those are really nice, but they’re not quite as big or as private as our old spaces were.”

“Before [the construction of the new wing], it was generally that people moved off-campus and stayed off-campus because it was nicer housing,” Agrawal, a junior, said. “There wasn’t as much fighting to be [on-campus]. Whereas now, [Hanszenites] really want to be on campus.”