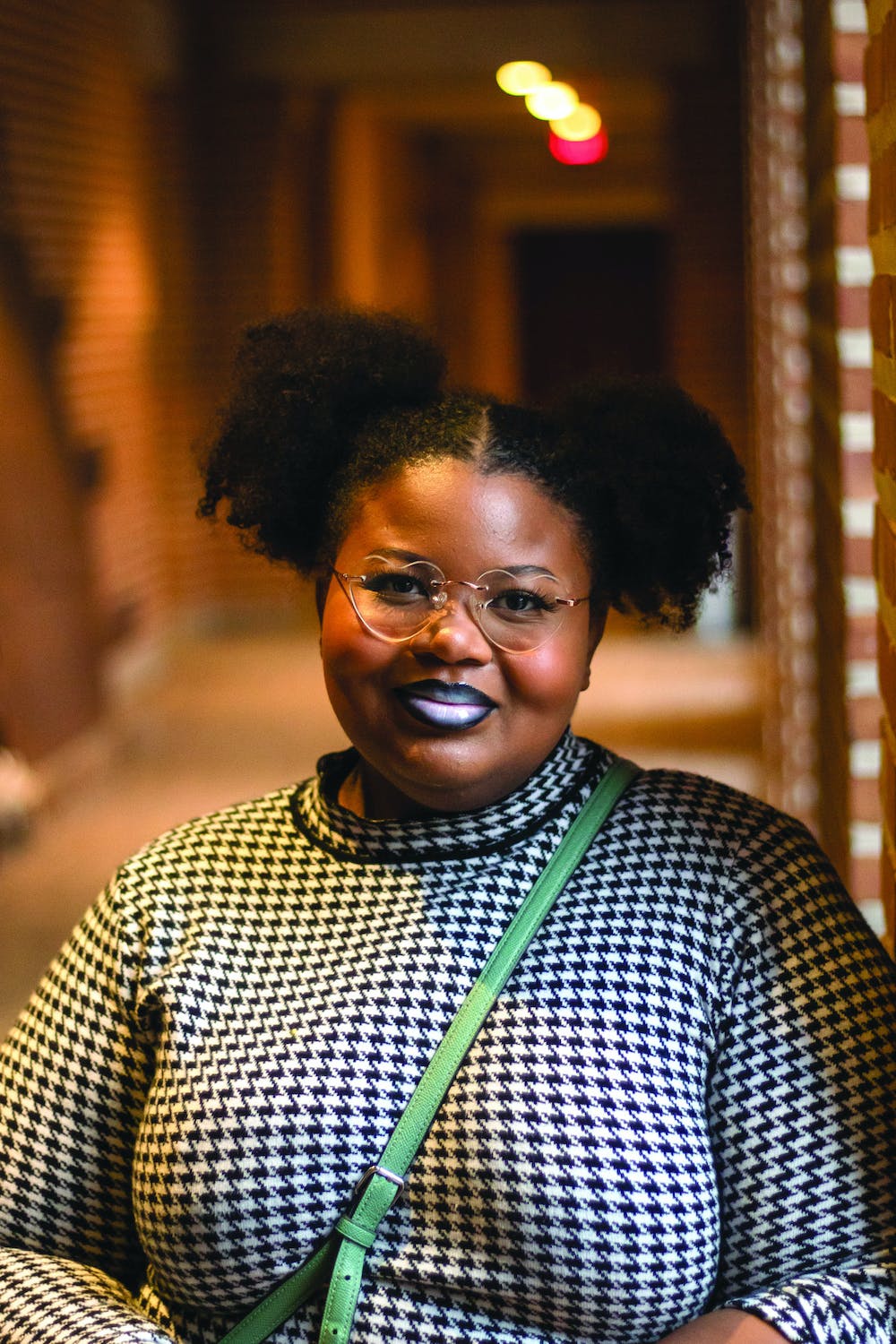 “I deleted all the photos,” Chambers, a Martel College senior, said when asked for a photo of the dress. “It was intermediate, and I had never sewn anything in my life. I was sitting there sobbing as I’m like, ‘I don’t know how to do a pleat. I don’t know how to do any of this.’ But then I got to the end of it, and I actually made something that I could wear … Then I found out later that I could transfer [sewing] to a different medium, [costume design], that could actually make money for me.”

In eighth grade, Chambers joined a combination visual and dramatic arts class in its first year at her school, describing it as her first step into theatre. She has been involved in theatre ever since, from middle school to high school to college.

“Most of high school was a blur, but I know I spent countless hours building things in the costume shop for shows,” Chambers said. “It wasn’t like each individual time, I was like, ‘This is what I want to do,” but it was each individual time that I [worked in the costume shop] — this is something that gives me joy. I love to see the person in their costume and … my ideas or the concepts that [a designer] gave me realized as a physical thing.”

Outside of costume design, Chambers has appeared on stage as an actor in multiple productions. She said that working in various areas of a production has made her a more well-rounded theatre artist. She said that her roles as both an actor and designer are challenging, but that the structure of the commitment is different.

From watching her brother read Lorraine Hansberry’s “A Raisin in the Sun” to being a part of a performance of “The Colored Museum” by George C. Wolfe, Chambers said that witnessing theatre by Black artists made her decide theatre was something she could pursue.

“I can be an artist, I can be a Black actor in the arts and continue to pursue this,” Chambers said. “Because there are plays, there are productions that have people like me, who look like me.”

This semester, Chambers is also writing a science-fiction play as part of her senior capstone project in the English department. She said that the show follows people on a ship in space who turn into zombies and was inspired by her love of science fiction horror, a genre not often explored on stage. While it draws on the horror genre, she said there’s plenty of comedy in the show.

To include more Black artists in every aspect of the production process on and off the stage, Chambers said that theatre companies should look at more modern shows.

“Theatre becomes something that’s niche when it’s not something that everybody knows,” Chambers said. “[So shows] have a smaller pool of people who want to do design or even act [and] that circle generally shrinks to people who are white, then skinny … [people who have] a certain look.”

While Chambers is continuing to follow a thread of passion in the arts that’s led her to a career in theatre, she said that she is prioritizing being in both her ideal position and place — potentially in Michigan, where she is from, or in Canada where she can be closer to family.

“I know that [costume design is] a necessary aspect of theatre, so I feel like I will get into some kind of opportunity when it comes down to it,” Chambers said. “But I need to filter through what I would want to do before being like, ‘This is what I’m doing here.’”

Chambers said that moving forward, she would like to see administration, the visual and dramatic arts department and organizations on campus collaborate to create opportunities to showcase art by Black artists in the campus community. She suggested organizing art-focused events during Black History Month in February. She said that she would like to see this come as an effort from the university rather than only clubs and student organizations at Rice.

“I would like to see more collaboration … between the administration and the actual arts and clubs, the community that is Black at Rice, because I feel like a lot of artists are separated,” Chambers said. “I feel like there should be more opportunities that bring these aspects together, and more Black art at Rice.”

Because the higher-ups in the arts often push Black artists out of art spaces, Chambers said she encourages aspiring Black artists to find community and other artists who support them.

“Don’t worry about what other people think or how they see you, because it doesn’t matter how they see, because you’re your own person, and if [art is] what you want to do, that’s what you should do,” Chambers said. “Like, fuck discrimination practices. You are an artist and you’re a beautiful person, and you deserve to have your art seen no matter what.”