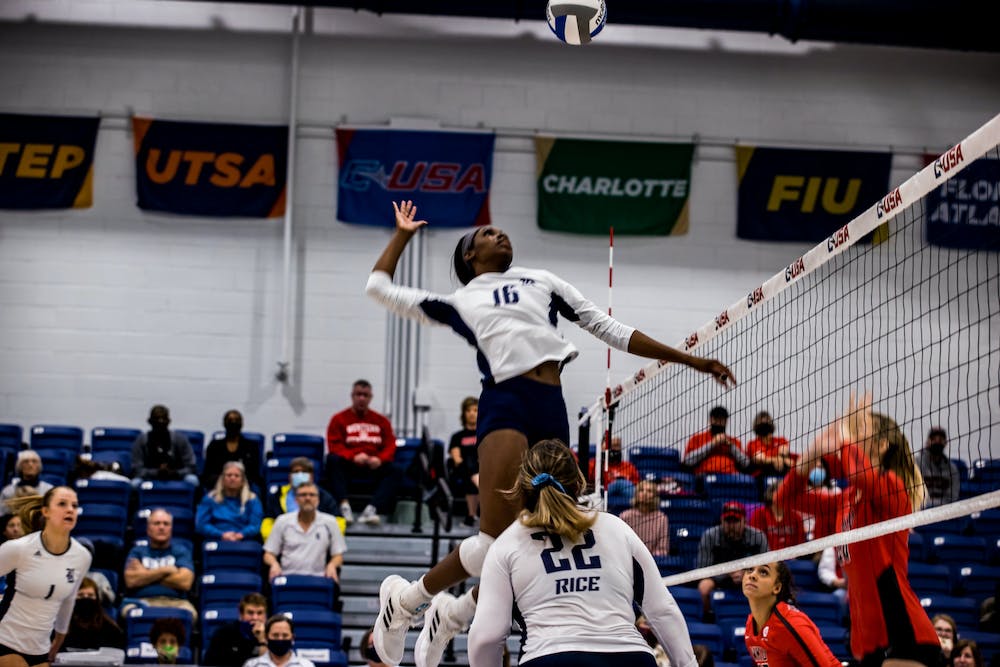 The last time Rice volleyball lost a conference regular season game, back in 2019, it took Western Kentucky University two match points to knock off the Owls in a five-set battle that ultimately decided the regular season conference title. The two teams would meet again that year, this time in the conference championship game, but the result was the same: a five-set Hilltopper victory. Only three players from that Owls team are still with the program, but according to fifth-year setter Carly Graham, the losses still haven’t faded from memory.

“Yeah. We remember that,” Graham said.

“[It was] on our home court,” fifth-year middle blocker Anota Adekunle added.

Each year since then, the Owls and Hilltoppers have met in the Conference USA title game, and each time, the Hilltoppers have come out on top. In that span, the Owls are 53-0 against all other conference opponents, but 0-4 against Western Kentucky. They’ve beaten perennial national championship contenders the University of Texas at Austin twice in that time, but haven’t been able to get past the Hilltoppers. According to head coach Genny Volpe, when the Owls head to Bowling Green this Thursday, it will mean more than just any other game.

Going into the game, the two teams are separated by only one spot in the American Volleyball Coaches Association poll, with Rice ranked No. 21 and WKU at No. 22, and tied atop C-USA going into the final week of conference play. According to Volpe, the matchup has turned into an unlikely rivalry simply as a product of both programs’ success.

“When we first moved into Conference USA, I would have never thought that Western Kentucky was going to be our rival,” Volpe said. “It’s not anywhere close to us. But [their] consistent success and the fact that we would keep meeting up in the conference championship game … the rivalry has definitely built up over time.”

Despite their recent results, Graham said the Owls still look forward to the challenge of playing the Hilltoppers, who this year are led by reigning conference player of the year Lauren Matthews.

Under head coach Travis Hudson, the Hilltoppers have won the conference every year since 2014, with the exception of the Owls’ title in 2018. Volpe said that the most impressive part of WKU’s success all these years has been their consistency.

“Western is very consistent,” Volpe said. “They run a particular style of offense that is really successful. They have the same pieces [as in previous years].”

This will be the last time the Owls face the Hilltoppers in the regular season before they leave C-USA for the American Athletic Conference. While Volpe said she’s discussed scheduling WKU for non-conference play going forward, she knows this is the Owls’ last shot to take the conference title from their rival.

“This one’s going to be extra special just because it’s our last time in the league and so we want to leave on a positive note,” Volpe said. “It’s time for us to change the narrative. It’s definitely time.”