Volleyball gets final chance to reverse the C-USA tournament curse 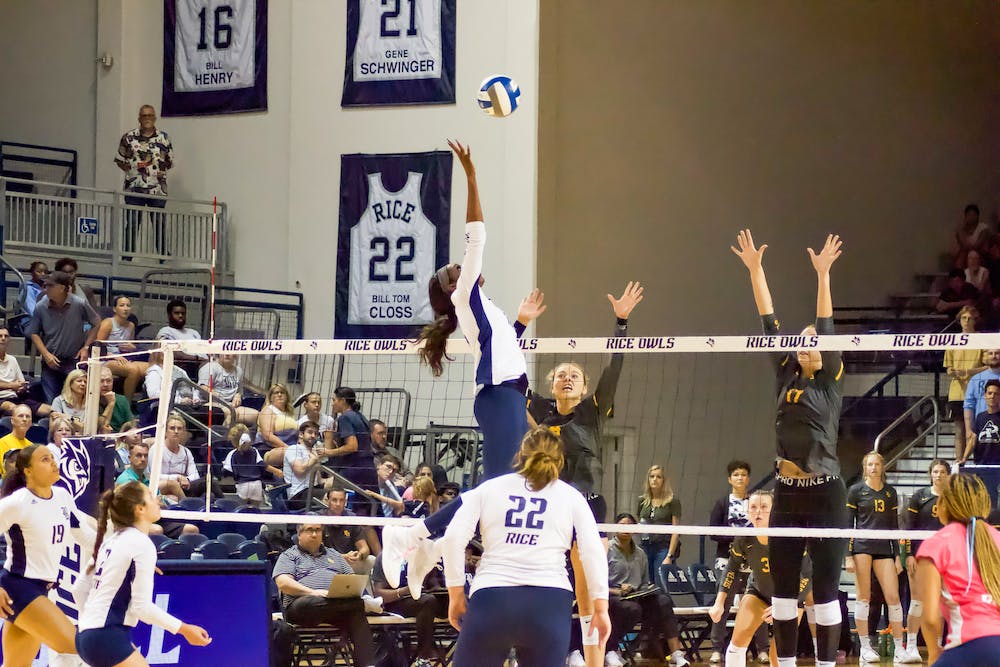 Even though they’ve won 48 of their last 50 conference regular season games, the Rice volleyball team has not won a Conference USA tournament since 2018. After three straight years as the conference’s runners-up, the Owls will finally look to reverse their fortunes in what will be their final postseason in C-USA. This year, the No. 22 Owls enter the tournament with an almost perfect conference record of 13-1, and 23-3 overall. According to head coach Genny Volpe, the team is excited to jump into postseason volleyball.

“We are very excited to be competing in the C-USA Tournament,” Volpe said.  “It’s our last season in C-USA, and we obviously want a chance to win the tournament and earn the auto bid to the NCAA’s.”

Each of their last three C-USA Tournament appearances have ended with the Owls losing to Western Kentucky University in the championship game. Although they continue to fall short of winning the coveted conference trophy, Volpe said that the past losses won’t impact the mindset going into the weekend.

“Nothing really changes for us,” Volpe said. “This is a different year, and a different team.”

This year, however, is similar to previous years in that plenty of signs point to a fourth straight meeting between Western Kentucky and Rice. The two teams enter the tournament as the top two seeds, after going a combined 27-0 against the rest of the conference. In their lone meeting of the year, the Hilltoppers won a five-set nailbiter, ruining the Owls’ perfect conference record.

Although the Owls had a solid showing in the loss, Volpe said that if the teams meet later in the year, the defense will determine if the Owls can defeat their C-USA rival.

“We did a lot of really good things in the match vs WKU,” Volpe said. “But … we [need to] find a way to slow down Lauren Matthews a little more.  She is a very good player and likely an All-American this year, so we will need to bring our best defensive play against them if we face them again.”

However Volpe doesn’t want to look that far ahead. While they haven’t lost to a conference opponent other than the Hilltoppers since 2018, the Owls needed five sets to beat their opponents five times in conference play this season, their most in years. Volpe said that the team needs to focus on each match to ensure they avoid an upset.

“We just would really like to bring back that trophy,” Volpe said. “But we more than anything need to take one match at a time.”

Led by middle blocker Anota Adekunle and setter Carly Graham, both multiple-time first-team all-conference honorees, the Owls’ senior class has been instrumental to their success this season. Volpe said that nothing would be more special than seeing them end their decorated Rice careers hoisting the conference trophy.

“I would absolutely love for these seniors to earn that championship,” Volpe said. “They are a class act on and off the court.  Nobody deserves it more than them, but they will have to go out and get that championship and work really hard for it.”

The Owls, the No. 2 seed, start their tournament run against Florida International University, who they swept in their only meeting of the season. The opening serve is at 5 p.m. on Friday. If they win, they play the winner of the first-round matchup between the University of Texas, El Paso and University of North Carolina at Charlotte in Saturday’s semi-final, with the championship match scheduled for Sunday.