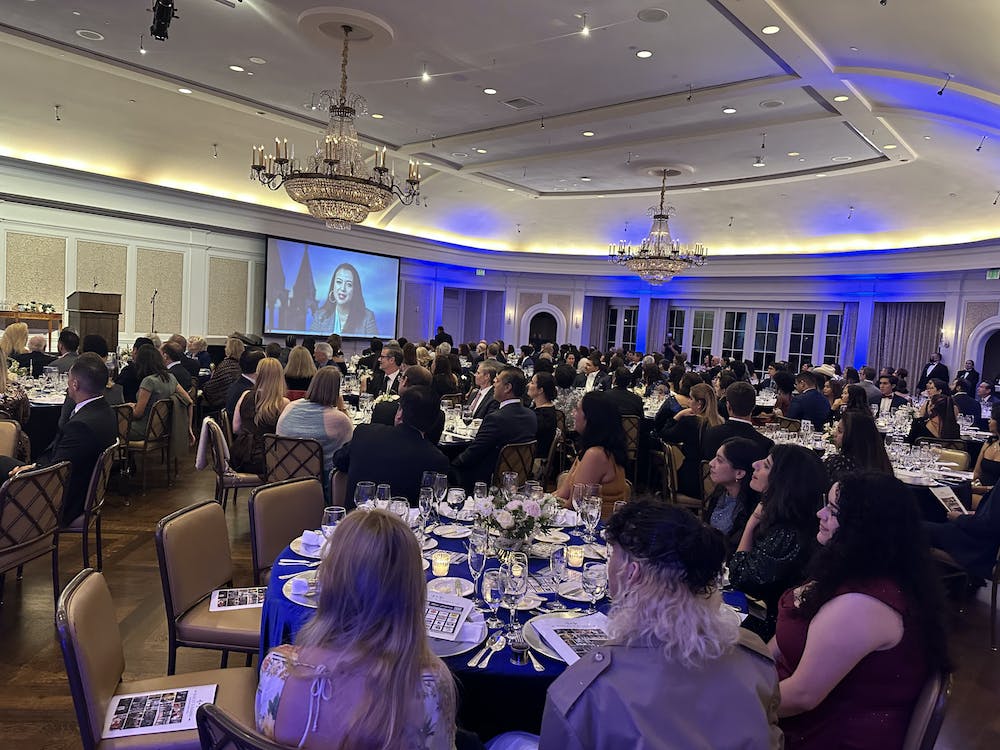 The Hispanic Association for Cultural Enrichment at Rice celebrated its 50th anniversary this past Saturday. The celebration included a gala with speakers such as Germaine Franco, an Academy-Award nominated Rice alumna and composer of the “Encanto” soundtrack, and Dr. Richard Tapia, the University Professor of Rice, who was awarded the National Medal of Science in 2011.

David Medina, director of Multicultural Community Relations, said that the fundraising portion of the anniversary celebration reached its goal of raising $50,000. All proceeds will go to benefit Rice HACER.

“[Celebrating HACER’s 50th anniversary] means that we’re celebrating a community that’s important to Houston and to Rice,” Medina said. “By celebrating the 50th anniversary of HACER, Rice is showing that [it] holds a lot of interest and value to Hispanic community … Rice values diversity as a contribution to make the university more dynamic.”

The Society of Latino Alumni at Rice presented at the fundraiser. Fernanda Pierre, a Rice alum (‘14) and the Co-President of SOLAR, helped in planning the event.

“[SOLAR’s] mission is to coordinate the efforts of Latinx alumni to increase opportunities for Rice community members to connect, learn and serve, and you can see how that’s coming into play for this event,” Pierre said. “We’re having a celebration with 280 people, and we’re fostering new connections and strengthening existing connections.”

“[SOLAR’s] vision is to develop engaged alumni ready to serve and ready to lead our communities as visible Latinx alumni,” Pierre said. “Wherever that community is [for Rice graduates], they are equipped with the skills necessary to serve and lead as their communities require.”

Richard Tapia, the Maxfield-Oshman chair in engineering and director of the Tapia Center for Excellence and Equity, founded the Rice Association of Mexican American Students with others in 1972. Later on, Tapia said that RAMAS evolved into HACER to be more inclusive of all Latin American Rice students.

“[RAMAS] was another component for Rice to be proud of. Instead of having people look back at [Mexican-American students] and say, ‘Oh, you don’t belong here’ It was more of a sales pitch where yes, we do belong here,” Tapia said. “While Rice may give a lot to [Mexican and Latin American students], we as a group give back much more to Rice.”

“A lot of Hispanic students come into Rice and they’re kind of scared of not finding community,” Salgado, a Sid Richardson College senior, said. “HACER and SOLAR have done the most we can to increase that sense of community and make them feel comfortable at Rice, not only through our cultural shows but also through events that are geared towards underclassmen to give them that support network they may need.”

Tapia said that students’ involvement in HACER helps to encourage Latin American and Hispanic students of all backgrounds to share their cultures with students around campus.

Tapia said that he appreciates the progress HACER has made for Hispanic and Latin American students at Rice.

“I think [members of HACER] have done wonderfully. I want them [to continue] to build community, pride, identity and to be an active part of Rice,” Tapia said.

Tapia said that, despite advances in the rights and representation of Latin Americans, there is still work to be done in increasing representation and opportunity.

“Last week, we had a speaker who was Mexican-American, and he spoke to the math department and the statistics department; that would not have happened 20 years ago. What’s happening [at the HACER Gala] would not have happened 20 years ago,” Tapia said. “We’re moving from the back of the bus towards the front of the bus. Are we at the front of the bus? No. But are we headed in that direction? Yes.”

Salgado said that he hopes to see HACER grow, both in terms of student membership and inclusion and interaction with the broader Rice community.

“I hope [HACER] continues to grow; it’s our biggest goal to grow our membership body but also to become more involved here in the community at Rice,” Salgado said. “A big thing this year is that my co-president and I are trying to promote inclusivity, because, in the past, HACER has been very Mexican dominated … We have students from Colombia, Bolivia, Brazil and from all these other Latin American countries, and we want to give them a voice to represent their food, their music and their culture.”