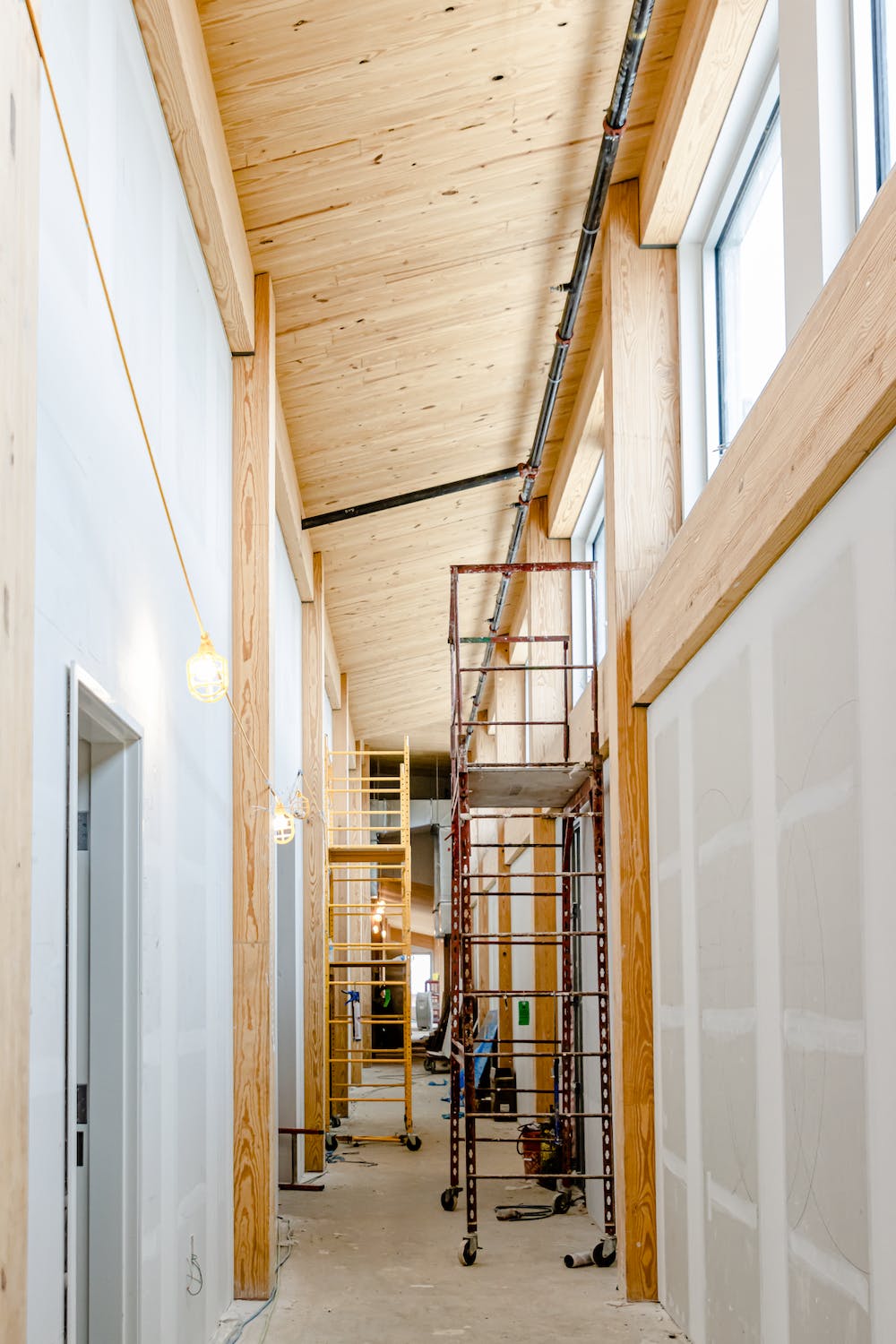 “Construction costs have risen dramatically during the last couple of years, causing delays in many projects across the country,” Gilmore wrote in an email to the Thresher. “We here at Rice aren’t alone in this regard. Construction delays due to rising costs are a nationwide phenomenon.”

Mark Ditman, the associate vice president for infrastructure, said that the new Hanszen wing is on track for move-in by the end of fall semester 2022. The five-story building will have 166 beds with 70% doubles and 30% singles. It will also have accessible and gender-neutral bathrooms — features the Old Hanszen building lacked.

Ditman said the new residential building honors Hanszen’s culture by including a terrace on each floor except the first and top floors. The new Hanszen wing will also be the first mass timber dormitory building in Texas.

“The mass timber structure [of the new Hanszen wing] contributes to our carbon neutrality goal,” Ditman said. “[The building] brings the outdoors in, and [this] has some beneficial effects on people’s wellness.”

Jessica Opsahl-Ong, a Hanszen junior who attended a tour of the new Hanszen building, believes that the new building will mean a lot of adjustment for the residential college. Opsahl-Ong said that while the building will allow Hanszen’s population to grow, it offers a limited amount of common space for events and storage. As a result, Hanszen will still have to rely on their commons for larger gatherings.

“It’s just kind of an issue with space [and] making sure that we are still getting the spaces we need for good college culture,” Opsahl-Ong said. “It’s been brought up at cabinet [that] there’s a plan for construction in Upper Commons to give us more event throwing spaces.”

Opsahl-Ong said she believes that despite the challenges the growing residential college community will have to navigate, Hanszen will be able to adapt to those changes.

“I think people are excited about having a nice new building … Other colleges tend to say that we have bad facilities, so that will be nice,” Opsahl-Ong said.

New section residents will be allowed to move in Jan. 5, two days earlier than the regular move-in day, according to an email obtained by the Thresher from Hanszen College Coordinator Joyce Bald.

Despite the delays in the new RMC’s construction, Gilmore said she believes that students will have a lot to look forward to once the building is complete.

“It will be a beautiful space with new food options, new meeting spaces, upgraded technology and updated facilities,” Gilmore said.

Emma Yang, general manager of East-West Tea, said that administration has been very communicative about their plans for the RMC and has included the students’ input for their new space.

“We’ve gotten to submit a few preferred layouts [and] our desired equipment, and those have been turned into preliminary architectural sketches of what an East-West Tea space could look like,” Yang said.

While Yang said her team doesn’t know where they will operate once the demolition begins, administration has been updating them regularly.

“The good news is based on everything we know now, we expect that the new space will provide us with the space, resources and flexibility to bring some exciting new changes to our cooking process, menu and hours,” Yang said.

Jinhee Shin, general manager of Rice Coffeehouse, said that administration’s communications to Coffeehouse about the demolition were slow in the beginning.

“I initially received information about construction meetings on really short notice, and my team would have little time to prepare for them … over my term [as general manager], communication with administration has improved, and I’ve received more advanced notice before meeting times,” Shin wrote in an email to the Thresher.

Although Shin said that administration did not initially consult her team while designing Coffeehouse’s new layout, she said they have since been more involved and she believes that the upgraded space will allow for new growth opportunities.

“I believe our space in the new student center will allow for a better workflow. We [will] have room to have more equipment and more people on shift in order to serve our customers more efficiently,” she said.

[11/16/2022 at 12:43 p.m.] This article was updated to more accurately reflect Coffeehouse’s involvement in the plans for their space in the new RMC.