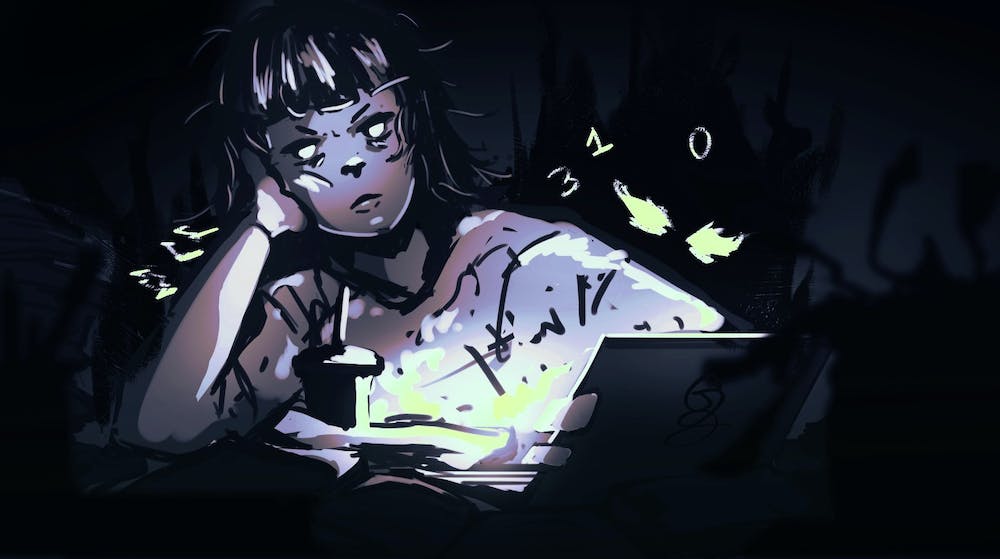 Dozens of COMP 310 students took to Piazza to anonymously post about how the difficulty and deadline spacing of the class were impacting their mental and physical well-being last Friday. In the posts obtained by the Thresher students discussed feeling burnt out, not being able to spend time with loved ones and issues with self-esteem, as a result of the class.

Many students pointed to a recent ChatApp assignment as the cause of their heightened stress and unsustainable working conditions. Stephen Wong, who has taught this class for the past 12 years, said he didn’t realize students were struggling to this extent until reading the posts, which came after the project’s first deadline.

“I felt helpless, I don’t know how else to describe it,” Wong said. “Just to feel that helpless about what is going on and to say that yes, we could have done something, but I didn’t know. I wish they had come to me to talk about problems instead of taking immediate actions that they did. I don’t think students always realize what their actual overall effects are. It greatly complicates the situation when I think we could have worked out a lot of things within the class.”

Adam Tao, a Jones College junior, said that he thinks students were hesitant to express their concerns due to the culture in computer science classes at Rice.

“In most COMP classes, professors have a really strict late policy that they have in their syllabus,” Tao said. “I think because of that, there’s not many [computer science] college students that feel comfortable asking for an extension just because they are stressed out.”

Wong ultimately gave a five-day extension to an upcoming deadline, which he said he had never had to do in all his years teaching this class. He also said that this semester students had 25 percent more time on this assignment that previous years have had.

“At the end, I thought to myself, ‘They are under stress, so clearly we need to handle this, because they are in a level of stress beyond what I want,’” Wong said. “Now, you want a certain amount of pain, but you don’t want that much pain. And at that point, I said ‘Well, maybe the lesson is done.’ They have already felt it, perhaps more than I wanted them to feel it.”

In the spring 2020 semester, Stephen Wong was temporarily removed as the professor for COMP 310 due to his non-compliance with a university-imposed mandate to delay deadlines. Wong confirmed this account and said that he did not agree with the request of extending deadlines.

“The initial reaction from the students and other people [who were not a part of the class] was more time, just give them more time,” Wong said. “[But] that is not necessarily the right answer. The answer is better expressed as increasing achievement levels which is not the same as adding more time. In the end, it was [that] I wasn’t adding more time.”

Renzo Espinoza, a Wiess College junior, said that recent deadlines for the class have not been sustainable. He said that even though he is only taking 12 credit hours, he has been unable to give his other classes proper attention, including skipping classes and not studying for exams.

Tao said the constant deadlines led to him having to put working on this project above all other classes and basic human necessities.

Many students emphasized that complaints about this class are not isolated to this semester. Phoebe Scaccia, a Hanszen College senior, said she knows these complaints arise every semester.

“Every single semester this class is held, this happens,” Scaccia said. “This is not new. It’s just this year, the comments are more morbid than last year’s, but [it is the] same outrage every single year.”

Timothy Louie, a Lovett College junior, said that he believes Wong is hesitant to give extensions to his students. He said that when he met with Christopher Jermaine, the chair of the Computer Science department, about this issue on Friday morning, Jermaine validated many of Louie’s concerns.

“It was a pretty enlightening conversation because he just confirmed things [and said] this is an ongoing issue, ‘We know, we sympathize with you, the course cannot continue this way forever,’” Louie said.

Christopher Jermaine declined a request for an interview with the Thresher.

After the Piazza posts on Friday, some students also expressed their disappointment with Wong’s response. Espinoza said he thought the response was insensitive to students struggling with mental health as a result of the class and Louie said he felt Wong shifted responsibility onto the students.

“He shifted all the responsibility on us. He was like, ‘It’s entirely your fault that you weren’t able to do this as I expected,’” Louie said. “I’ve seen the efforts of me and my fellow students, we worked [very hard] to get this done. Yeah, it’s not good, but that’s not entirely our fault.”

Some students also pointed to the disorganization of the class resources as an added stressor for the class. Tao and Scaccia both said that the inability to find resources easily makes solving issues much more difficult.

“I feel like if the [resources] were more clear, it’d be a lot more helpful,” Scaccia said. “At the same time, he isn’t doing this because he hates us. He genuinely does care about the class, he tried really hard on the class.”

Head teaching assistant Bri Bumgardner said that this class was probably her most challenging computer science class in regards to time-management. She said that she believes Wong is a very dedicated, involved and passionate professor, but that improvements can be made at a curriculum level.

“In the future, I would be interested in seeing the class broken back into two classes, which I’ve heard from faculty is how it used to be taught,” Bumgardner, a Sid Richardson College senior, said. “The material covered in COMP 310 is very important for the major, and I believe that this would only add to the benefit of the course by addressing pacing concerns and possibly presenting the opportunity for inclusion of more material.”