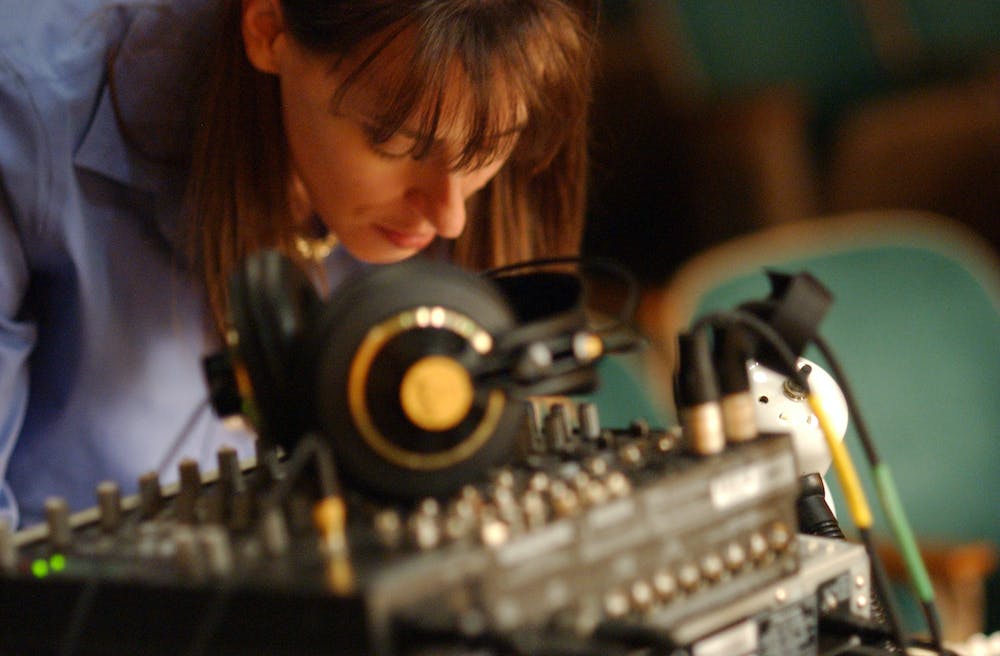 Lillios’s work, which will be presented every evening through Oct. 23, is a combination of light and sound artistry, and will be revealed to the public for the first time after the usual light show that occurs at dusk. Lillios’s newly created piece runs just over eight minutes in length and was commissioned by Rice’s Electroacoustic Music Labs with the Skyspace in mind.

Lillios is lauded by Massachusetts Institute of Technology as one of the contemporary masters of electroacoustic music. Lillios said that she primarily uses her computer to create music.

“Sometimes this means that I synthesize music [by using] synthetic means to create music, but most of the time what that means is I go around with a recorder and find cool sounds — any kind of sound you can imagine in the environment — and I record them,” Lillios said. “I transfer these sounds to the computer and I use those sounds to make musical pieces.”

Her composition incorporates a poem by Don Bogen, which Lillios said particularly resonated with her because it mirrored the physical experience of the Skyspace.

“You’re inside the ground, but you’re looking up at the sky in the Skyspace,” Lillios said. “[The poem] begins with a line that says, ‘Staring at the stars, I imagine you.’ It’s a poem he composed after his wife passed away, so here he is on earth, staring at the stars [and] thinking about his wife.”

Joined by the poet in the recording session, Lillios had two students at her university, Bowling Green State University, Katherine Phares and Steven Naylor, narrate the poem in a variety of vocalization styles, from whispers to deep intoned timbres. Then, Lillios worked to compose and arrange the recordings, adding other noises like gongs, bells, low drones and thumb piano melodies to enhance the foundational soundscape of spoken word.

Like Lillios, Rice’s REMLABS explores electronics as a means of producing music by working in the intersection of music, art and technology. Performances and public artwork are part of the organization’s central mission. When Turrell was creating Skyspace, Rice specifically requested that he incorporate an audio system to allow Rice music professors the ability to explore the qualities of light and sound interacting. There are fourteen loudspeakers hidden under the installation’s plaster surface.

Rice professor of composition and theory and REMLABS director Kurt Stallmann said that Lillios’s work is the first of four REMLABS commissions, which aim to highlight women composers from fall 2022 through spring 2024.

[Electroacoustic musician] Chapman Welch and I proposed to do a series to celebrate the 100th anniversary of the Women’s Suffrage Movement by commissioning women composers to make pieces in the Skyspace,” Stallmann said. “COVID-19 interrupted our plans, and we’re just now finally getting back on track.”