Review: Arctic Monkeys continue to evolve their sound on ‘The Car’ 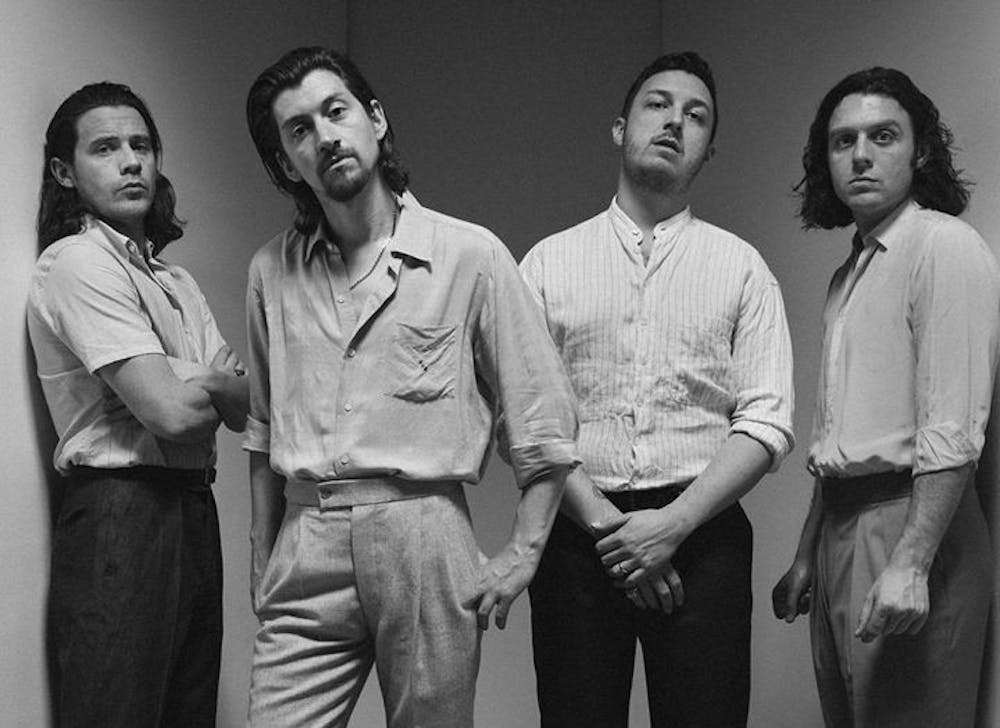 Arctic Monkeys are back, and if you’re still looking for another “AM,” you’re out of luck. That’s not a bad thing, though. As a group, the band continues to evolve their sound and avoids repeating the same style. “The Car” continues in the general direction of “Tranquility Base Hotel & Casino” while reviving elements of their earlier work for a project that emphasizes their comfort as a band.

Two of the biggest components that lend the album its distinctive sound are Alex Turner’s smooth, almost crooning vocals, a far cry from the vocal stylings of “Whatever People Say I Am, That's What I'm Not,” and a heavy emphasis on orchestral instrumentation. However, in that general formula, there is a lot of variety to be heard throughout “The Car.”

The album begins with “There’d Better Be a Mirrorball,” a jazzy opener that underscores the loneliness seen on the album cover, a sole car that is itself a mystery. The track starts with the evocative couplet “Don’t get emotional that ain’t like you /  Yesterday’s still leaking through the roof,” delivered in loungy and clear vocals. In that couplet, the tension of the track is set up: Turner is beginning to catch feelings after spending the night with someone. While this is not necessarily a negative, the relationship is doomed and the rest of the song sees Turner emotionally coping with that aftermath.

“Sculptures of Anything Goes” is reminiscent of the sound that many more casual listeners expect from the band mixed with their current direction. It opens with pulsing bass before synth pads are added in and Turner’s vocals enter the track. The song’s instrumentation evolves throughout to create an engaging listen. Lyrically, it addresses many fan’s complaints about the band’s recent albums and direction: Turner sings, “puncturing your bubble of relatability with your horrible new sound.”

One of the singles from the album, “Body Paint,” is a strong performance from the full band and is sonically split between its  first and second halves. It details the discovery of an affair within a relationship using body paint as a metaphor for the signs of intimacy that can’t be unseen. The song’s irregular verse structure combines with Turner’s unusually high vocals,  a worthwhile listen that will stay in your head.

Another highlight is the title track. Here, the orchestral instrumentation particularly shines, soaring throughout the song along with piano and guitar parts. The song juxtaposes the traditional mundane with true celebration to a striking effect. Closer to the end of the track, there is an instrumental break that is executed particularly well and adds a lot to the sound.

“Big Ideas,” a later song on the album, features an addicting vocal melody that flows like honey over the orchestral flourishes. Similar to “Sculptures of Anything Goes,” “Big Ideas” looks back on the band’s initial ambitions and goals. Turner emphasizes the band’s overall change, arguing that  they couldn’t go back to their old creative styles. He also acknowledges  the more fervent fans and excitement of the past and moves on from that.

The album’s penultimate track, “Mr. Schwartz” begins with a beautiful fingerpicking guitar part. The metaphorical Mr. Schwartz serves as an image of a particular type of person, living up to social norms and practices without too much emotional attachment. It begins with one of the most poignant lines on the album, “Put your heavy metal to the test / There might be half a love song in it all for you,” evoking the soft side under a rough exterior. The song comes together incredibly well as a whole, inviting multiple listens.

A lot of people might gripe that “The Car” does not try to reach the radio hit highs of “Do I Wanna Know?” and “R U Mine?” And it doesn’t. But that’s not the point. Great artists and groups live in a place of reinvention, refining their palette and trying new things instead of repeating the same old formula over and over again. “The Car” does a great job of expanding on the ideas seen in the band’s polarizing “Tranquility Base Hotel & Casino” without repeating it.