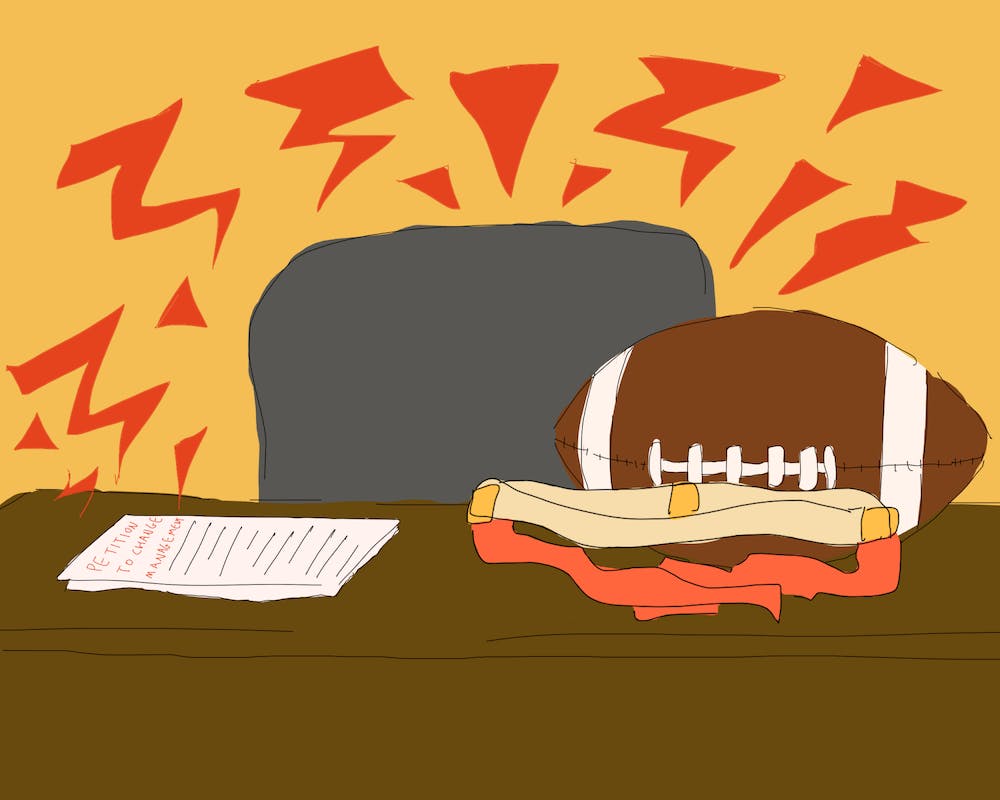 Georgia Nevin, a Jones College powderpuff captain, wrote in an email to the Thresher that even with the rule changes she thinks the organization that being an IM sport will afford is worth it.

“As someone who was involved pretty early on in the conversations about moving Powderpuff to IM, I am pretty excited about the change,” Nevin, a Jones senior, wrote. “After last season’s disappointment in terms of organization and not having any form of the sport the year before, I look forward to playing in a well-organized season for the first time since my freshman year.”

The decision comes after last year’s season was delayed several times as organizers struggled to schedule games. According to Chris Watkins, Assistant Director for Competitive Sports, the change means that Powderpuff will have access to IMLeagues, Rice’s intramural league registration platform, which will make it easier for teams to sign up, schedule games and review stats and standings. Additionally, he wrote that the change will give Powderpuff access to trained referees to officiate games as well as manage injuries or emergency situations.

“Our full-time staff will have clear avenues for supporting the league, allowing it to once again, regain its footing,” Watkins wrote. “That’s actually what we are the most excited about. We know what Powderpuff has meant to the students, we want to help it return to glorious prime, and we feel confident that running it as an intramural league is a great next step to making this happen.”

According to Nevin, becoming an intramural means that Powderpuff will use the same rules as other flag football leagues on campus, which means they will no longer need to find and train referees specifically for Powderpuff games. Additionally, Nevin wrote that when Powderpuff was a club sport it required colleges to allocate portions of their budget to fund the league.

“Because we were not aware of how much work was going into these seasons based on a lack of institutional knowledge, we were pretty behind at the start of the year when we realized there were usually people planning out the season over the summer,” Nevin wrote. “But switching to IM allows us to make up for that and makes sure we have a season in the fall.”

Changes to the rules include the removal of contact, moving from eight to seven players on the field as well as allowing the offensive line to catch the ball. Laney Schwegman, a Hanszen College powderpuff captain, said that their practice style will need to change to accommodate the new rules. While she said that she preferred some of the previous rules, becoming an IM will allow the season to move forward for the fall.

“The only way that we would have a season [was] if we moved to intramural for the fall,” Schwegman, a Hanszen sophomore, said. “At the end of the day, I’m just glad that we’re going to be able to play because that was up in the air, even if we have different rules.”

While some players will miss contact being a part of Powderpuff, Nevin wrote that she thinks the change may encourage more people to participate who otherwise would not have joined the team.

“I understand that [being a contact sport] has been something that has set Powderpuff apart and that many people have enjoyed as an aspect of the sport,” Nevin wrote. “I also know that there are some players who stopped playing as a result of contact on the field, so it’s possible that this will allow for more people to feel comfortable playing.”

According to Cole Rabson, Hanszen College powderpuff coach, the team wanted to have a club season. He said that there are conversations between colleges about setting up a club season for the spring.

Savannah May, a Martel College powderpuff captain, said that she is looking forward to the changes and that while they will take time to get used to that she believes they’ll overall be beneficial for the game.

“Even though we lose a little bit of the tradition [with] Powderpuff going IM, I’m glad to just have the season and get to play,” May, a Martel senior, said. “We have Cara [Caspersen, competitive sports coordinator,] doing the job of five people now, and I’m very grateful that she took Powderpuff under IM’s wing.”