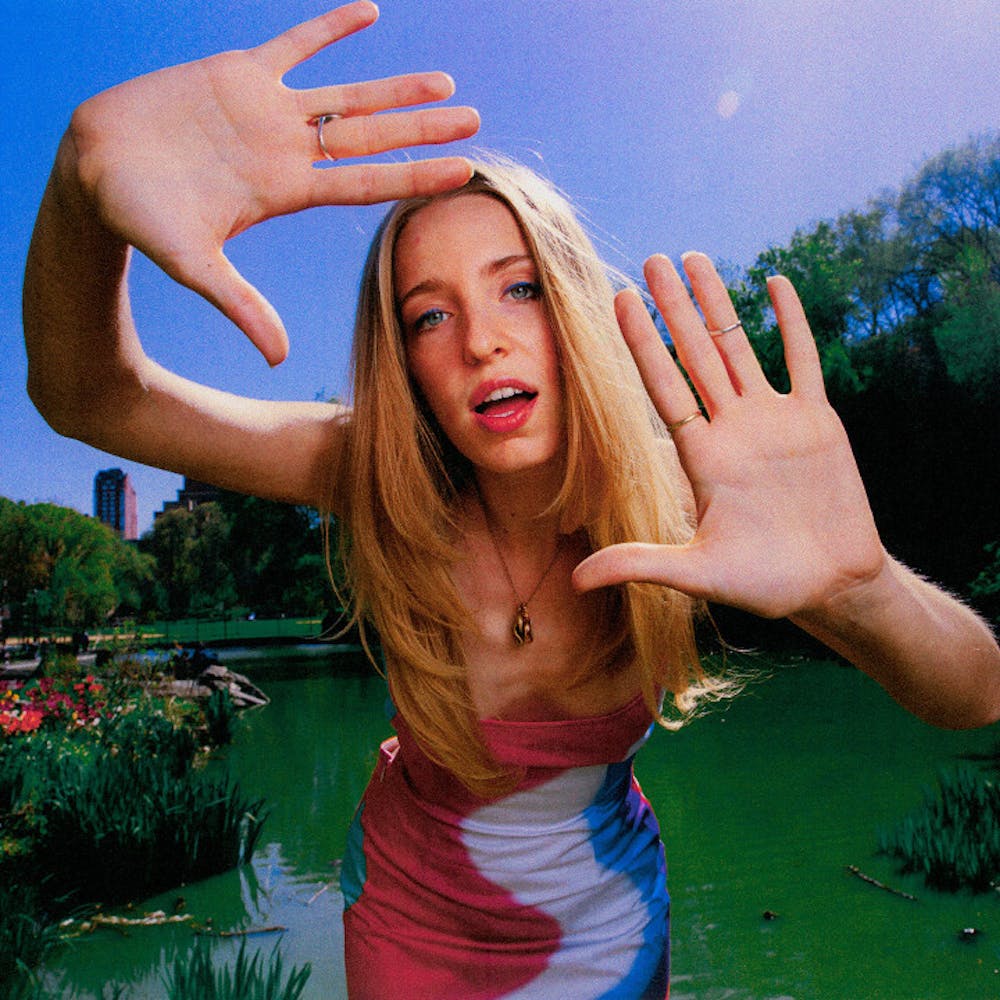 On Oct. 8 in the Texas summer heat, Maude Latour took the stage at Austin City Limits Music Festival with glittery makeup and upbeat music. Just before performing her song, “Lola,” Latour led the crowd in a chant of the lyrics, “Keep my girls protected. I’m turned on when I’m respected,” before dedicating the song “to queer people, to trans people, to trans youth and to protecting the right to choose.”

“I can’t imagine what people [in Texas] have been going through and the people who are working to resist all of the crazy things that are happening in the world,” Latour said in an interview with the Thresher. “I have so much respect for everyone organizing and using their voices, and I just hope everyone is taking care of themselves … The whole country is thinking about everyone doing the work here.”

For Latour, music plays a large role in advocacy work, both in bringing people together and in healing.

“You feel it here. There is a power [in music] that brings us together — there is something that cuts through all differences,” Latour said. “There is a thing bigger than all of us and it is up to us [to] protect that healing and that intimacy and that sacredness. And we need this government to prioritize all people who need to heal and people who need to be protected.”

Apart from her admiration for activists in Texas, Latour enjoyed visiting the state.

“I really feel the love for music here,” Latour said. “I feel camaraderie and solidarity among young people. It feels really powerful to be here, and this freaking open sky is just beautiful. [The] food is absurd. I’ve just been having an incredible time savoring every moment.”

Latour has recently embarked on her first major tour as a headliner. ACL and her upcoming show at Houston’s House of Blues are just two stops that follow the recent release of her EP “001,” which she said embraces a new musical sound compared to her previous music.

“I think some people were terrified,” Latour said. “I feel like it’s an adjustment to its new sound. But I really believe that my deep music listeners are down for this musical journey with me and want me to explore and push it forward. So it feels like exactly where I need to be right now.”

“My show was definitely what I was looking forward to most for [my birthday],” Latour said. “I’ve never played a show on my birthday. I was excited. I love performing, and so I was really happy to do it.”

Latour said that she is exploring a “new musical world” that she’s excited to show her fans and that some songs are already coming together.

“It’s gonna take me a while to build it,” Latour said. “I will be releasing stuff in the meantime, but I’m working on a secret little world, and I’m gonna give it all the time and space that it needs.”