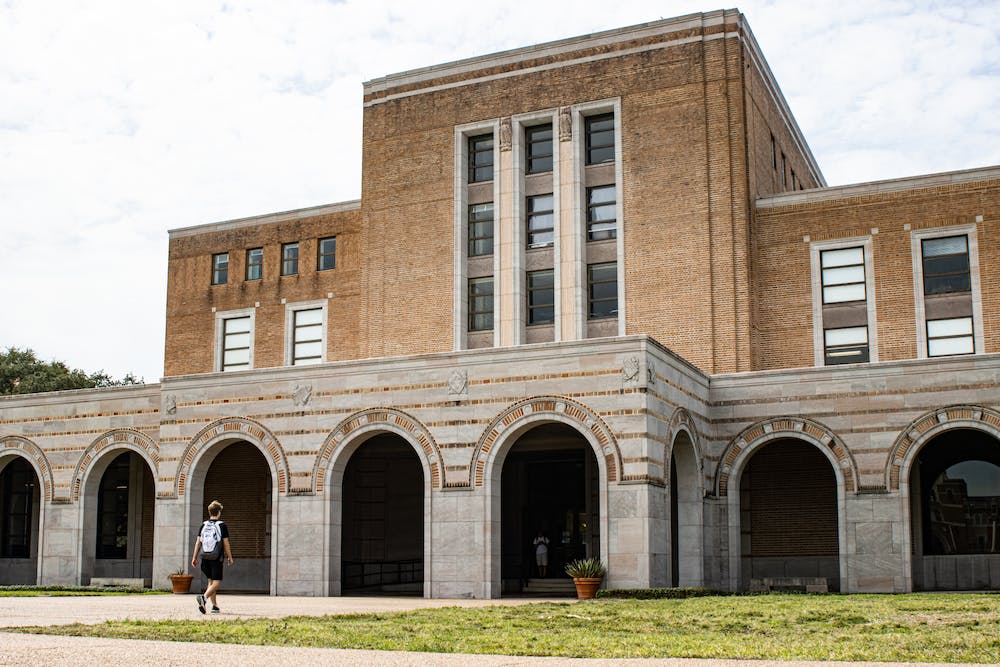 According to the Head of User Experience at Fondren Debra Kolah, menstrual products will tentatively start appearing in Fondren bathrooms either at the end of this week or beginning of next week. Kolah said the pilot program of this initiative was approved on Monday, Oct. 3, by University Librarian and Vice Provost Sara Lowman.

“We’ve identified storage space that the students will get to very easily,” Kolah said. “We’ll definitely start on the first floor, sixth floor and the basement. So [we just need to get] the supplies in and [figure out] the logistics of getting [volunteers] and working with students’ schedules. But it should move forward pretty fast.”

Jenny Liu, a volunteer coordinator at the RWRC, said that Fondren and RWRC have been having general meetings to discuss the best method of distribution.

“We are currently in the process to figure out the specifics of this project such as how often should volunteers restock the products, where should we place the products, should we have them in every single bathroom of Fondy, and how should we implement active participation from the volunteers,” Liu, a Sid Richardson College sophomore, said.

Sophia DeLeon-Wilson, an ambassador for Fondren and author of the project’s proposal, said she hopes this program will make menstrual products more accessible to students.

“There’s inflation, there’s a sales tax, there’s so many things that are piling on right now that makes it a lot harder for people to afford this stuff,” DeLeon-Wilson said. “I know that there’s not as much support as I think there should be [right now], and so I think [this collaboration is] just a small way I can help with that.”

According to the proposal, a survey of 129 students reported that 11.5% of menstruating people use men’s restrooms. As a result, the initiative also calls for placing menstrual products in all mens’ bathrooms, providing support to trans and gender-nonconforming menstruating individuals.

“Easy access to period products would reduce the anxiety, stress, shame and inconvenience that come with starting one’s period unexpectedly. Those who find paying for pads or tampons to be a financial burden can spend less,” DeLeon-Wilson wrote in the proposal. “Lastly, and arguably most critically, this initiative can be both a practical and symbolic way for Fondren to support trans, nonbinary, gender non-conforming and intersex students who already have so much to worry about and have had countless negative experiences with public restrooms in the past. With this initiative, Fondren will become a safer and more inclusive place for students to spend time and study.”

This initiative includes volunteers who will restock the menstrual product baskets. Elysia Wu, the president of Period@Rice, said these volunteers would be recruited from the organization’s general body.

“It’s just nice to be able to offer free supplies to students on campus,” Wu, a Lovett College senior, said. “Sometimes you just don’t have time to run back to your home college, grab a tampon and then go back to [Fondren] and study. The more accessible those menstrual products are, including where people study, the better it is for people who menstruate.”

This project is the first step in a larger movement to make menstrual and reproductive products more accessible on campus. Wu said the Student Association has drafted a resolution to address the issue. However, this localized support from Fondren is a faster solution, at least until that resolution is passed.

“A lot of stuff that goes through [administration], that goes through SA, [takes] a couple of years to implement, just because it’s university-wide,” Wu said. “We have localized support from Fondren to put stuff directly into Fondren [bathrooms]. That’s a lot faster.”

Kolah hopes that this initiative will encourage students to be more vocal about things they think should be changed at Fondren.

“What I would want to have come out of it is that students realize their feedback makes a difference,” Kolah said. “It can be something like period supplies today, but it can be something else that somebody has a dream about tomorrow.”

“I’m hoping to sort of normalize and get people used to having these free products on hand so that when they go and notice it’s not free in other places, they feel entitled to demand that kind of thing,” DeLeon-Wilson said. “It’s something I want to change the culture a little bit at Rice.”