Charles Duncan, Rice alum and contributor, passes away at age 96 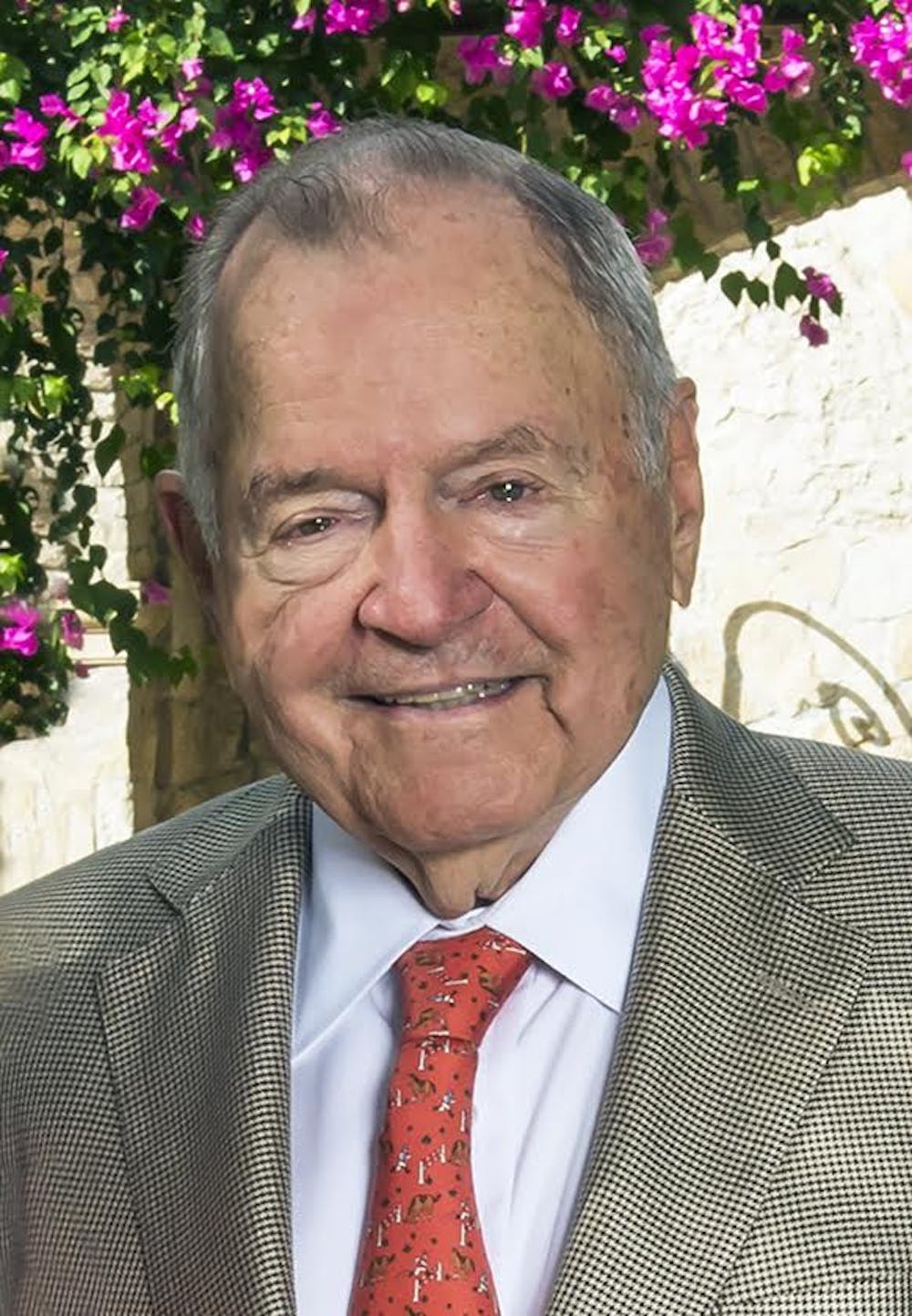 Charles Duncan, a former member of the Rice Board of Trustees and the former energy secretary during President Jimmy Carter’s administration, passed away on Oct. 18 at the age of 96.

After graduating from Rice in 1957, Duncan contributed to Rice in a number of ways, notably through donations that would fund the construction of Duncan College and Duncan Hall and his help in creating the Baker Institute.

“It is impossible to summarize the breadth and depth of Charles’ impact on our university, let alone our city, state and country,” DesRoches wrote in an email to the Thresher. “His steadfast leadership, good nature, humility, civic-mindedness, courage and unceasing desire to make an impact on the world are qualities we all try to emulate.”

Bucky Allshouse, who graduated from Rice in 1971, first met Duncan when they were both on the Rice Board of Trustees. Later on, Allshouse said the two developed a close friendship and would regularly play golf and watch football together.

“He had a great sense of humor — when I would ask him something, he would say, ‘I’m going to tell you more than I know’ and he often did so,” Allshouse said. “Regardless, I found that he knew an awful lot about a lot of different things.”

Duncan played a role in developing Rice’s and, specifically, Duncan College’s culture during its early stages. Luis Duno-Gottberg, the former Duncan College magister and current Baker College magister, said Duncan would visit the college periodically to visit with students and check on the development of college culture and traditions.

Estevan Delgado, a former Duncan College student who graduated in 2013, said he got to know Duncan well when he was elected to be the inaugural representative for the college. When Duno-Gottberg was ending his tenure as Duncan magister, Delgado said that Duncan agreed to write a letter commemorating his time as magister.

“I knew [Duncan] as a really thoughtful and considerate person. He wasn’t someone to talk a lot, and he was an excellent listener,” Delgado said. “This was a man that was not only generous of his wealth to the university, but was also very generous of his time.”

Some years after graduation, Delgado said he was touched by Duncan’s remarks during Duncan College’s 10th centennial celebration, in which he talked about how proud he was of Duncan College’s leaders.

“[Duncan] was such an amazing and inspiring philanthropic leader,” Delgado said. “His remarks during the 10th centennial really stuck with me … It made me proud that we’ve been able to build a community and alumni base that is allowing Rice to live up to not only its mission of producing unconventional leaders but allowing people to lead with boldness and tenacity as well.”

Beyond his impact at Rice, Duncan was a family man who valued his community and nation, Allshouse said.

“Charles was an extremely intelligent and generous individual,” Allshouse said. “He was a great family man who was always concerned about the wellbeing of his family, and he was caring for the city of Houston, the state of Texas and the whole country.”

Allshouse said that Duncan had a great sense of humor and was always in a good mood.

“Even when he was on the golf course, not hitting the ball very well into the water, he was still positive,” Allshouse said. “It used to frustrate us sometimes how Charles would give a great deal of money to Rice University but would insist on personally digging his ball out of the water to save that two-dollar golf ball. It was just Charles being Charles.”

Allshouse said that Duncan was humble in his many contributions to Rice, often avoiding taking credit for his far-reaching influence on the university.

“Charles never took credit for a lot of the things he did, everything from faculty to direct or indirect student scholarships, to advice and mentorship,” Allshouse said. “It’s just hard to see an area of Rice that he didn’t have some type of impact over.”

President Reginald DesRoches said that Duncan was one of Rice’s biggest supporters and will be remembered for his generosity and support of the Rice community.

“Rice lost one of its biggest fans with the passing of Charles W. Duncan,” DesRoches wrote in an email to The Thresher. “We will miss him dearly and will forever be grateful for his support and generosity. Paula and my thoughts are with his wife, Anne, and the entire Duncan family.”

Duncan is survived by his wife and their two children, Charles III and Mary Anne.