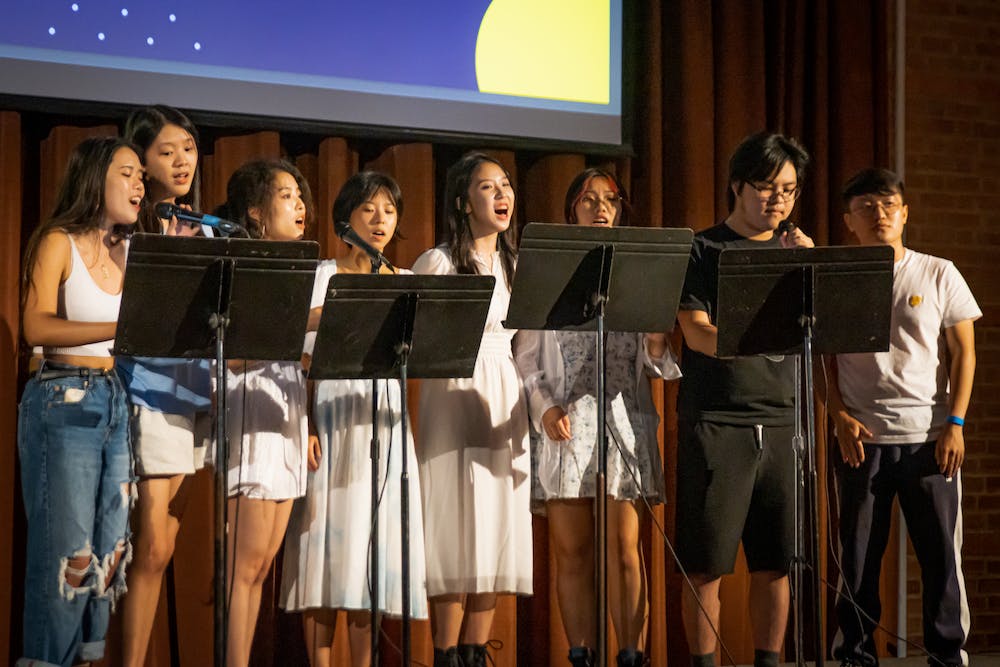 Sept. 10 marked the celebration of one of the most important holidays in Chinese culture — the Mid-Autumn Festival. Every year, the festival is a vibrant and beautiful tradition centered around giving thanks to the harvest, worshipping the moon and reuniting with family around a full table.

Kexin Shen, the president of the Rice Chinese Students and Scholars Association, said that she hoped to alleviate her homesickness by honoring this holiday during the Mid-Autumn Festival Gala hosted by the RCSSA at the Rice Memorial Center Grand Hall this past Saturday.

“Our mission is to create a family-like environment for the Chinese international students to feel a sense of belonging,” Shen, a Brown College junior, said. “That’s why we are hosting an event during this festival — so that all Chinese students can celebrate it together.”

Shen said she believes that it is important for those not directly connected to Chinese heritage to celebrate the festival as well.

“It’s not necessary for every non-Chinese student to understand the entirety of the festival — that can be really hard,” Shen said. “I think our gala would be worth hosting if people there have fun. If they can know even just a little bit about this festival, and if they can understand a little bit about how this is something important for Chinese culture, I think that’s good enough.”

Yuki Wang, one of the event organizers and an international student from China, echoed similar sentiments as she detailed how she became involved in RCSSA and organized the gala, which offered lantern and fan painting, Chinese calligraphy, performances, paper flower cutting and more. According to Wang, everyone in the RCSSA had the chance to work as an organizer and express their own talents, and Wang herself was the event’s videographer.

“I personally really like to record videos and watch everyone say ‘Hi!’ to the camera. I really enjoyed the process of making the video for the event,” Wang, a Will Rice College freshman, said. “The Mid-Autumn Festival is supposed to be a festival where all families come together and eat moon cakes and enjoy the time of reunion,” Wang said.

Arjun Surya, who attended the event with friends, said that he enjoyed the many booths that the festival had to offer.

“I thought the lantern painting was fun,” Surya, a Sid Richardson College freshman, said. “It’s something I’d never done before and it was a new experience for me, and it was cool to do it with other people too.”

According to Surya, the gala felt welcoming to newcomers like them.

“I’d never attended an event about the Mid-Autumn Festival before,” Surya said. “When I went yesterday, I thought it was really interesting and welcoming to a lot of people who aren’t from that specific culture. I learned a lot and it was a cool experience overall — I had a lot of fun.”

Wang said that the gala was a great place to learn about a new culture and relax with friends for the weekend.

“It’s a really good opportunity to have exposure to other cultures and traditions and it is a great way to have the perspective of students from another country,” Wang said. “Despite the Mid-Autumn Festival, a lot of people just came to have fun and make friends.”