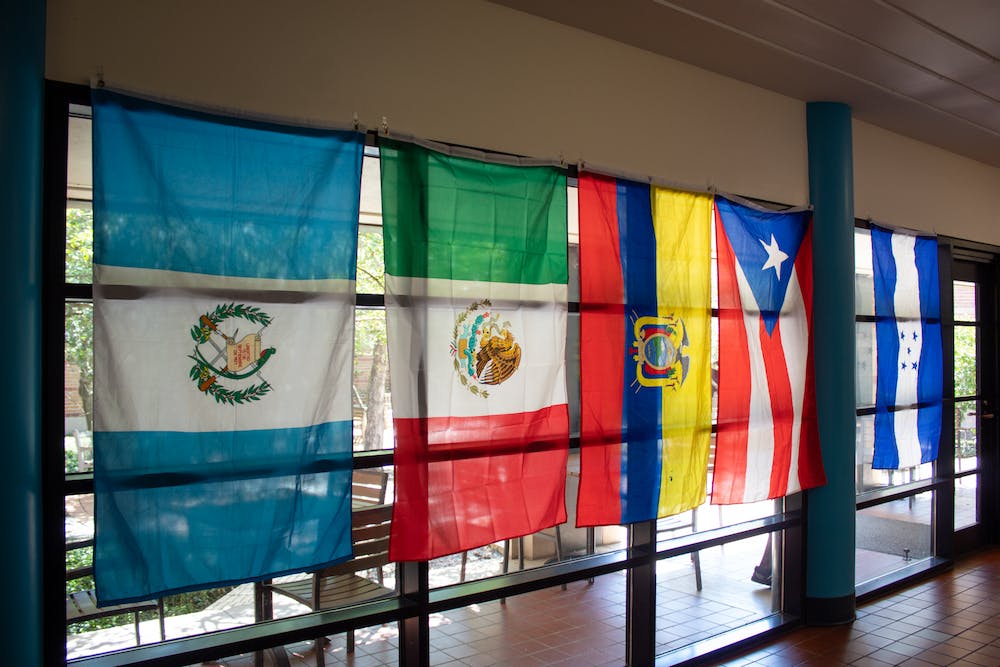 Events this month include a game night, a documentary screening, a display at one of the football games, a concert and more. The planning committee for Hispanic Heritage Month tried to encompass a wide variety of events throughout the month, according to Vice Provost for Diversity, Equity and Inclusion Alexander Byrd.

“Some [events] are cultural and celebratory [and others] focus on intellectual issues and discussions,” Byrd said.

HACER, the largest Hispanic cultural organization on campus, will host one event each week throughout the month. One such event will be a “Passport to Latin America,” where attendees can visit booths representing different countries to try their food and learn about their cultures. HACER co-President Jaime Fuentes Salgado said this event will showcase the diversity within the Hispanic community and spotlight cultures that are often under-represented.

“Our main mission this year is to be more inclusive of cultures that are not well-represented, so this event is a good way to do that,” Salgado, a Sid Richardson College senior, said.

Salgado said he is most excited about Latin Pub Night, an event in collaboration with Pub that historically was a Hispanic Heritage Month tradition but hasn’t been held since 2019.

“This is our opportunity to bring it back and bring it back better than it was before,” Salgado said. “I went my freshman year, and I loved it. Now being part of the planning process, I’m trying to make it as big and exciting as I can.”

Salgado said that HACER has also tried to incorporate celebrations of Hispanic culture in other parts of daily life on campus. They’ve collaborated with Rice Coffeehouse and East-West Tea to bring Hispanic cultural drinks like the mangonada and horchata to students, and Salgado hung up flags from various Hispanic countries in the RMC.

Salgado said there’s also a display in Fondren library commemorating the 50th anniversary of HACER this year and celebrating its history.

“We have a Fondy display that’s like a ‘walk through the decades’ with the past of HACER, the present and the future of what we’re planning to do,” Salgado said.

These displays, Salgado said, help Hispanic students to feel represented on campus and expose others to the beauty of Hispanic culture.

“We’re really trying to emphasize the cultural enrichment part of our mission, to show that we should be proud of who we are and show other people why we’re proud and show them the beauty of Hispanic culture,” Salgado said.

For another event this month, Luis Duno-Gottberg, the Baker College magister and an associate professor of Caribbean and Film Studies, worked with the Baker Diversity Council and the Spanish Consulate’s Office to bring famous flamenco-jazz composer Jorge Pardo to perform on campus. The free concert will be held in the RMC Grand Hall on Oct. 7.

“It’s not the traditional flamenco thing that you would imagine from Southern Spain, dancing on a table with a rose in their mouth,” Duno-Gottberg said. “That’s some of it, but it’s more experimental. It should be very exciting.”

Byrd said that this year’s event planning faced complications when the staff member in charge of coordinating the month left midway through the process. The planning committee relied on other members’ previous experiences in planning Hispanic Heritage Month events at Rice to make the planning go as smoothly as possible.

“That created a little bit of a scramble, but he had gotten things off to a good start, and the committee worked really hard to finish things up,” Byrd said.

Duno-Gottberg said he encourages every student to attend Hispanic Heritage Month events, because they not only will be fun and enriching for the students who come, but they will also help to acknowledge and appreciate the large Hispanic community here at Rice.

“The Hispanic population is here in Houston, but [it] is also here at Rice,” Duno-Gottberg said. “They’re doing things, making the university work, making life for the students better. Acknowledging their presence and their contributions is a thing we have to do out of decency and out of consideration for others.”