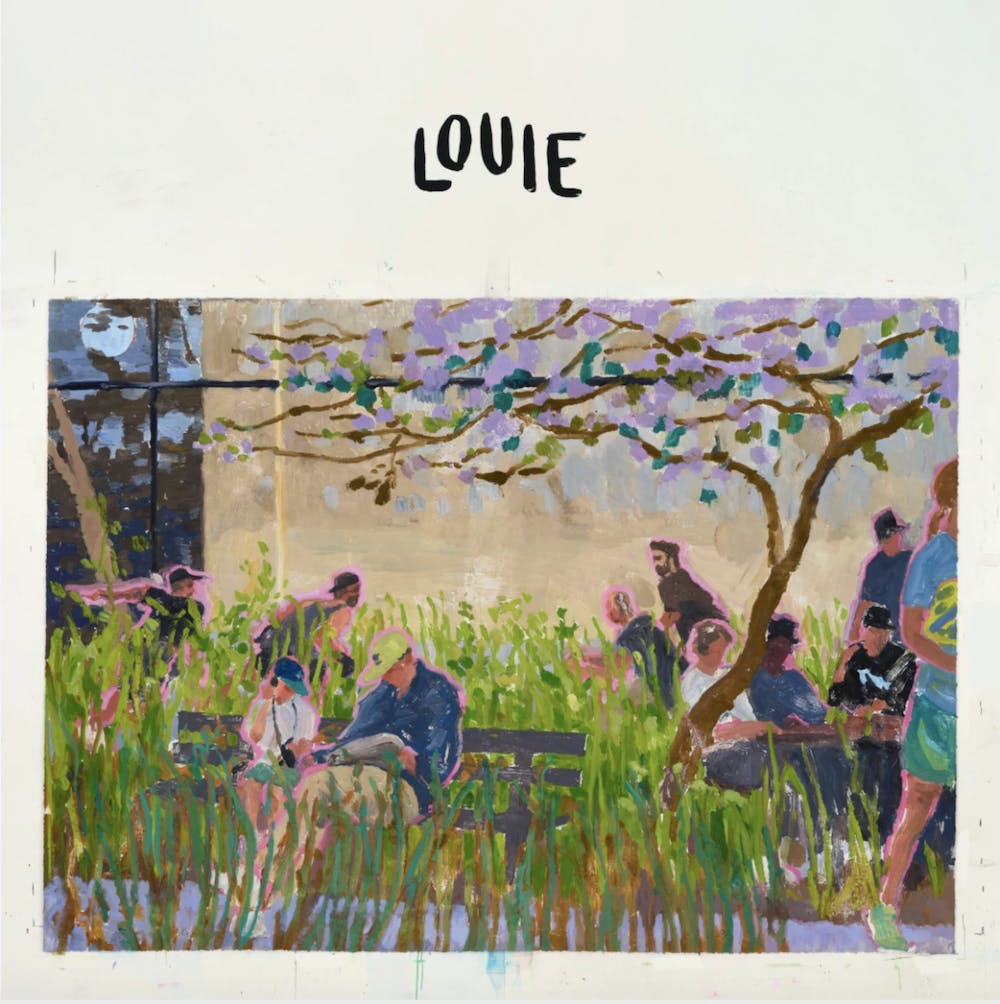 Kenny Beats is one of the best producers working in hip-hop today. The producer’s status as a go-to collaborator for many of the genre’s innovators (with Vince Staples, Denzel Curry and Rico Nasty, to name a few) is certainly enough to prove this lofty endorsement. With “Louie,” Kenny proves that his success is not a result of his clients’ star power but rather because of his ability to converge seemingly conflicting sounds and confidently use authentic instrumentation.

Described as a “deeply personal tribute to his ailing father,” “Louie” serves as a 33-minute mixtape composed of easygoing instrumentals, interlaced with brief vocal harmonies and snippets relating to the father-son relationship at the core of the album. This structure is reminiscent of classic beat tapes like J Dilla’s “Donuts,” though with a greater emphasis on relaxed instrumentation. Smooth guitars, pianos, synths and a wide variety of drum kits are employed throughout the album, giving each song its own distinct feel and tone.

The beginning couplet of “Parenthesis” and “Hold My Head” does a great job of establishing the general sonic structures at the core of the album. The former track is a sample-laced, chill beat driven by the drums and high-pitched vocal melody, whereas the latter song is a bouncy track textured with guitar strums, synth hits and stacked vocals. These approaches highlight the two different directions songs tend to take on the album: mellow and drum-driven or layered and energetic.

Other testaments to Kenny’s instrumental talent come later on in the record, such as in “That Third Thing,” which exchanges the typical vocal melody for a propelling bassline from R&B and soul artist Thundercat. “The Perch” also stands out because of the glitzy synth that both contrasts and compliments the harsh kick drum at the center of the beat. The track is intercut with snippets of Kenny’s father acting as an on-air DJ, reminding listeners of the album’s sentimental father-son theme.

These personal flourishes make tracks such as “The Perch” and “Hot Hand” stand out, and I wish that some of the other tracks had as much attention to detail. Many instrumentals washed over me without leaving much of an impact. No song was poorly crafted, but not everything had the staying power that I wanted.

While Kenny’s production is the star of the show throughout the album, some other highlights come from collaborations with other artists. Rather than traditional hip-hop verses, most collaborators provide their voices, resulting in free-flowing, serene segments rather than structured rhymes.

In “Family Tree,” British rapper Slowthai slowly raps along to a guitar loop, creating an easy, flowing track rather than a straightforward hip-hop song. In a similar vein, “Still” sees JPEGMAFIA, a mainstay of modern experimental hip-hop, create various vocal snippets that layer on top of the beat. This restrained approach is contrary to the featured artists’ usual dominant presence, but Kenny’s ability to pull the correct sounds for the track from potentially discordant sources makes both songs great.

On the whole, “Louie” is a very strong debut album from Kenny Beats, showcasing just how versatile he can be. The album’s personal fingerprints make it a fitting tribute to his father and provide touches of emotion that allow certain tracks to shine. However, most songs’ loose structure renders them forgettable, even if they are well constructed. Kenny has proven that he is a great producer, but I want to see him tackle more genres and work with an even more diverse set of artists if he chooses to create something on his own again.