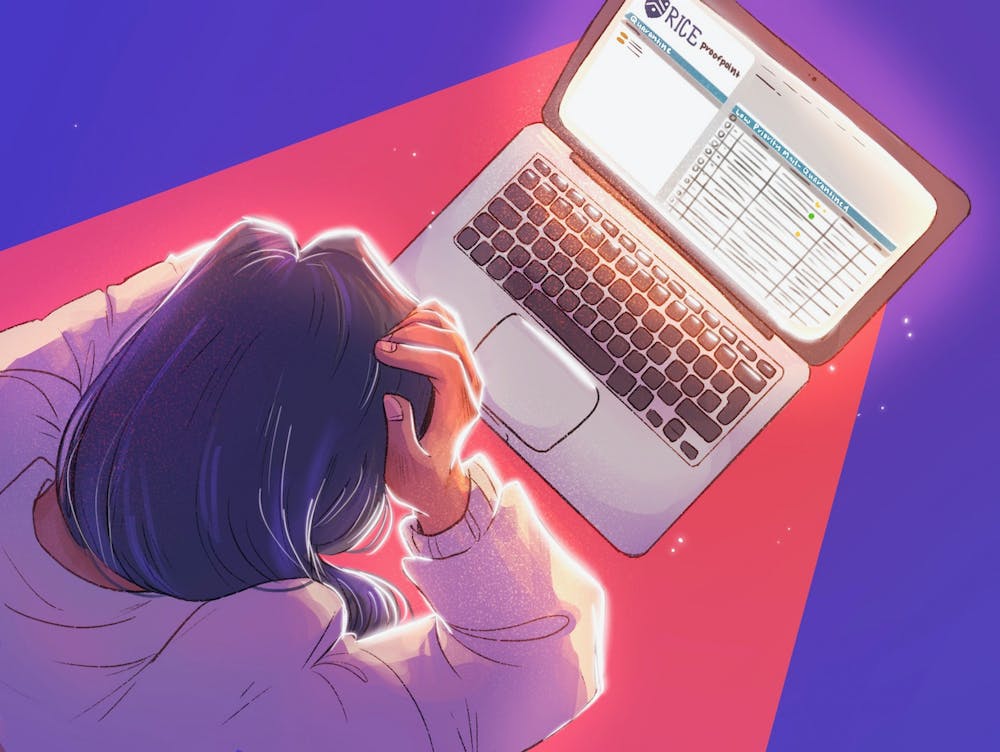 Rice expanded Proofpoint Digest, an email filtering system that quarantines emails suspected to be spam or bulk into one single daily digest, to the undergraduate community this fall, leading to mixed responses within the student population.

Marc Cougle, associate vice president of IT infrastructure and operations, said that Proofpoint’s email protection is a cloud-based solution that allows organizations such as Rice to easily review all email and apply protective security filters to inbound and outbound email.

“This service can identify and protect users from spam, malware and other threats both known and unknown,” Cougle wrote in an email to the Thresher. “This includes imposter or look-a-like emails or spoofed email domains, which aim to trick people into sending money, sensitive information or could lead to email/account compromise.”

Cougle said that Proofpoint has been on campus since 2014 to protect private data and provide a way to send encrypted emails for those that needed it on campus; its anti-spam and anti-malware solutions were later added in 2017 for faculty and staff.

According to Cougle, Proofpoint is now implemented for all Rice email users to add an extra layer of protection and provide a consistent experience regardless of which email system their account resides on.

“While Google’s Gmail has basic spam and malware protections, they are not as robust or effective as Proofpoint’s, and continual attacks against those individuals on Google, primarily students but also an increasing number of faculty and staff, seemed to easily bypass the Google protections,” Cougle said.

“Since then, we have tracked 53 significant campaigns against our campus. Approximately 26,500 individual attempts were made, with about 30 reporting that they had responded to the scammers,” Scarborough said. “Fortunately, we were able to warn them before accounts were compromised or personal money was lost.”

Grant Parajuli, a Baker College senior, said that Proofpoint quarantined an email from a journal asking him to approve a paper he was the co-author on.

“I think the email might have been delayed by about [three to four] days since I didn’t know where it was,” Parajuli said. “I couldn’t find it anywhere in my email since the only notification for it was in the digest. If I didn’t find it by luck, it would’ve been a much bigger headache.”

Parajuli said that Proofpoint has brought him more inconvenience than convenience.

“Technically, the paper will need to be in review for quite a long time, so it doesn’t really matter, but [it] shows that really important emails might get flagged by this service. It’s probably much worse for professors or grad students who do things like this more,” Parajuli said. “Most of the emails [Proofpoint] flags are Rice athletics promotions.”

Cougle said that Rice email accounts can sometimes be quarantined by Proofpoint because Rice has three email environments.

“Two of these, Google and Microsoft, are operated in the cloud by different service providers. While each system has a Rice email address, emails delivered from one to the other may appear as external to Proofpoint, since they come from different Internet-based email systems,” Cougle said. “In those cases, Proofpoint may evaluate an email as spam, malicious or a low priority email and filter it accordingly.”

Lawrence Zhao, a fifth-year Ph.D. student from the finance department, said that he has received Proofpoint’s daily digests since 2020.

“I think overall it’s brought convenience to me,” Zhao said. “The main benefit is that less important emails are grouped into a single email every day, so what’s left are usually more important emails. That said, I don’t have many spam messages to begin with, and there were a few occasions where important emails were blocked.”

According to Zhao, some of the important emails he missed over the years include prospective students inquiring about his Ph.D. program. But his biggest complaint has been the format of Proofpoint’s daily digests.

“It really isn’t mobile friendly — the font is really small and the alignment is often messed up, making it super hard to read,” Zhao said. “And I might be mistaken, but I don’t think [the system] has changed at all over the years. So it’s been like that forever.”

Vince Wang, a Brown College senior, said that he doesn’t like how Proofpoint quarantines his emails because he prefers to filter them on his own, and it also delays important information for him.

“[Advertisements], for example, are not important academic emails, but I still like to open some of them for information. I know I technically can still receive them by clicking ‘allow sender,’ but it’s just extra work,” Wang said. “Let’s say Venmo. I used to receive emails of transactions immediately, but now I have to go into the app to confirm.”

Jordan Killinger, a Will Rice College senior, said that she finds Proofpoint convenient.

“I really like it. it keeps me from having to click an email just to unread it. And one less email can be helpful,” Killinger said.

Cougle said that Proofpoint continues to improve their security offerings, and the office of IT continuously evaluates those features or services to better protect the Rice community.

“Furthermore, OIT is moving towards a full cloud-based modernization of our email environment for everyone, which will allow for a more secure and better user experience,” Cougle said.