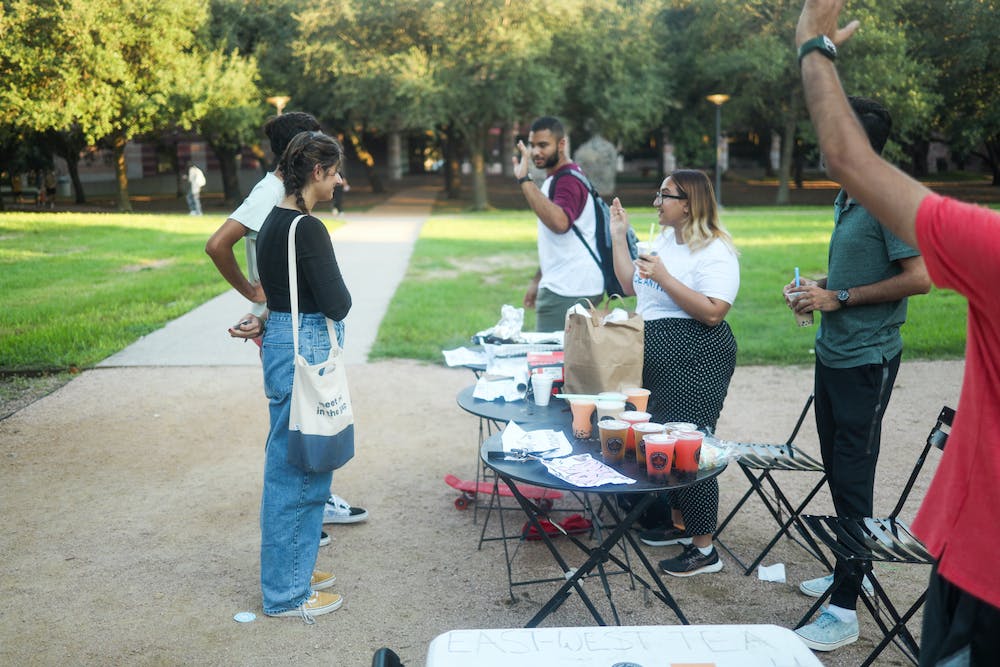 According to UNICEF, around 33 million people, including approximately 16 million children, have been affected by this year’s heavy monsoon rains in Pakistan, which have brought devastating floods and landslides. As of Sept. 9, more than 664,000 people were sheltering in displacement camps, with many lacking adequate shelter and access to adequate food, clean water and sanitation.

Alizay Azeem, a Wiess College senior, got the idea to start a fundraiser for Pakistan, where some of her family lives, from her mom.

“My mom called me a couple of weeks ago, asking me if any Rice organizations were planning any fundraising initiatives,” Azeem said. “After talking with her, I decided to reach out to the [MSA] to see if we could put together some sort of fundraising initiative. From there, the MSA and PSA took the lead on the boba fundraiser that happened last week.”

“With charity being a large aspect of our faith and the floods in Pakistan being generally unaddressed in the media and in the Rice community, it was important to the Rice MSA to educate students on campus while raising funds to help the people [in Pakistan],’’ Shabana, a Baker College senior, said.

The three organizations collectively raised $1,000 through their Launchgood fundraiser and $500 through selling Boba and Gulab Jamum, a traditional Pakistani dessert, according to Shabana.

Kashif Liaqat, a graduate student, was in Pakistan two weeks ago when the flooding reached high intensity.

“People died, many people lost their homes, some had to move,” Liaqat said. “There was a week or so when we did not have any electricity, gas supply or internet. There was no communication. It was just like a total blackout.”

In the midst of peak flooding, Liaqat’s city, Quetta, was completely filled with water, even in places he did not expect.

“Where I live, there is a sort of housing colony and … [a] whole wall just vanished due to the flooding,” Liaqat said. “I was driving and more than half of my car was in the water. It’s really bad.”

“The floods have especially devastated interior Sindh and rural areas,” Azeem said. “Millions of people are internally displaced, infrastructure is destroyed and health systems are overwhelmed as the flooding has disrupted healthcare and facilitated the spread of disease.”

Huzaifa Ali, a Brown College junior, said that, in addition to the millions of people displaced, the flooding in Central Pakistan has caused major disruptions in food supply.

“Most importantly, those are also the regions where many of our crops are grown and many farmers’ livelihoods depend on those which are now just wasted for this year,” Ali wrote. “The sad part is that Pakistan has to bear the brunt of this climate change even though it contributes less than 1 [percent] to global warming.”

Liaqat said that she believes individual fundraisers are more helpful than government fundraisers because the former uses donations to purchase food and other items of need for the Pakistani people and distribute them directly to the people impacted.

“The MSA thought of a great initiative to raise funds to do whatever we can to help those who were displaced by helping them get relief packages,” Ali wrote. “Many people and organizations in Pakistan are doing the same by going to the affected areas with trucks of mosquito repellent tents, non perishable foods, hygiene kits to save from waterborne diseases, et cetera.”

Azeem said that people interested in contributing to relief efforts should donate to local, grassroot Pakistani organizations, which provide direct aid to those affected.

“Sometimes it is difficult to assess whether money donated to big-name charities will actually reach the people who need it the most,” Azeem said. “My family in Pakistan has recommended donating to Indus Hospital & Health Network … I would definitely recommend donating to these organizations over charities like the Red Cross.”