Amid a move, a second start for Rice’s Holistic Garden 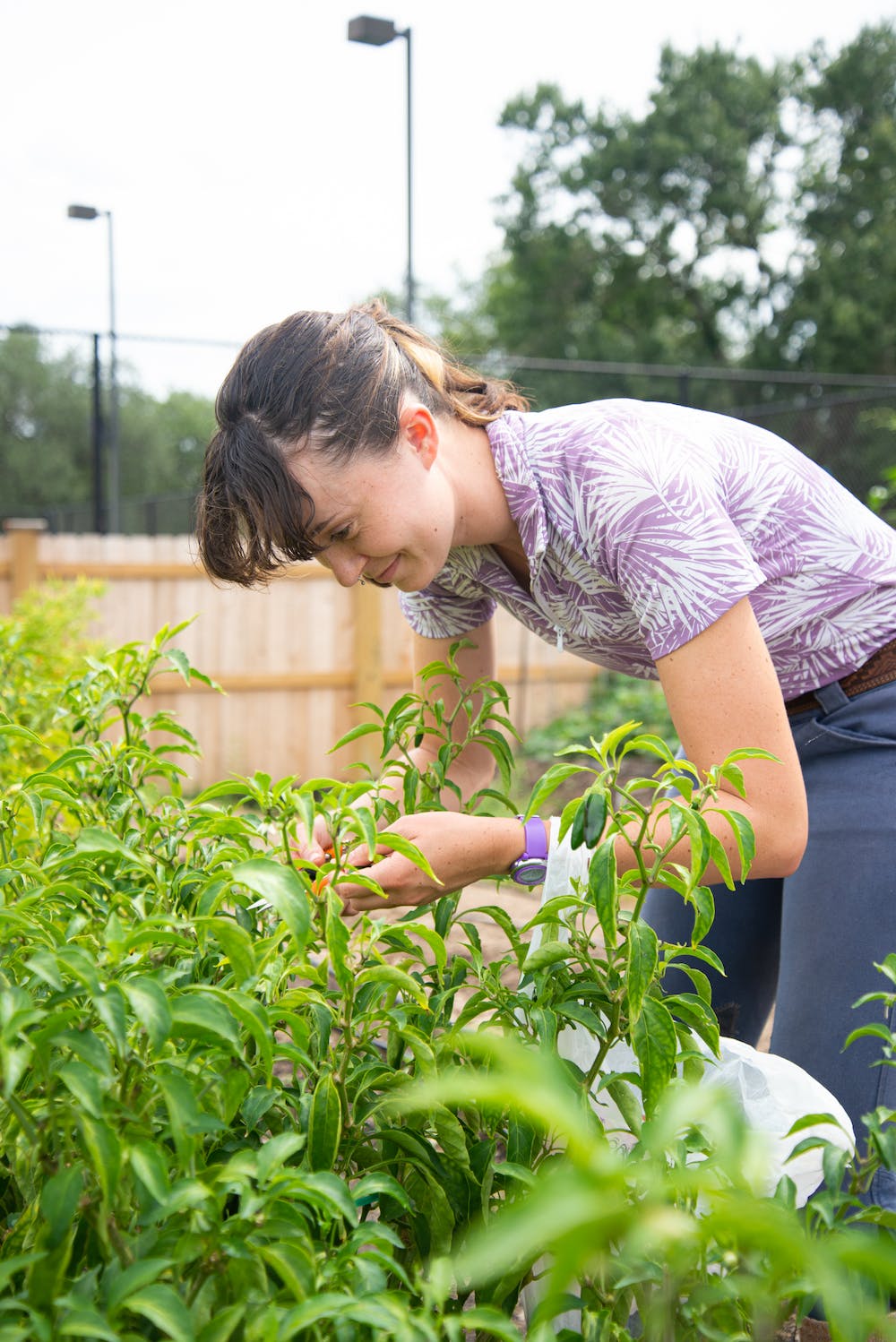 When the Betty and Jacob Friedman Holistic Garden moved last semester from behind the Moody Center to behind the Gibbs Recreation Center, it provided an opportunity for more cross-campus connection with the space. Joe Novak, the garden’s director, said he noticed an uptick in the amount of visitors in the Holistic Garden since May.

“I’m excited about the fact that we’re so much closer to the campus’ academic core and where the students’ colleges are, instead of being hidden in the secret over there by the Media Center,” Novak said. “We will also be included in campus tours and in various campus events because we’re now so much closer.”

According to Jade Hagan, the garden manager, the garden wants to start taking advantage of its convenient new location. For example, the garden is partnering with the Wellbeing Center to start Wellbeing Wednesdays, a time for Rice students to de-stress in the garden, which will begin Sept. 14.

“The idea [for Wellbeing Wednesdays] is to raise awareness of the mental and physical health benefits of gardening,” Hagan said. “The more people that know about the garden and that are using it, the better for us, because we’re here for the students.”

In addition to a collaboration with the Wellbeing Center, Hagan said the garden is also working on developing a Lifetime Physical Activity Program with the Rec Center. According to Hagan, the LPAP would focus on gardening and physical wellbeing in nature.

“We want students and faculty and people who are interested in this [LPAP],” Hagan said. “People who might be, you know, not the gym type, but want to get some physical activity; gardening might fill that gap for them.”

The garden also wants to host summer workshops on topics ranging from general gardening advice to horticultural therapy, according to Novak.

Kat Rhatigan, a Baker College sophomore, has been a student garden worker for nearly a year. Rhatigan said that she is glad that there is more awareness about the benefits of gardening in the Houston area.

“I really love urban agriculture being accessible,” Rhatigan said. “I don’t think it’s something people think about as an option for better food supply and more joy. Urban nature is such an important thing, and I’m glad that more people have access to this haven.”

Novak said that he wants to continue having more students use the garden. In order to increase its visibility, the garden is working towards hosting at least one large campus-wide event every semester.

Rhatigan said that the garden’s previous location had many plants that have not been added to their new location. She said she is looking forward to the replanting of the native pollinator garden.

Novak said that the garden hasn’t completely settled in yet, since there are still more things to replant and modify. For instance, the garden staff want to add educational exhibits around the garden, such as one on the life of an urban tree.

Hagan said that, although she is excited for the garden’s future, she is nostalgic for the development of their old location.

“It’s gonna take years to get this site looking mature enough, so I do miss that,” Hagan said. “It’s a lot of work right now, but it’s also an opportunity to do things better.”