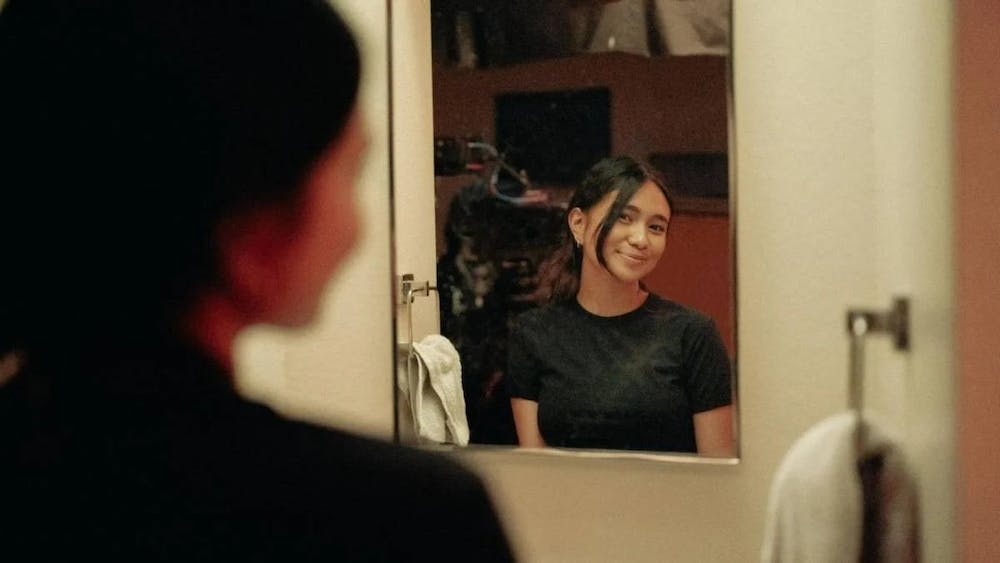 On “Nicole,” NIKI looks to her origins to move onwards, collaborating with her younger self to create a work that bridges the gap between two different eras of her life and career. The artist, born Nicole Zefanya, made a splash when she won a nationwide competition to open for Taylor Swift’s Red Tour in Jakarta. At the time, she maintained a YouTube channel, “nzee24,” on which she posted original songs and covers, primarily with a stripped back, guitar-and-vocal-based sound.

However, in a move to create a new identity for herself, Zefanya began performing under the name NIKI and removed all of her “nzee24” era videos from YouTube. She moved her sound from the singer-songwriter genre towards an aesthetic more grounded in R&B, eventually creating an uncategorizable debut album that delved into a darker musical palette.

“Nicole” is a return to Zefanya’s roots, made up of reimagined and re-recorded versions of songs that Zefanya wrote before taking on her new moniker. In her album announcement on Instagram, she told fans that “the first half of the album will feature both new & archived songs no one’s ever heard before, and the latter half will feature my personal favorite originals that used to live on nzee24.” Over the years, NIKI held onto her past work, waiting for the right moment to return to those songs. Inspired by Taylor Swift’s own re-recorded albums and a personal desire to revisit that time, Zefanya knew it was the right time to return to the words she wrote so many years ago.

The first single “Before” tells the story of a short-lived, long-distance relationship that Zefanya had in college. The song, which is also the beginning of the album, is interestingly about an ending. Even in the first verse, Zefanya mentions her boyfriend at the time “talk[ing] about [his] cool new friend / Who I never met, who you dated as soon as I left.” This sense of dissolution and hurt is contrasted by Zefanya’s smooth pop vocal delivery. The song sounds rather fun and energetic before listening to the lyrics. The most poignant moment comes when Zefanya laments, “It's so cruel how things are only almost like they were before” as the relationship dissolves.

“Oceans & Engines” touches on similar themes of loss and distance, written in “2016 when [Zefanya] was 17 experiencing the earth-shattering heartbreak of a first love moving away for good.” Unlike “Before,” “Oceans & Engines” is a loving goodbye to her former flame. The lyrics heavily reflect Zefanya’s age at the time, with a charming naivety that shows through. Her teenage heartbreak is clear in her pained vocals as she declares that she is “letting go.”

A highlight of the album is “Backburner,” a track about being put on the side by someone you care about. The song quickly establishes an on-and-off relationship where Zefanya is only contacted when her partner wants something. The intro line “I can't lie, it feels nice that you're calling,” followed up by a mention of how they should be dead to Zefanya in the chorus shows a reluctance to move on from a magnetic personality that feels good to interact with but ultimately does not care for her. The chorus also features Zefanya questioning if she’s better than accepting this unhealthy relationship—something that she doesn’t know if she can do. As expected, the partner fades away again in “a week or so,” leaving Zefanya on the “backburner.” The track is engrossing, as NIKI clearly wants to move on and not accept the behavior, but continues to settle with being in the back of their mind — something that many people can relate to.

“The Apartment We Won’t Share” is one of the most folk-influenced pop songs on the album. Another break up song, the track deals in the hypotheticals that people build while in relationships, and how they come crashing down when the relationship ends. It can be broadly summed up in the line “The story we won't tell is my greatest fantasy,” meaning that the end of the relationship was not just the end of what Zefanya and her partner shared, but the death of the dreams she had for their future. In the second verse, she views the relationship with two years of gained perspective, seeing how each of them have changed and diverged from where Zefanya thought they would be.

On “Nicole,” NIKI crafts beautiful, well-produced pop songs that use her personal experiences to relate to universal emotions and situations. Though largely about relationships, “Nicole” is also a tribute to Nicole Zefanya’s passion for music and songwriting before signing with 88rising.