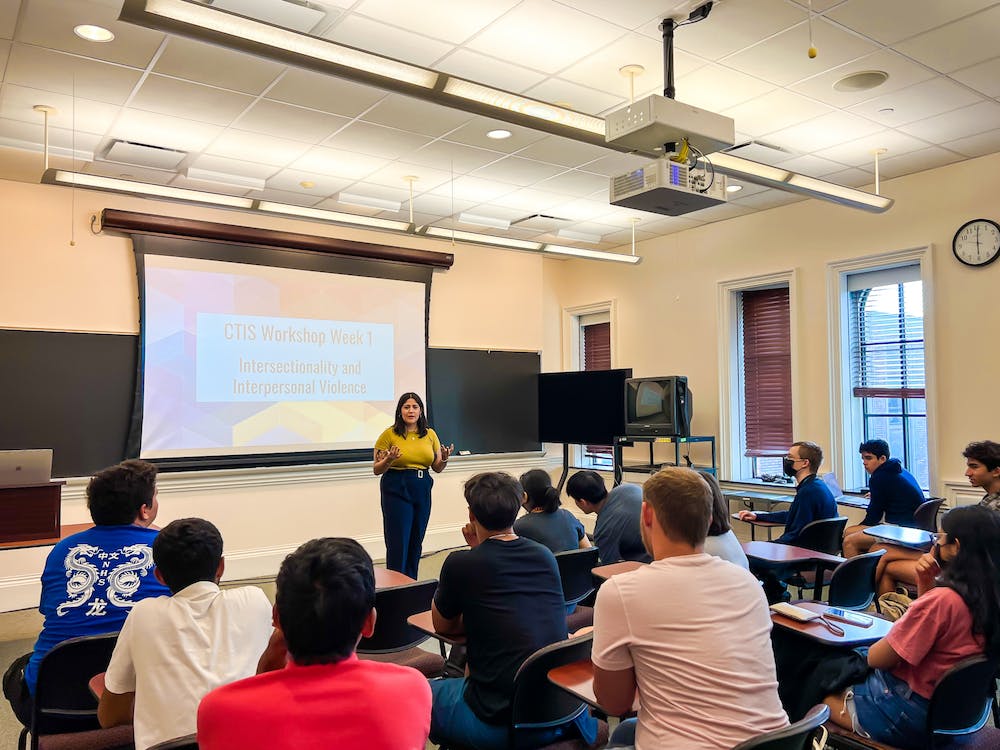 Changes will be made to the Rice Critical Thinking in Sexuality curriculum, a violence-prevention program with discussions on sexual consent and communications, beginning this semester, which includes an optional sixth session and several changes to the course’s original curriculum.

Cathryn Councill, the director of the Rice Sexual Assault Free Environment Office, said that the CTIS course is updated every year based on feedback from students, TAs and instructors.

“This year, we have added an optional sixth session covering information about sexual health, including STI and pregnancy prevention, STI testing and communicating with partners,” Councill said. ”This session was piloted last fall as a stand-alone workshop, and students expressed the need for this and collaborated with the SAFE office to create the proposal and slides.”

“The sixth session will have information about where to access contraceptives and obtain medical resources in Texas in accordance with Texas law,” Councill said.

“Roe v. Wade and access to abortions outside of Texas is not in the curriculum. Students with questions or concerns about their sexual health can schedule an appointment with Student Health Services.”

Councill said the decision to make the section optional was meant to gauge interest in the section and make adjustments later on as needed.

“The goal of CTIS is to provide a framework of consent, healthy relationships, and violence prevention at Rice. Students asked for more information to be added to CTIS about reproductive health,” Councill said. “Since this is the first year of including this new session, we decided to make it optional as we gauge input on the content and work toward providing robust programming on sexual health.“

Kareena Patel, a Jones College sophomore, said she would have attended the sixth session if it was offered her freshman year.

“[The optional sixth session gives] a lot of information that [Rice students] know and hear through other applets but gives a good way to have the information reinforced,” Patel said. “[It] also gives a way to be able to be there with your peers to hear and understand their feedback and what situations they come from.”

Vedha Penmetcha, a Sid Richardson College sophomore, said that she also would have attended the sixth session as a freshman, despite it being optional.

“[The optional sixth session] is a good, solid foundation of sexual health in general and is pretty important as you are entering coming to college and becoming more independent,” Penmetcha. “So even if it were optional, I think I still would have attended.”

According to Councill, there have been changes made to the original curriculum too.

“Activities such as the gender box exercise in week one have been removed. Information and activities about intersectionality beyond gender identity have been added based on feedback from the previous years,” Councill said. “We were also asked to provide more flexibility in class times, so we have offered early evenings, daytime classes and Saturdays.”

Councill said that CTIS will be taught at the university level beginning this semester.

“Over the past two years, we have received feedback from students who wanted to see sections not taught by residential colleges but rather in open sections,” Councill said. “There seemed to be a variety of reasons as to why students expressed this opinion, so we thought we would reorganize the classes.”

[8/23/2022 at 11:47 p.m.] This article was updated to include an additional quote from Cathryn Councill, the director of the Rice Sexual Assault Free Environment Office.