Theatre expected to split from VADA 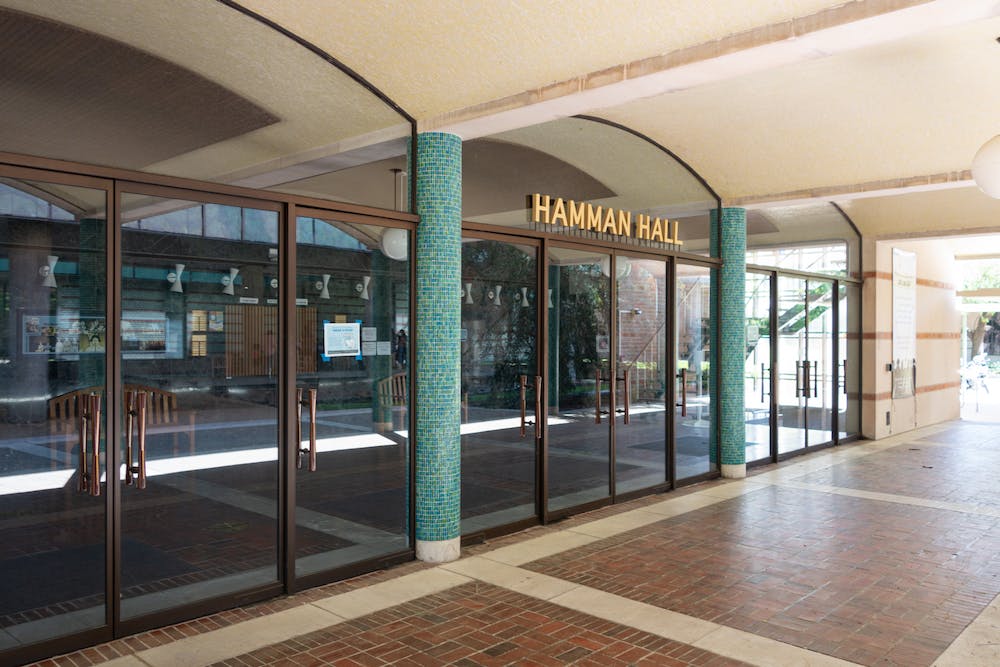 In the coming years, Rice’s visual and dramatic arts department is anticipating a drastic restructuring of its current curriculum, according to Dean of Humanities Kathleen Canning and VADA Chair Bruce Hainley. Theatre students voiced concerns about these changes, as well as safety and Americans with Disabilities Act compliance issues in the current theatre building, Hamman Hall.

“I [am] struck that, unlike many universities that I think Rice likes to compare itself to, theatre is not a separate school,” Hainley said. “It is unusual to have a theatre program joined at the hip to a visual arts program.”

These changes are anticipated to occur in 2024, possibly as late as 2025, although current students who have declared their majors will not be affected.

Hainley said that a significant factor in the VADA department’s conversations about a future restructuring of the major is the current cultural landscape surrounding contemporary art.  Hainley said separating the departments will help the visual arts program grow into everything it can do as a participant in Houston and elsewhere with contemporary arts.

“At this time, the most productive conversation requires a separation of these two things so that theatre can flourish in ways that I’m not sure it always has,” Hainley said.

Mei Leebron, a Duncan College senior majoring in VADA with a theatre concentration, said she was frustrated and blindsided by these changes.

“I came to Rice for theatre,” Leebron said. “So, for [theatre] to be essentially disbanded or swallowed by another major, and having it not be part of VADA anymore, is incredibly devastating [...] To have a more well-rounded school, Theatre needs to flourish and be alive.”

Caleb Dukes, a Lovett College senior majoring in English and VADA with a theatre concentration, said they are still concerned about the future of theatre at Rice.

“[These changes] won’t affect me at all,” Dukes said. “And I keep pointing that out [that] I care about the future of Rice theatre, not just about myself.”

Canning said she understands that any change feels distressing, but change does not always have to be inscribed with negativity either.

“You can make any creative relationship work,” Canning said. “Rice is small, and one of the challenges of a School of Humanities is to create all kinds of creative interactions and collaborations with the faculty we have.”

These conversations about potential changes to the VADA major come after the announcement of Sarofim Hall, the new building for VADA students and faculty.

“There is a very dynamic pre-design [for Sarofim Hall] and I think it’s something that everyone should be excited about, and it’s certainly going to provide new opportunities,” Hainley said.

Among the facilities envisioned for Sarofim Hall, a proscenium theatre—an arched theatre with tiered seats— is not included in the pre-design. According to Hainley, the current design plans envision a black box theatre.

“In the design competition, we envisioned a building that might have to be built in two phases because of funding,” Canning said. “It was, at the time, [possible] that that building involved a theatre. But the original budget for the building was 25 million dollars ... it quickly became clear that the most expensive single piece of the building would have been a state-of-the-art theatre. In fact, we’re still actively fundraising in order to have sufficient funds to break ground on [Sarofim Hall], which we would like to do in early 2023. So no, the plans are not to have [the proscenium theatre].”

Leebron said that she’s frustrated with this decision to exclude a proscenium theatre from Sarofim Hall.

“[This decision] is honestly highly disappointing,” Leebron said. “I think that part of the theatre experience is sitting in a proscenium theatre ... theatre is always getting the short end of the stick in higher education.”

Dukes said that the current space for theatre production, Hamman Hall, is inaccessible and often unsafe for students. Hamman Hall is not up-to-date with current ADA regulations, according to Kevin Kirby, the vice president for administration.

“Although [...] we’ve lived and loved in Hamman Hall, it doesn’t work as a space,” Dukes said. “We have students with canes and walkers who can’t do theatre because the building is not accessible to them. It doesn’t have ramps [up to the stage], you can’t get to any of the classrooms because the classrooms are only accessible through stairways. It’s not fire-code safe.”

According to Canning, Rice’s administration is aware of Hamman Hall’s multiple code violations.

“Christina Keefe, head of theatre, took us [after I joined as dean in 2019] on a walk to show us all the ways in which the building was not compliant with safety, productivity for a theatre,” Canning said. “It’s been very clear for a very long time to everyone above our heads that Hamman Hall is insufficient in its current state for the program, and that it also needs a lot of work. So the decision simply has not been taken to renovate [Hamman Hall] so that it would actually be a good facility for theatre.”

Kirby said that although Hamman Hall does need to be renovated, there are currently no plans to renovate the building due to a lack of funding.

“We did a study about that four or five years ago,” Kirby said. “At the time, it was an 11 million dollar renovation [...] Right now, it’s not in our capital plan to do that renovation because we don’t have the money.”

Hainley said that the theatre faculty have actively participated in the VADA department’s conversations about restructuring the major.

“VADA had several meetings last fall. [Keefe] and all the people who work in theatre were at those meetings when we made the decision to move toward a department of art,” Hainley said. “They were fully heard and participated in those meetings. It’s not as if this [decision] is coming from me or just from a cabal within VADA.”