NESB construction remains on schedule amid other delays 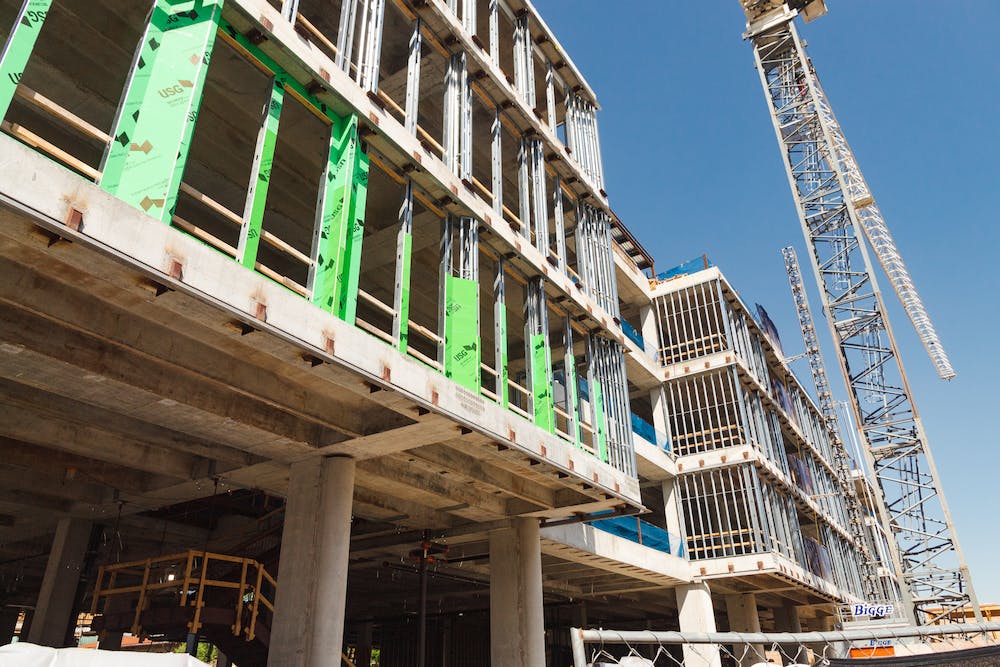 The New Engineering and Science Building construction remains on schedule despite the recent disruption of multiple construction projects at Rice caused by pandemic-induced supply chain and inflation issues.

According to Associate Vice President for Facilities Engineering and Planning Kathy Jones, the initial interior buildout of the new building is targeted for completion by the summer of 2023.

“The Abercrombie Building, which is also currently known as the New Engineering and Science Building, is being constructed in phases,” Jones wrote in an email to the Thresher. “Subsequent construction will occur to complete the interior buildout of additional research labs. The NESB does not have any mass structural timber as part of the building design, therefore the schedule has not been impacted due to timber shortages.”

However, Jones said that COVID has impacted other aspects in the construction of the NESB, especially through the inflated cost of materials.

“The team anticipated COVID-related cost increases from the beginning of the project,” Jones wrote. “Most of the increases have been related to construction material escalation, which was driven by supply chain issues. Overall, we have been able to counter that by separating the project into multiple design packages in order to buy material like steel and concrete and mechanical and electrical equipment early before further cost escalation.”

“Abercrombie Laboratory had reached the end of its useful life,” DesRoches wrote in an email to the Thresher. “Many features of the building were not up to the current code and the labs in the building could not support state-of-the-art research. Past renovations of the building to meet contemporary research needs were expensive because the building did not have the necessary infrastructure to support today’s research programs and endeavors.”

Jones said that the engineering departments that were previously housed in the Abercrombie Building have been transported to temporary locations across campus.

“Former occupants of the Abercrombie Laboratories Building have been relocated to various other buildings on campus according to their programmatic needs and where space was available,” Jones wrote. “All of these moves, with the exception of a few, are considered temporary.”

The NESB building has essentially finished its vertical construction, according to Department Chair of Chemical and Biomolecular Engineering Michael Wong.

“They’re going to do a top-off event this week or next week, where they define the top-off as the highest the building will go,” Wong said. “If you define finishing as how high it goes, it will be finished already now. Of course, it’s not ready to move in yet … [but] the building will have its first occupants one year from now.”

Move-in has been divided into multiple waves. The Department of Chemical and Biomolecular Engineering will be among the first to re-enter the building, according to Wong.

“The first stage is several research laboratories, myself included, and maybe two or three other ones from engineering and from natural sciences,” Wong said. “I’m guessing that by the middle of spring we will be able to move some of our equipment in, and to have everyone fully move in maybe at the beginning of summer.”

Tony Yu, a Wiess College junior majoring in electrical engineering, said that he is looking forward to the new building.

“The old building isn’t aesthetically pleasing compared to the rest of campus,” Yu said. “I also think we can have more lab space since most of our labs were in Brockman.”

Wong said that he is excited for the new building to help revive the sense of community within his own department.

“I’m in the [Space Science and Technology Building], and my faculty and staff are literally in seven other buildings,” Wong said. “It’s kind of hard to have a good vibe when we’re all separate on campus. Even though the campus is cozy, it’s still nice to be in the same building instead of setting up a zoom meeting over email.”