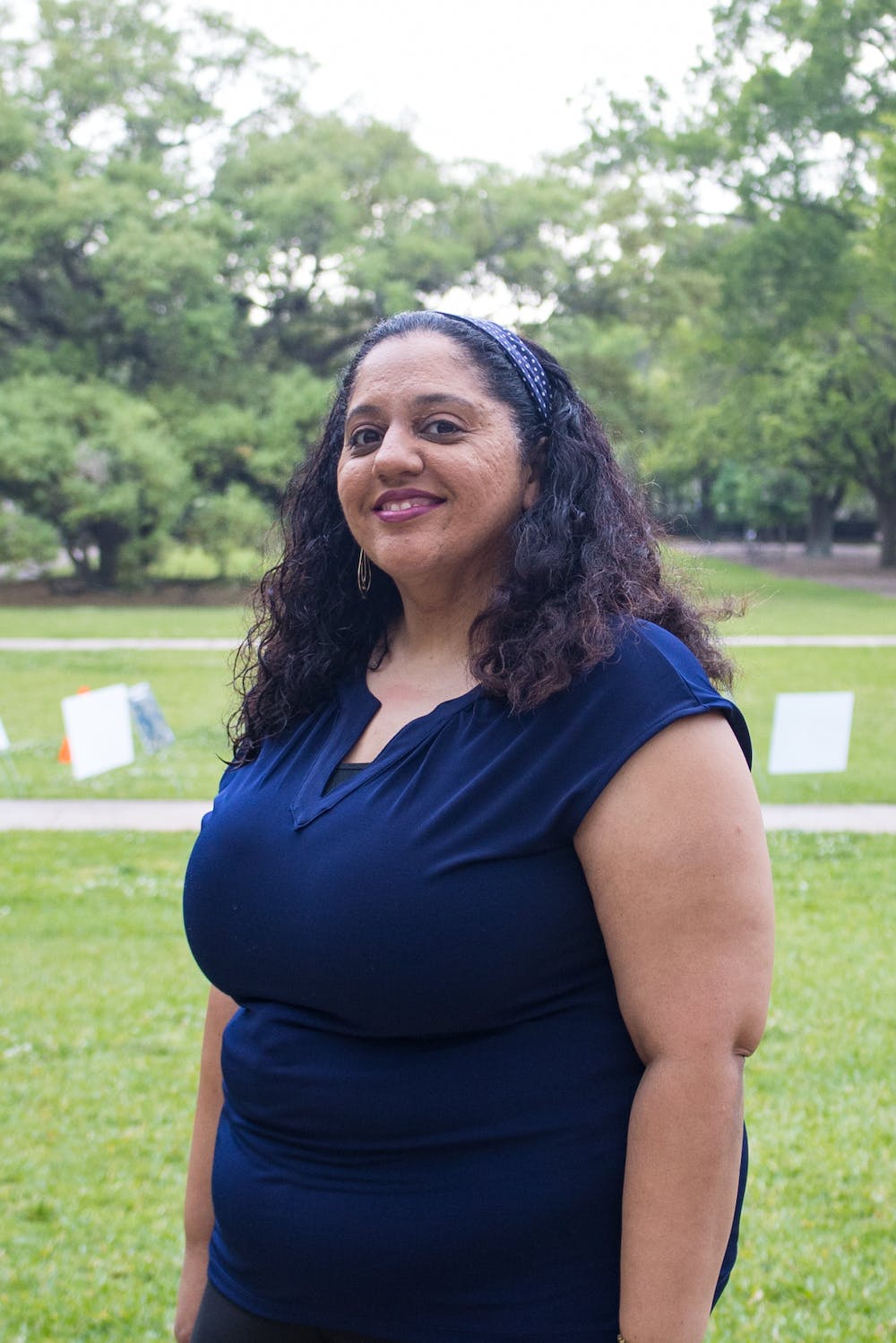 Shannon LaBove wears many hats at Rice. On any given day, LaBove can be found in her apartment in the new Sid Richardson  College building, coaching Rice’s speech and debate team or lecturing a class on interpersonal communication.

A Houston native, LaBove often passed by the Rice campus when she was growing up. Although she admired the university, she said that imposter syndrome got in her way.

“I was a little intimidated. Being first-gen[eration and] low-income, I just didn’t think I could get into Rice,” she said. “For someone who thought she couldn’t be a part of Rice, I realized [later on that] Rice was where I fit all along.”

LaBove has been a part of the Rice community for 9.5 years and an RA for three semesters. According to LaBove, her FGLI experience has influenced her teaching. She acknowledges that not everyone comes to Rice with the same background.

“I really try to make my teaching inclusive so that different learners from different backgrounds can feel comfortable in my classroom,” LaBove said. “[My high school] had more focus on passing the state tests than it did on APs … it had a lot of great alternatives, but it didn’t always mean that I felt as prepared for college as some of my [peers].”

She said she emphasizes that coming from a different background is something to celebrate, not something to be ashamed of.

“The place you come from is a good place. Where you start is a good start,” LaBove said. “[You get] a lot of super important skills for the classroom, and you shouldn’t dismiss those skills just because they aren’t the typical skills you see as ‘good’ skills for students to have.”

LaBove said that she considers her speech and debate coaching performance activism since she helps students find their own boundaries and places to advocate for what matters to them.

“Helping a student find their own voice is incredibly important to me,” LaBove said. “Having a healthy team, a healthy space, where you don’t feel like you have to do it, but you know you will always be supported in the opportunity to speak your truth, becomes really pivotal.”

LaBove is currently working on writing a book that encourages people, especially first-generation students like herself, to get into public speaking.

“Getting that kind of slightly irreverent, positive, you-can-do-it voice out for public speaking is something that I think is important, because it’s not quite traditional,” LaBove said.

LaBove said she works best by writing down all her ideas and editing later. She said reaching her target audience is her main priority, and she joked that she may switch to a trendier medium.

According to LaBove, she finds meeting Rice students in their everyday lives very fascinating, and getting to know them is one of her favorite parts of living on campus.

“Whether it’s walking into [Sid Richardson commons] and hearing a concert pianist play, or it’s listening to someone you know is going to change the world in medicine one day, there’s always something new that I get to learn,” LaBove said.

LaBove said being an RA has also allowed her to get more involved in the Black community at Rice. She hosts weekly lunches for Black Sidizens and is a faculty sponsor for the Black Student Association. She said she also talks frequently with Rice health initiatives about what it’s like to be a Black FGLI student in non-welcoming spaces.

“We can talk about diversifying faculty, but part of that means seeing yourself as a faculty member,” LaBove said. “Representation, seeing someone who looks like you, sounds like you, goes a long way in feeling like you could do it yourself.”

LaBove said she wants to acknowledge that her point of view is not the only one, as there are many different Black stories here at Rice.

“I think that part of my being able to [share] my journey here is because of voices and people that do exist in various different places that always don’t have the accolades,” LaBove said. “When you do see someone who is Black at Rice, they may not always talk about their journey here, but just the support they offer [to other Black members of the Rice community] is super important.”

Editor’s Note: This is an installment of Black at Rice, a Features series intended to highlight and celebrate Black voices on and off campus. Have someone in mind? Nominate them here.