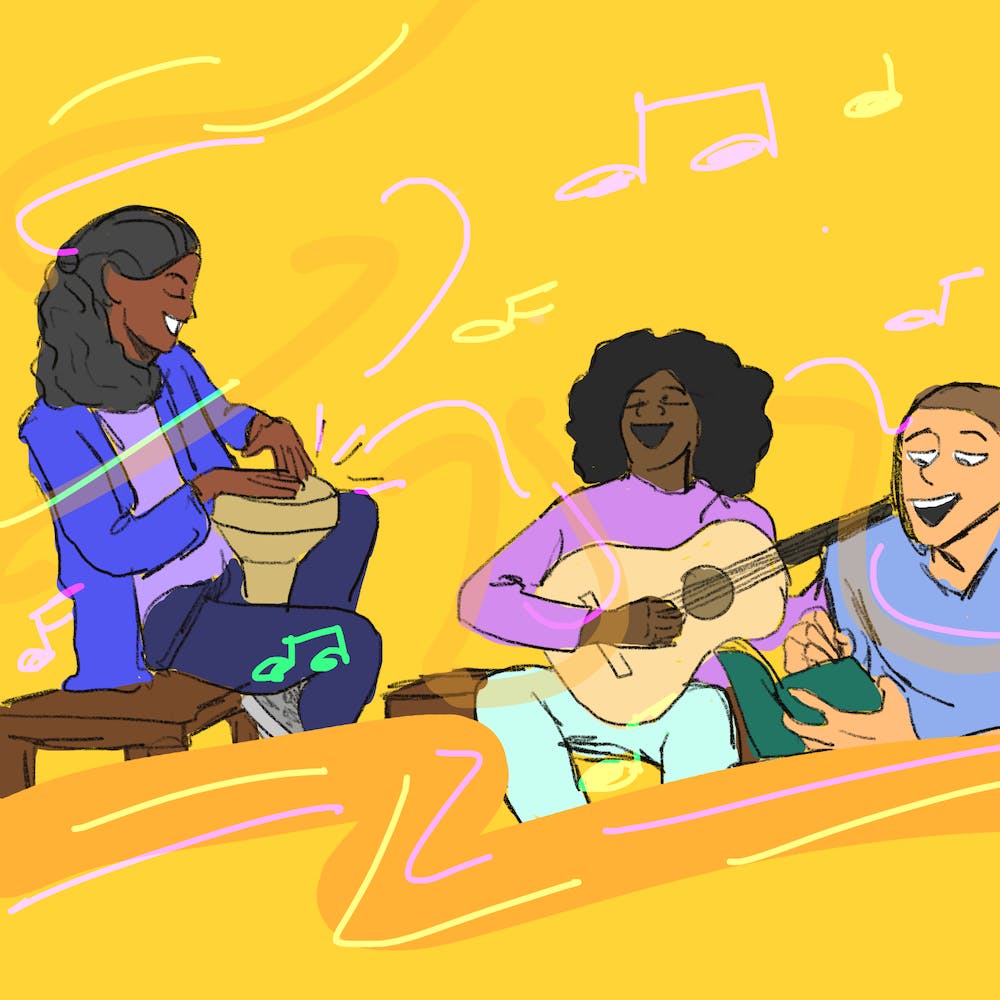 Last semester, the Rice Music Collective created the Tiny Nest Concert, compiling the talents of 25 student artists under soft purple lighting in an intimately staged apartment off-campus. A play on NPR’s Tiny Desk, the video series of 22 musical performances was released over a period of six weeks. Since then, the club has continued to attract attention from musicians and non-musicians alike as they arrange events to showcase student talent. This week, the Thresher caught up with some former Tiny Nest performers to hear about how they became involved with music, their experiences in the club and the projects they’re currently working on.

Shannon Cui, who performed a cover song for Tiny Nest, said that the club has rapidly evolved over the past two years. Cui helped lead its rebrand as Co-Vice President before graduating from Rice in 2021, and cites Tiny Nest as her favorite thing she’s done at Rice. The project was the club’s largest event to date and helped to draw in new members.

Jacob Lu, a McMurtry College senior, first joined RMUC through Tiny Nest but has been creating his own music since high school.

“Before I started making [music] myself, I was always kind of like, ‘I don’t want to be bad at it,’” Lu said. “But then in my senior year of high school, a couple of my best friends started making a mixtape, and it was bad. I [figured], if they can do it and make bad stuff and have fun, then I can do it too. [My music] is better now but still has room to go.”

Lu is involved in every step of the creative process, from songwriting and performing his songs to mixing and mastering the audio. He said that singing an original song at Tiny Nest helped him to refine and release it to the public.

“[Tiny Nest] was fun for me because I performed an early draft of a song and I got to see if it had bones. People liked it there, so I finished it and released it about a month later,” Lu said.

“It’s really easy to get involved,” Derek Jenkins, a RMUC member, said. “All you have to do is show up to a meeting. We take on anyone.”

Jenkins, a Brown College senior who plays guitar and produces music, said that RMUC’s Produce-A-Thon was an example of the club’s reach among students from all ability levels.

“We had two weeks to make a track with randomly assigned people, and we had a showcase [at the end] to show what we had made,” Jenkins said. “We had people showing up to support that weren’t even involved with the projects, so I’d definitely say the culture of the club is very nurturing and open.”

“The Rice Music Collective [isn’t pretentious]. It’s just people who are trying to have fun and make good music. If it’s two chords for the whole song and it’s good, then it’s good,” Bussell, a Hanszen College junior, said. “A composition professor would never let you get away with that … It’s fun to have a low pressure, high creativity, high collaboration environment.”

Sometimes, this unconditional support leads to unconventional creations. Noah Ortega, a Martel College senior, creates instruments with electronic devices he finds at thrift stores by taking them apart and rewiring their circuits. The process, called circuit bending, produces uncanny higher frequency sounds that Ortega uses for his music. The gadgets he repurposes range from white noise machines to a decades-old toy keyboard that he drilled an audio jack into.

“I just love going to Goodwill every week and seeing what they have, and sometimes they’ll have something that kind of catches my eye,” Ortega, an Electrical Engineering major, said. “I found a Peppa the Pig guitar. You can really take anything and make it into an instrument. It can sound really glitchy and cool.”

Ortega showcased his unique sound at Tiny Nest, where he also helped produce and mix other performances. Of course, his indeterminate creative process can go awry; he said that he sometimes accidentally fries the circuit boards.

According to Bussell, the trial and error involved in composition is a natural part of producing something worthwhile.

“[Making music] is a really rewarding experience, even though you do have to kind of scrape through the mud a lot to find ideas that are worth expressing. If I’m ever feeling any type of way I’ll go sit at the piano and make stuff up and see what happens,” Bussell said. “On a visceral level, it’s just nice to be able to sit and make your own music [from] whatever you’re feeling. That’s the best privilege I know.”

Jasmine Lee, a Brown senior, draws from her experience at an arts high school to put her own spin on covers of pop songs. Lee, who also plays bass, guitar and piano, uses vocal stacking to add airy harmonies to the track.

“Most of the covers I’ve made are pop songs. So taking pop and making it a little more funky and jazzy,” said Lee. “I did vocal jazz in high school, so that’s where a lot of my musical inspiration comes from.”

“I try to make it more of an ensemble feel because I add so many vocals to layer on top of each other, because that’s something I have a lot of experience with through singing with a lot of other people,” Lee said.

The Collective hopes to carry on their momentum into this semester, with the possibility of a second Tiny Nest, multiple jam sessions and pop-up performances around campus. Bussell encourages interested students to join.

“People should join the Rice Music Collective because there are cool people, and creative work is always fun and rewarding and good for the world,” Bussell said. “There’s nothing bad about art.”