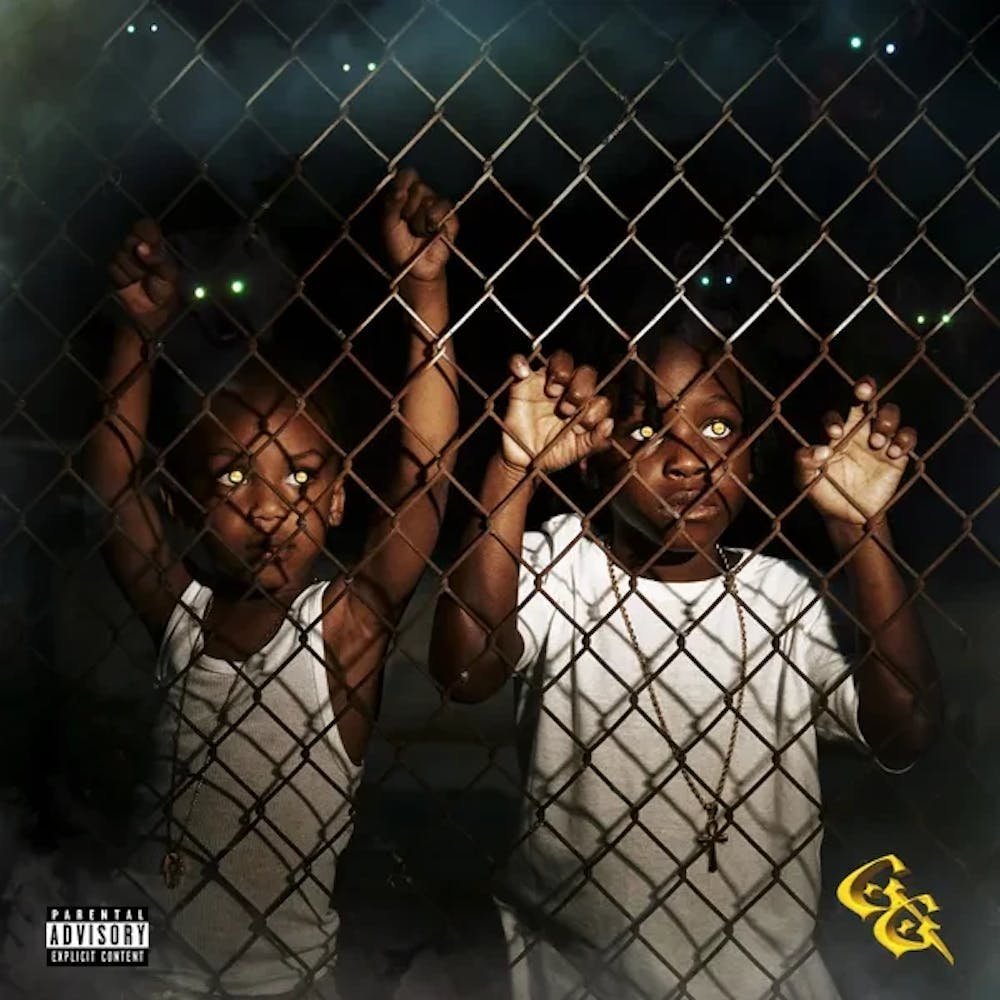 Similar to many people’s experience, the pandemic and lockdown was a time of reflection for Johnny Venus and Doctur Dot, the duo behind EARTHGANG. Instead of  touring or interacting with fans, the members of EARTHGANG put their energy towards “the godly part of really just transforming yourself.” This transformation has led to an album that deals with a form of godliness and success achievable through hard work and the uplifting support of their community.

“GHETTO GODS” embraces a socially conscious lyrical style that lends itself to a deeper exploration of Blackness in America after previously investigating faith and religion in 2020’s “Spilligion.” An early highlight on the album is “WATERBOYZ,” which features label-head J. Cole and frequent collaborator JID. The track alludes to young boys in Atlanta who sell water bottles at busy intersections to help support their families, a common form of hustling that is often demonized in news. It begins with an off-kilter beat that creates a swinging feeling throughout the song and continues throughout “WATERBOYZ.” Verses deal with topics from the influence of money and greed on fame, the dangers of street crime and the benefits of success. Both JID and J. Cole’s verses fit well on the track and elevate its overall sound.

Another track, “ALL EYES ON ME” has the same title, albeit with a different spelling, as the last album Tupac Shakur released during his lifetime. It celebrates Black success in spite of countless factors working against Black Americans. “In this world, [Black] men are targets, political targets, physical targets, always criticized and judged by their appearance, the chains, the money, the skin. All eyes are one us yet we still shine,” reads a tweet from EARTHGANG promoting the single. The song also works with the theme of Tupac’s untimely death with the theme of loss and the people who didn’t make it. “I could tat a hundred tears on my face,” utters Johnny Venus, referencing the popular prison tattoo as a sign of loss, the hyperbolic image of 100 face tattoos to call to mind the unequal rate of Black incarceration. Doctur Dot’s verse also brings in the idea of leveraging success to help the broader community and improve more people’s lives.

Later on the album, “POWER” embraces a strong production style. It opens with a guitar solo that breaks into the kind of strong vocal backing that would feel at home in  larger-than-life film scores like “Dune.” The sound then fluidly moves into a more tender piano-based backing that flows into a Gospel-infused chorus from CeeLo Green. All the while, verses contrast the search for power through fame and money with the loss of power that many people experience. While many other artist’s tracks with a similar theme solely focus on a personal search for power, EARTHGANG hones in on using the power of money and fame to make a positive change for others.

Throughout “GHETTO GODS,” EARTHGANG draws from a range of genres and styles while rooting their sound in Southern hip hop to create a socially conscious work that effectively conveys a wide range of issues facing Black Americans. The album’s  intentionality creates a focused album that is varied musically but feels unified in its purpose and sound.