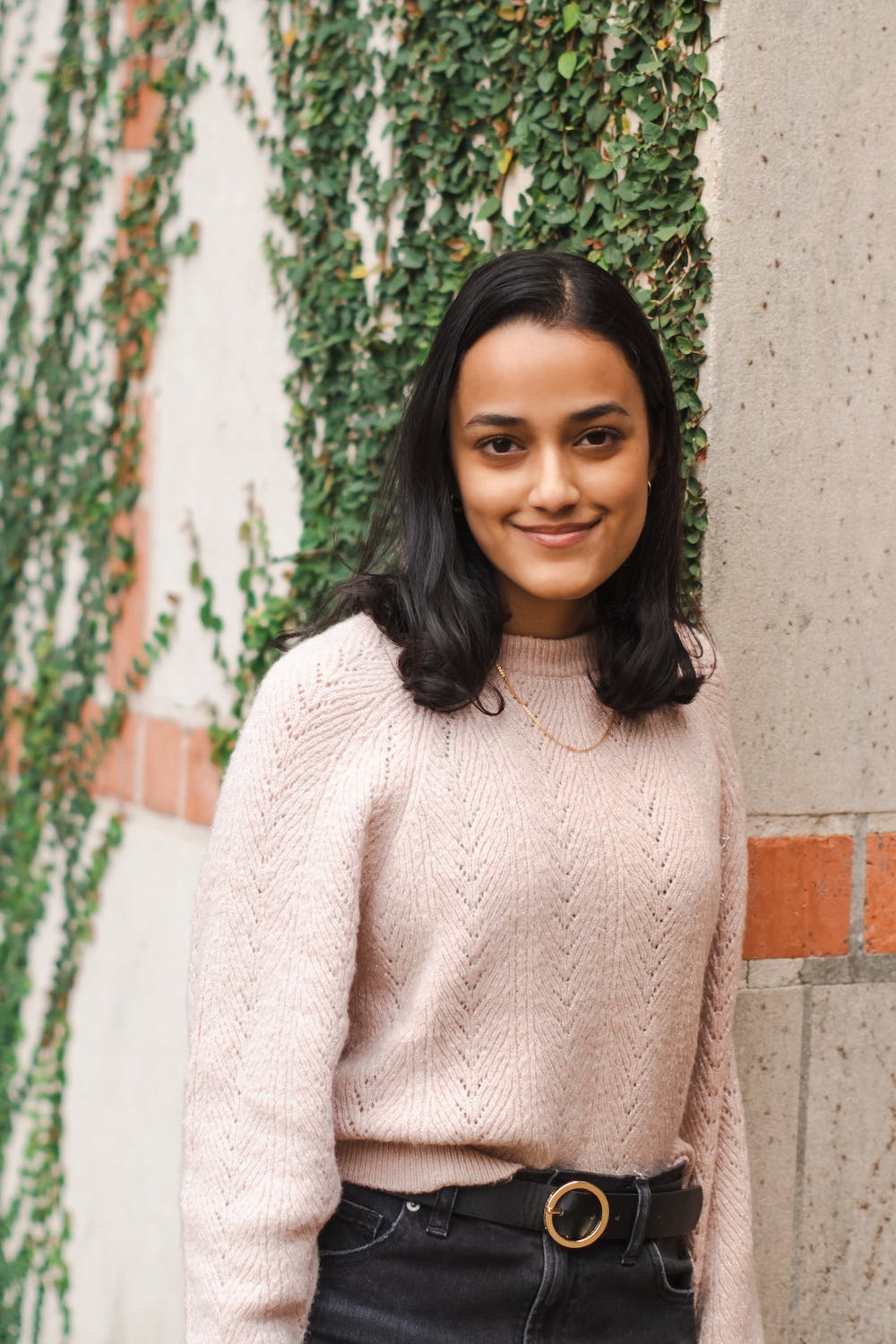 Mahima Masih didn’t really pay attention to sports until quarantine in the summer of 2020. According to the Brown College senior, she started watching hockey after a friend suggested it because there was not much else she could do.

“I gave it a shot and watched one game and absolutely fell in love with it,” Masih said. “Almost two years later I [now] write for the Dallas Stars FanSided site.”

Masih said that her passion for hockey has influenced what she aims to specialize in as an optometrist.

“I’ve been able to find this really fun intersection of my interests in healthcare and sports vision, like understanding concussions and how they impact your eyes,” Masih said. “I would love to work in vision rehabilitation or sports vision. I never would have thought that a couple years ago.”

Before hockey, the sport closest to  Masih’s heart was martial arts, which she participated in throughout middle and high school. Masih said she studied Taekwondo for three years and then Shaolin Kempo for four years, during which she received a black belt.

“[Martial arts] helped in so many ways. It’s something I definitely want to get back to,” Masih said.

Masih said that her family visits relatives in India most years and that during one visit, she taught martial arts to students at the school where her grandfather works.

“I worked with my sensei back home to teach self-defense to hearing-impaired girls,” Masih said. “That’s something that was such an important experience. I definitely want to go back there and do some more [martial arts teaching].”

According to Masih, the process of becoming an optometrist, a healthcare professional who provides optical and medical eye care, is similar to the pre-med path. Masih said that she likes how optometry combines human connection, science and her own personal interests.

“I always knew I wanted to work in the health profession,” Masih said. “One of my good friends, who graduated a couple years ago, is in optometry school now. Hearing her talk about it and go through that process and how she figured out it was right for her – hearing that firsthand – really helped me decide on [optometry school]. It felt like a really good match of what I wanted in life.”

Masih, a major in kinesiology with a concentration in sports medicine and exercise physiology, plans to apply to optometry school after taking a gap year.

“I think with COVID especially, a lot of the seniors I’ve talked to need a little bit more time before jumping into [more] years of school,” Masih said.

Masih said that she studied remotely at home in San Diego for a year and half during the pandemic – an experience that was particularly alienating because her dad and brother had asthma.

“We were really trying to be extra careful to not go out anywhere so I couldn’t even really meet my friends in San Diego,” Masih said. “I don’t regret doing that to keep us all safe but it was a really isolating experience from the Rice community because Zoom can only do so much, especially after having an experience of what college is like.”

Reflecting on her time at Rice, Masih said that Orientation Week and time spent with friends compose her favorite memories.

“I’ve formed really solid friendships my freshman year which I’m grateful for,” Masih said. “The four of us are still a really tight group now. My good memories at Rice are surrounded by those friendships.”

Masih said that she is happy to be back at Rice this year and is looking forward to her gap year to get more experience in the field of optometry.

“It’s really nice to be back senior year and see everyone,” Masih said. “Things are just slowly continuing to get back to normal. It’s good to see. Beer Bike is coming back; that’s amazing.”

At Rice, Masih volunteers as a mentor for the Red Cross club, an official chapter of the American Red Cross that aims to prevent and alleviate human suffering during emergencies by mobilizing volunteers and donors.

“I’ve learned a lot of lessons in college and getting to talk to younger kids who are going to go through that has really been a good experience – teaching them that whatever ideas you come into college with, don’t cling to them,” Masih said. “[While] it’s good to have a sense of what you want to do, I’ve learned personally it’s important to be open to new experiences and grow with them instead of pushing against them to go with your original idea.”

Masih said that this advice stems from her own experience of switching her major from biochemistry to kinesiology in her junior year.

“[Biochemistry] didn’t feel like the right fit ever,” Masih said. “It felt like I was stressed at every turn with no enjoyment ever. Once I gave [kinesiology] a shot and took some classes and interacted with the professors in that department, I just really loved it.”

Masih said that despite her initial resistance to changing majors, doing so allowed her to discover the exciting intersection of sports, kinesiology and hockey.

“[Learning about kinesiology] made me a better hockey fan and writer because I can incorporate so many more ideas,” Masih said. “It’s been a really fun way to see how they both intersect and it just feels like the right spot for me. Once I started letting myself grow with whatever new experiences I had, things just felt a lot better and everything kind of clicked.”