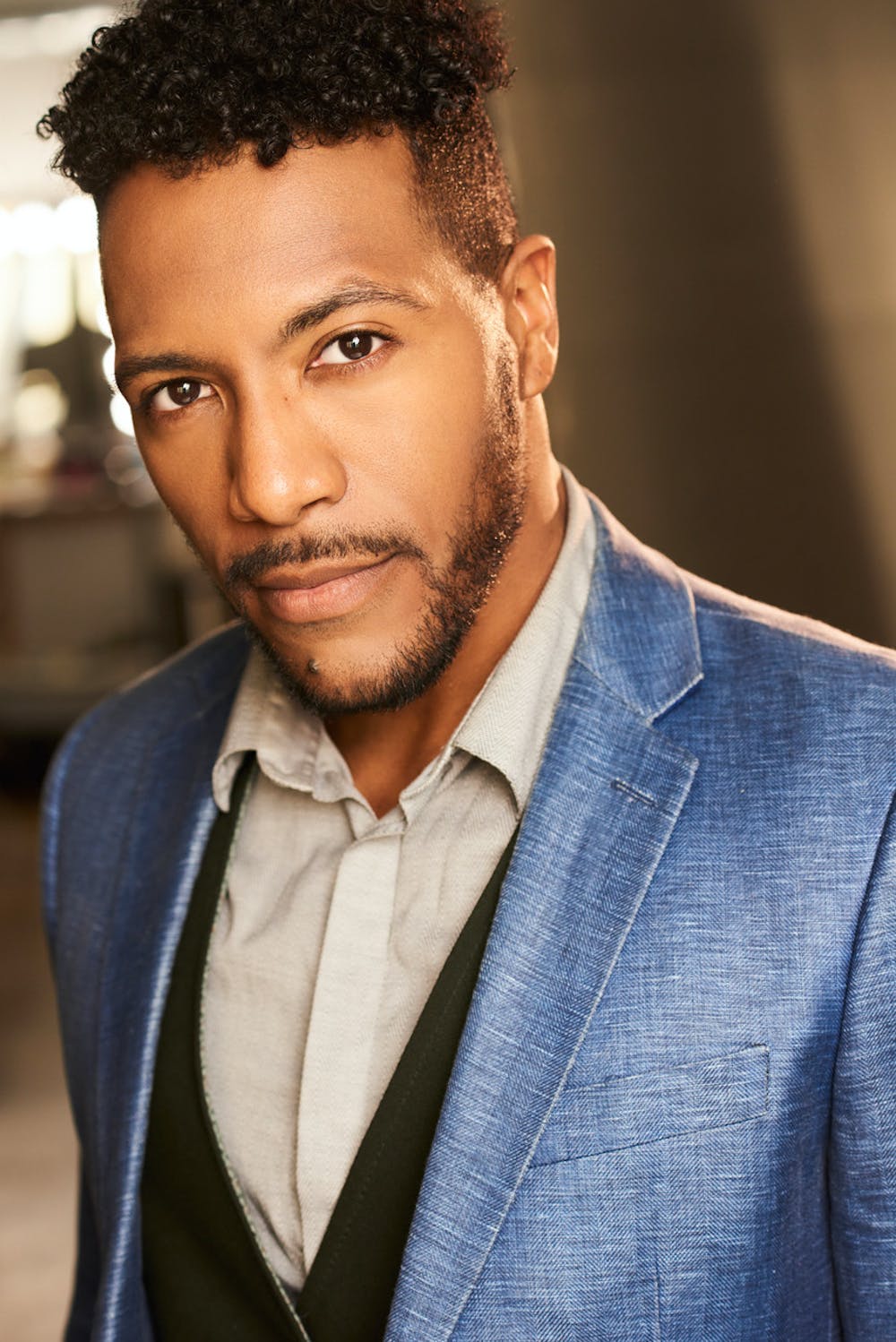 Rice Thresher: What initially attracted you to theater?

John Devereaux: When I was 12, I saw “The Lion King” at the Hobby Center with my mom, and I was very inspired in some way. I didn't know at the time that was an actual career choice for me. Later in high school, my freshman year, a lot of my friends were in a show that was being put on, and one of the guys had dropped out. My friends were like, “John, you’ve got to come and be in the show.” I was like, “No, that's not really my thing. I'm much more of bookworm,” but they peer pressured me into it. When we finally had our opening night, had my first moment on stage with the audience, and something just clicked. It just felt right. I felt so centered. I think that was when I got the bug. Then, after that, I went to TCU in Fort Worth and ended up getting a bachelor of fine arts in acting.

RT: Can you talk about the experience and unique challenges of working as ensemble in “Hamilton?”

JD: What I love about the ensemble of the show is that the ensemble is the physical manifestation of the innermost thoughts and desires of the characters.

Ensembles really are the meat of the show. If you have an ensemble, it’s to provide support. It’s to put things in context. There’s this kind of belittling of ensemble members, because they’re not the leads, or because they don’t have a feature or speaking lines. It took me being in the ensemble for a show in college to understand how much work and how much dedication and focus it takes to be in the ensemble. Because you’re playing multiple characters, you’re providing multiple worlds in different locations, and you’re providing context for which the leads can move through and through which the story can be better told. I have such a respect for ensemble members, and I wish there was more respect for them outside of those people who know the industry.

RT: What was the experience of working on “Hamilton” like?

JD: On my first day, our dance supervisor said, “Before we start, I want you to know that you're here for a reason. I want you to know that you belong here, and I want you to know that this will be difficult. There'll be times where you feel like you want to quit, or you feel like you're not going to get the choreography, like you don't belong here. I'm here to tell you that you are, and you're here for a reason. You will get overwhelmed; it's happened to everybody who has stepped into the rehearsal room. I'm here for you if [or] when that happens, and it's okay.” You think it would scare me in a way, but it was comforting to know that it was okay to be scared. It was just great leadership from the beginning. I did get overwhelmed. I would leave rehearsals sometimes and just question: Why did they pick me? I don't belong here. I remembered what [our dance supervisor] said, and I would just practice all night until I got it. What I learned in the process is, yes, the work is difficult, but, if you're willing to put in the work and willing to give yourself the grace and time to be able to do that, it's totally possible. It was a tough process, and it usually is for most people who come into Hamilton because it is a beast of a show.

RT: What do you think about “Hamilton” resonates for audiences and for those working on it, including yourself?

JD: The message of the legacy and how we perceive a story and who’s telling the story, and the context that the stories and all of that matters, like seeing Black and Brown and people of color in lead roles on stage, telling the story of these founding fathers — it’s the way that it’s told that is so pertinent. There’s a whole prologue, [and] you get to see who’s going to be telling the story and how they’re going to tell it. Then, at the end and throughout the show, it’s a repeated thing: “you can’t control who lives, who dies, who tells your story.” You can only control what you do and how you live your life. Others may paint you a different way because of what you’ve done or said. I think it’s kind of meta in a way that we’re doing this show about how telling a story matters, and we’re telling it in a way that that matters.

Secondly, the way that the historical facts in the show [has] been kind of mashed up with hip-hop, with actual hip-hop references and other musical references. It just feels like a way to reach more audiences, but it’s such an interesting way, again, to tell this story, and to not only learn about historical facts but also, culturally, hip-hop references. It's such an educational opportunity all around. I think that just speaks again to the genius of these creators. I tell people all the time. I'm truly a fan who gets to be in the show.

RT: How does it feel to come back to Houston?

JD: Incredible. When we shut down for the pandemic, we were supposed to be in Houston, When we got our itinerary for [the current tour], I not only get to be in Houston, we get to go to many other Texas cities … to Dallas, Fort Worth, San Antonio, Austin, and I got to see my home state. There's nothing like it. I have my family, friends and people I know or haven't spoken to in a long time come and see this show and see me in it. It's just there's a sense of pride, and there's a sense of happiness.

JD: I think it's going to be an even more impactful experience, because, for me, I think my love of theater started in that seat in the Hobby Center. It started there: it started because my mom knew I liked “The Lion King,“ and it might be a bit surreal. It's also kind of a full circle moment of how far I've come in my journey, as a theater performer, as a theater lover.

RT: What would you want readers to know or consider about theater?

JD: If anybody reading is looking to be in theater, something that helped me out was knowing that, no matter what, I know that I have the support of my colleagues, my family and my friends. If people are pursuing something, anything, I think the most important thing is finding a community, finding people that you can collaborate with, people that will lift you up when you're feeling low. Sometimes it's hard and you don't have those people, but we have to believe in ourselves. I am where I am now, because of the people who took a chance on me and the people who instilled confidence in me when I didn't have confidence in myself.