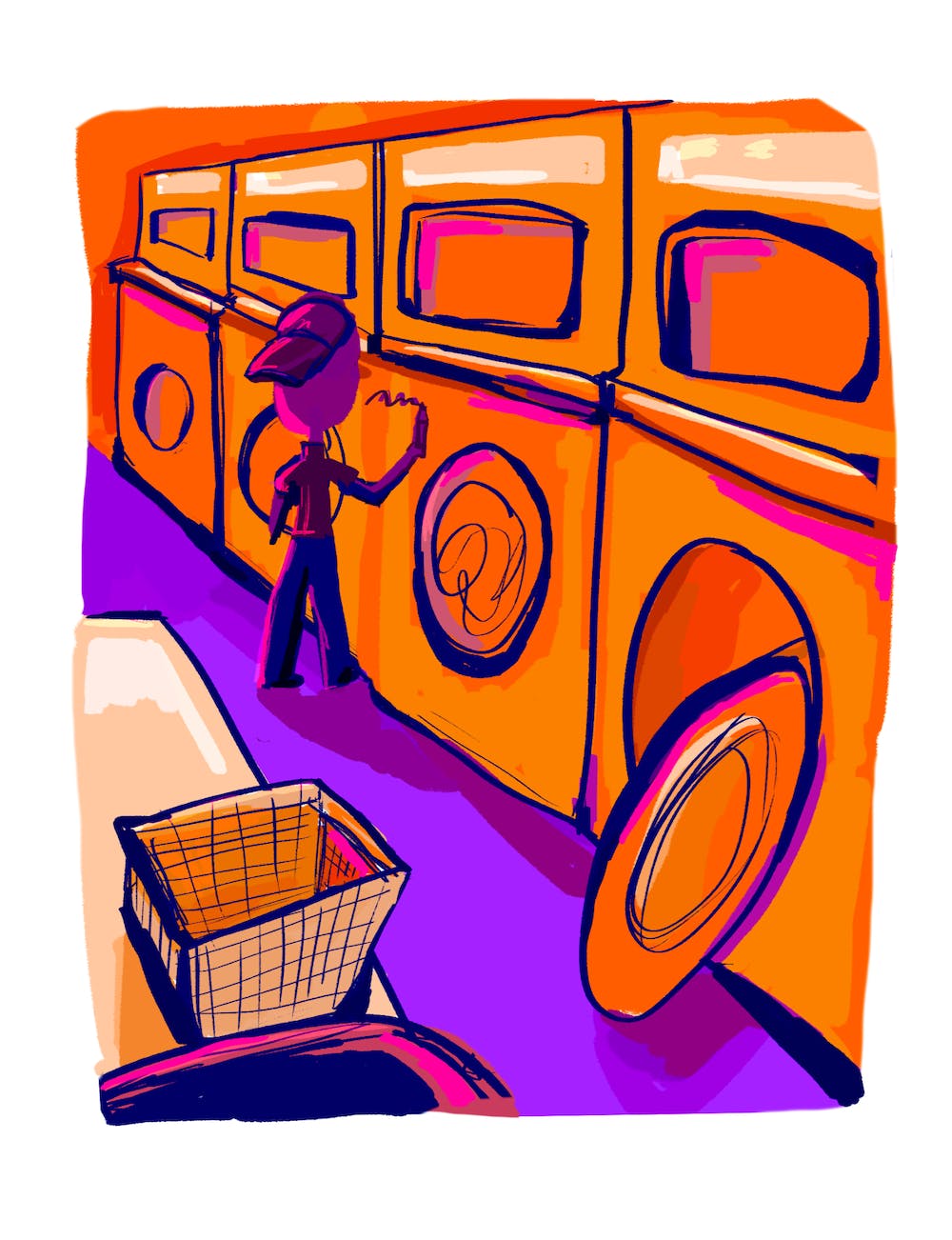 One of the dryers in the Hanszen College laundry room was found vandalized with a graphic image followed by a crossed-out phrase that appeared to be a racial slur, as well as the acronym “WRWS” on the morning of Feb. 21, according to an email by Jayaker Kolli, the Will Rice College President, and Izzy Williams, the Will Rice College Chief Justice.

The acronym “WRWS” seemingly refers to the Will Rice slogan “Will Rice will sweep.”

Morgan Seay, Hanszen president, said that the leadership teams at Hanszen have taken actions to address the community.

“Myself and Hanszen’s diversity committee have issued a statement to our college,” Seay wrote in an email to the Thresher. “Hanszen government is continuing to have conversations with our H-team and the rest of our community on how we can be a more inclusive and supportive community.”

Seay said that this incident is not a reflection of Hanszen’s values.

“We are committed to fostering a community that is inclusive and supportive of students and their backgrounds,” Seay wrote in an email to the Thresher.

The email sent to Will Rice by Kolli and Williams denounced the incident as unacceptable even if the dryer was not vandalized by a Will Ricer.

“Racial slurs are unacceptable in every context, and any vandalism that [Housing and Dining] will have to remove is inconsiderate,” Kolli and Williams wrote in the email. “We need to hold ourselves and everyone else to a higher standard. Be better. If you are the vandal, we encourage you to come forward and apologize.”

According to Kolli, the person who committed the act has not yet been identified.

“As far as I know, the person has not come forward, but [the Rice University Police Department] has been made aware,” Kolli wrote in an email to the Thresher.

Kolli said that he’s working with the Will Rice core team, diversity facilitators and other student leaders to address the incident.

Soha Rizvi, a diversity coordinator serving at Will Rice, said that she thinks the incident is absolutely disgusting.

“I think it’s an unfortunate and disgusting reflection of how much privilege students at Rice have to be able to feel like they can use those kinds of words as a joke,” Rizvi, a Hanszen senior, said. “I hope that anyone who might have been harmed by hearing about it and seeing it is getting the kind of support that they need. And as a DF, me and the Will Rice DFs and the H Team and President are trying to provide that support and come up with a plan surrounding the actual Black students who would be affected by this.”

Rizvi said that events meant to address this incident are currently being planned.

“We want to avoid the situation where you host a town hall and the people who need to be there and hear the message aren’t the ones who are coming,” Rizvi said. “And so that’s why we’re really trying to think more about how we can support Black students. So yeah, we’re still deciding right now.”

According to Rizvi, there are a lot of people at Rice who need to learn more about how to make the university the inclusive space that it needs to be.

“I think Rice, like any place, is an imperfect place when it comes to racism and issues with equity and inclusion,” Rizvi said. “Part of that comes from the administrative level … Such a small percentage of the student body is Black, a very large percentage of the student body comes from a very high income bracket … That is a huge structural problem.”

Rizvi said that the small population of Black students and marginalized identities creates situations and an environment where some people don’t really care about the impact of their actions.

“The people who did it, I don’t know what their friend group is like, but there’s a very good chance that they don’t interact with Black students on campus and, you know, they don’t care.”

Rizvi said she hopes everyone realizes that incidents like this don’t happen in isolation.

“There’s environmental and contextual reasons, and we all play a part in kind of permitting these things, so I hope that people really go beyond and above to … do the work of taking classes that educate them on Black issues and read books and listen to Black students on campus instead of having such a distant sort of feeling,” Rizvi said.

According to Rizvi, general microaggressions exist on campus and in the residential colleges.

“Many marginalized identities don’t feel very comfortable in their residential colleges or don’t feel connected to their residential colleges, and I think that’s something that comes partly from [Orientation Week] where maybe advisors [that are picked] are problematic … that just perpetuates a cycle where freshmen don’t feel comfortable in their college, which then makes the college a more segregated space,” Rizvi said.

According to an email sent to Hanszen by the Hanszen diversity committee heads, Seay, Sarah Eunsu Kim, Chloe Hur and Marc Armena, the culture at Hanszen celebrates diversity, promotes inclusion and not only encourages but expects antiracism.

“While we believe that this message was written by a student outside of the Hanszen Community, we want to establish that neither racial slurs nor vandalism will be tolerated at Hanszen or the larger Rice community,” Seay, Kim, Hur and Armena wrote in the email. “We condemn this behavior which goes directly against Hanszen values of equality and inclusivity … We recognize that seeing and hearing about this image was upsetting and extend our support to Hanszenites who were affected by it.”