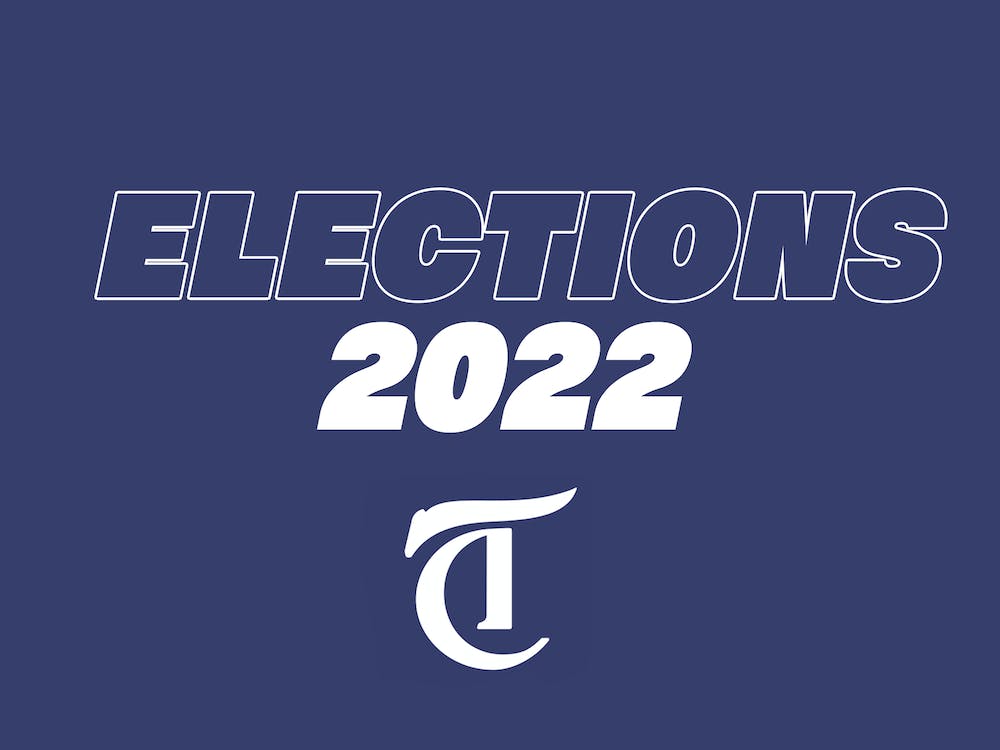 Gabrielle Franklin will serve as the next Student Association president after winning a close election — 50.8 percent to 49.2 percent of the vote — against Madison Bunting.  A total of 1124 ballots were casted for the presidential election, with a voter turnout of 26.81 percent, up marginally from last year’s 24 percent.

Two rounds of ranked-choice voting were needed to determine the presidential candidate. In the first round, Franklin, Brown College sophomore, received 49.82 percent of the votes (560 ballots) while Bunting, Martel College junior, received 47.06 percent (529 ballots). In the second round, with the write-in slot eliminated, Franklin received 50.80 percent of the votes (571 ballots).

Ranked-choice voting asks voters to rank candidates and a write-in slot in order of preference. The candidate with the lowest number of first-choice votes is eliminated after the first round, with those votes being allocated to each voter’s next choice candidate. The process is repeated until one candidate gets a majority of the votes.

Trisha Gupta won the race for internal vice president against Crystal Unegbu, with Gupta, a Sid Richardson College senior, receiving 51.01 percent of the votes (503 ballots) and Unegbu, a Hanszen College freshman, receiving 46.86 percent (462 ballots). The IVP race had a voter turnout of 23.52 percent.

In the race for SA secretary, which had a voter turnout of 22.51 percent, Sarah Bartos, a Lovett College sophomore, beat Margo Gee, a Brown sophomore, with 50.32 percent of the vote (475 ballots) in the final round of ranked choice voting.

Bria Weisz, SA director of elections, said the SA’s goal this year was to break last year’s voter turnout. She said that the SA mainly relied on word of mouth, outside of reminder emails, to advertise voting, which is something she believes can be improved on in the coming years.

“While our turnout is comparatively low historically, Rice University students are much more civically engaged with our student government than many other universities,” Weisz, a Brown College senior, said. “Perhaps students feel disconnected from the Student Association, or are inundated with emails already, but I would not consider a voter turnout of over a quarter to be a complete failure.”

Bunting said that she thinks the close races this year highlight the need for the SA to be intentional about being a space that unifies campus, through communication and collaboration.

“It will take work from both elected representatives and the general student body to rebuild trust in and engagement with the organization, so it can effectively represent and advocate for the diverse needs and perspectives of students across campus,” Bunting, a Martel College junior, said.

Franklin said she was disappointed to see the low turnout this year, but was glad the number improved from last year. She said as she begins her term, she has many plans for projects to begin.

“The first things I am going to do in my term are add diversity and allyship training to the SA Retreat we host for inducting our yearly cohort, start the materials for the de-stigmatization campaigns, and begin working with my executive team to formulate newsletters for distribution about the SA,” Franklin, a Brown College sophomore, said.