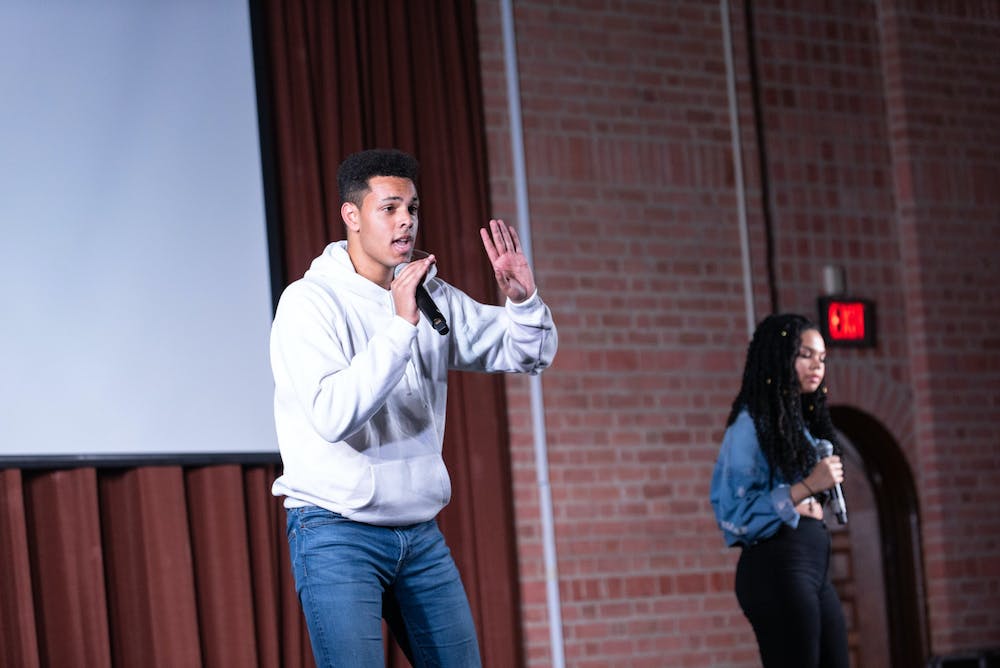 Featuring dance, song and spoken word, Soul Night provides an outlet for Black students at Rice to unapologetically voice their individual perspectives while simultaneously celebrating their shared identities. Preceded by a dinner reception, the event is the Black Student Association’s annual cultural showcase, held in the Grand Hall for the last time. This year, the show’s theme is Black excellence, which performers aim to honor in all of its nuances. Students and community members can watch Soul Night on Saturday, Feb. 26. Dinner starts at 6 p.m. and the show starts at 7 p.m.; tickets are $10.

The acts will be ushered in by a special opening number featuring dancers and a choir, with BSA’s creative director and Soul Night coordinator Jake Barber singing lead.

“What I sing with the choir is African American spiritual, to start us off [by] bringing us back to those roots. Then we go into a current chart-topper that has dancers,” Barber, a Hanszen College senior, said. “It’ll bring a queer aspect to the show right off the bat, which is important, because I’m gay and I want that to be reflected in there. The second song that we’re doing is by Lil Nas X, and it fires off from there.”

Barber has been planning the opening act since Dec. 2021, so additional details are being kept under wraps until the night of the event. In terms of how it relates to Black excellence, he hopes that the show will speak for itself.

“There is a large conversation around Black excellence,” Barber said. “I didn’t really want to say anything about it myself, other than just present an example of what I consider to be Black excellence, and that will be this act filled with excellent Black performers.”

Soul Night’s performers intend to continue the opening number’s momentum well into the evening. Jermya Wilson, a Brown College junior, will present her spoken word to a live audience for the first time. Her piece titled “Here I Stand” addresses the pressure that Black women face to mold themselves to societal standards.

“By the end of the poem, it says, ‘I’m not going to be the person that you want me to be anymore, I would like to be the most authentic version of myself,’” Wilson said. ‘“Here I stand with the rest of the women that came before me, with the other women that would also like to be their authentic selves.’”

Chase Brown, co-secretary of the BSA, will also touch on the performative roles that Black people are arbitrarily assigned. She hopes to counter this narrative by performing her spoken word piece with intention.

To tie into the production’s overarching theme, her act represents excellence without societal constraints.

“This year’s theme is Black excellence, so I wanted to exemplify that in my poem and in the ways that Black performers have shaped entertainment,” Brown said. “And also an allusion to the simplicity, but also the joy that can come from performing.”

Tamaz Young, a Wiess College freshman, finds inherent value in performing, and will be blending two of his spoken word pieces into one for Soul Night. He began writing poetry at the age of 14, and in Feb. 2021, he published his first poetry book “Unrequited Expressions.”

“It’s very therapeutic, and it’s my way to process things. I’ve always known that I communicate better when I write things down,” Young said.

When he’s performing, Young said that he feels transported.

Young said he has become more confident on stage since attending various open mics in Houston. He cites the city’s large spoken word community as one of the reasons he wanted to come to Rice from his hometown of Memphis, Tennessee.

Regardless of their previous experiences in front of live audiences, Barber said that all of the performers involved in Soul Night are passionate about the show.

“Everybody’s just been super involved in it, to the point where sometimes I’ll be on a call with somebody … and I’ll just be like, ‘Okay, promise me you’re not going to think about this for 24 hours,’” Barber said. “But they’re just so into it, and they’re so passionate about what they’re doing. I hope, and I think that energy radiates through the community and that’s what will make the show special.”

As an upperclassman, Wilson said that her experiences witnessing Soul Night differ from those of current freshmen and provide her with a responsibility to give back to a community at Rice she has already benefited from.

Wilson hopes that her involvement in the show can inspire any freshman who haven’t yet had the opportunity to see themselves reflected in a cultural showcase at Rice.

“I wanted that person when I was a freshman too, and I have this ability to give that to someone, and the best way that I feel like I can do that in the most public way is through Soul Night.”

The showcase will conclude with a fashion show, which Wilson is also coordinating. This year, models will be representing the city they’re from as they strut down the runway — the center aisle of the Grand Hall.

“There are some people that are going to pop up in sportswear. I’m from Louisiana, so I’ll probably end up wearing Mardi Gras beads, because that’s very common where I’m from,” Wilson said. Other people will likely be in traditional wear from different regions in Africa and beyond. “It varies widely from person to person.”

Wilson said that this range in backgrounds and presentations is one of the best things about the fashion show, especially because performers are allowed to choose the hometown they most closely associate themselves with.

“We just told them, ‘Whatever you feel like best represents where you come from and where you feel you identify, that’s what [you should] represent,” Wilson said. “We’re saying, we accept you … It’s impossible to fully encapsulate being Black in a single sentence.”