Review: ‘Laurel Hell’ reflects the duality of Mitski’s love for music and reluctance to create 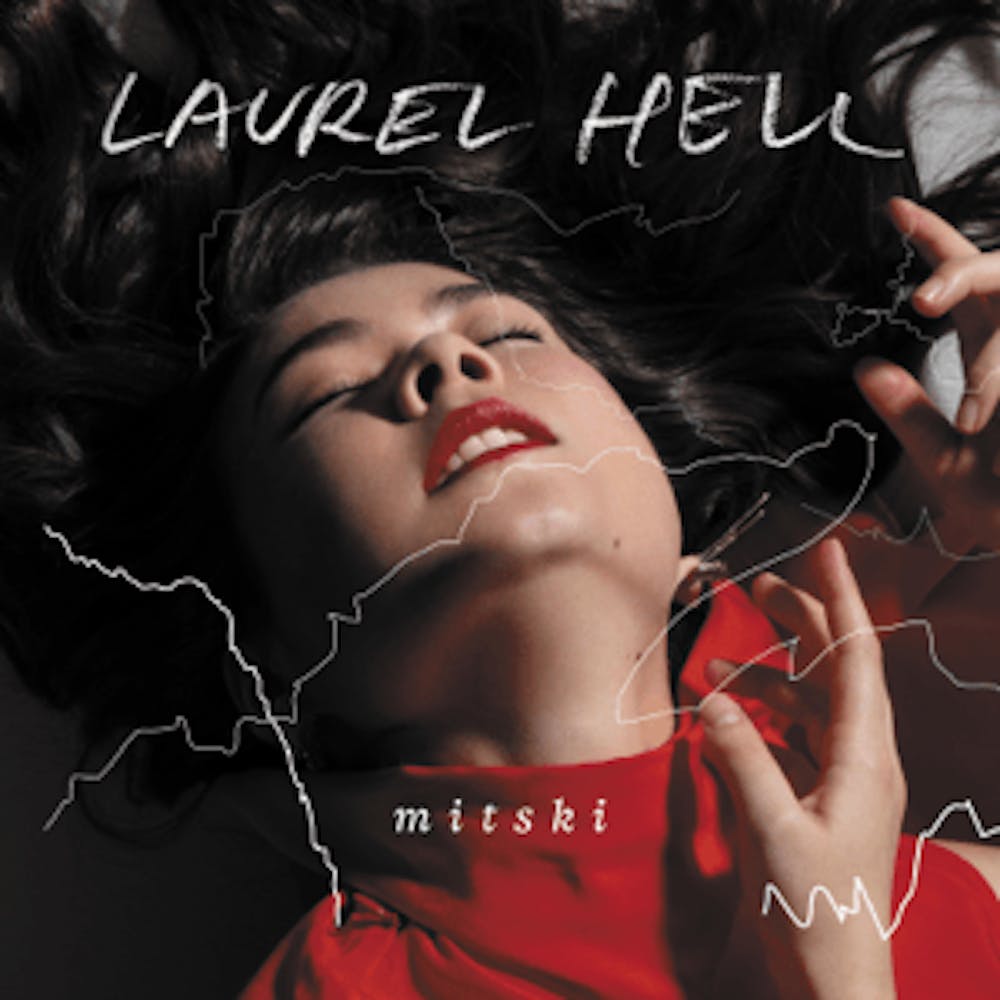 Top Track: “Working for the Knife”

In 2019, Mitski decided to walk away from music. This decision was personal, not just an effort to create a “farewell tour” that would drum up demand. Fearing a time when she would be writing music just to keep money flowing rather than out of inspiration, she announced her “last show indefinitely” to the dismay of legions of fans.

Despite her resolve to stay away from the music industry, Mitski was soon reminded that because of her contract she owed her label, Dead Oceans, one more album. “I contractually had to release it,” she said, in an interview with Rolling Stone. “I just didn’t know whether I would ask the label to take it and keep me out of it, or I would actually go out and present it.” “Laurel Hell,” the album that came out of that situation, embraces both Mitski’s deep reluctance to return to the music industry and her love of making music.

The album title and lead single perfectly underscore Mitski’s feelings about making music professionally. “Laurel Hell is a term from the Southern Appalachians in the US, where laurel bushes basically grow in these dense thickets. When you get stuck in these thickets, you can’t get out. Or so the story goes,” revealed Mitski in an interview on the Zane Lowe Show. The notion of something as beautiful as the laurel flowers being dangerous enough to engulf someone beyond saving is reminiscent of her love of making music even though it hurts her.

“Working for the Knife,” the album’s lead single, has a cinematic sound that highlights Mitski’s smooth vocal performance. It discusses a feeling of disillusionment and compromise in an effort to fulfill a commercial need, exactly what she was afraid of in 2019. With relatively few words, Mitski criticizes the system that forces artists to exploit themselves and compromise on their creative desires over brooding synths and rhythmic instrumentation.

Another track, “The Only Heartbreaker,” opens to synth hits that would feel at home in an ’80s music video. The song flips the traditional musical narrative of the narrator being hurt in a relationship as Mitski describes herself as the reason for the relationship’s downfall. With its subtle tinge of guilt at being the only one to make mistakes in a relationship, the seeming lesser partner is something not often seen in music. At the same time, in another turn from the expected, Mitski revealed in a statement that the song contains “something sadder beneath the surface, that maybe the reason you’re always the one making mistakes is because you’re the only one trying.”

“Should’ve Been Me” is another complex track that details her feelings after seeing a former partner in a relationship with a girl who “looked just like me.” While many songs would use this narrative structure as a kind of kiss off to a former flame, Mitski’s reaction is anything but that. “It broke my heart / the lengths you went to hold me,” she proclaims in the chorus. The song is a grieving apology for being closed off, driving away the relationship in the process. Mitski’s description of grief in the second verse of the song is particularly poignant. Bright, relatively upbeat instrumentation adds an effective contrast to the isolation described in the song.

“Laurel Hell” is at once a reaffirmation of Mitski’s love of music and a testament to the toll that it has taken on her. This duality weaves through emotional lyrics to create an album worth repeated listening.