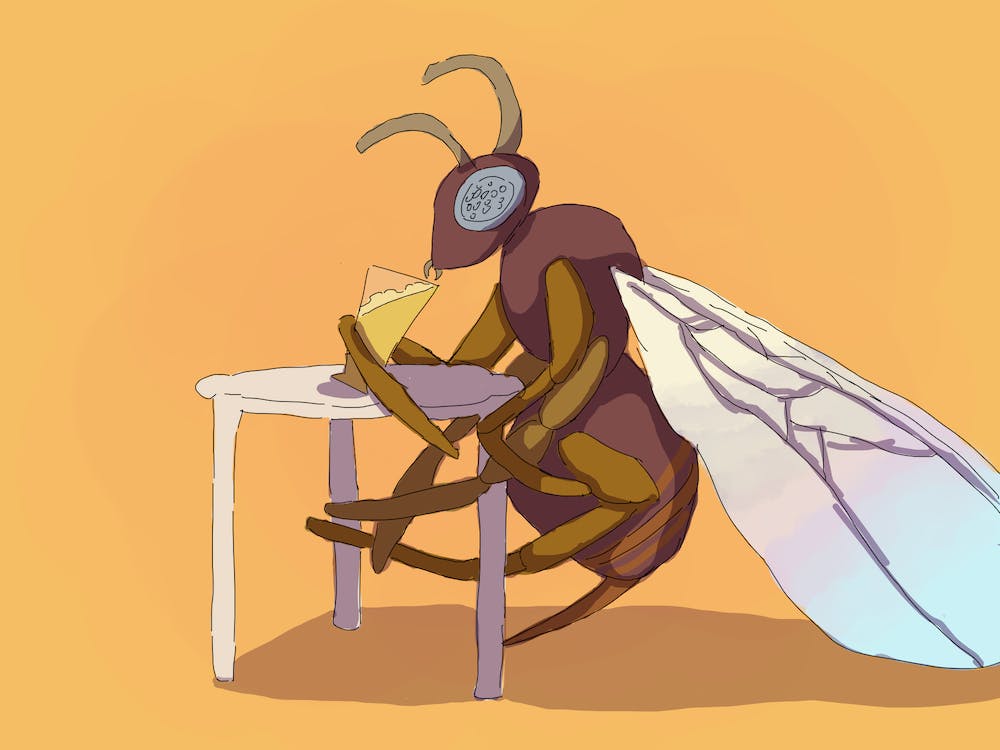 A new insect species, a type of cynipid gall wasp, was discovered right outside Valhalla, and subsequently described in a paper published this month in the journal of Systematic Entomology. The wasp was named Neuroterus Valhalla, after the location of its original discovery.

Pedro Brandão-Dias, lead author on the paper, said he first collected this gall wasp from the branches of a live oak tree on campus in 2018. A graduate student in Scott Egan’s evolutionary biology lab, Brandão-Dias was collecting a separate gall wasp species to sequence its genome when he encountered the new species.

“We found this weird looking bug, and the reason we knew it was new immediately is because Egan has been working with [gall wasps] for ten years now and he … knows all the species described in the system,” Brandão-Dias said. “When he saw that it was galling the flowers, he was like ‘I’ve never seen anything in the museums galling the flowers that looks like this, it has to be new.’”

Egan, associate professor in Biosciences, said that when they sent the sample of gall wasps collected to be sequenced, they noticed something unexpected.

“There was this very genetically distinct group that no one had ever seen before,” Egan said. “We put it on the backburner and kept doing other things.”

In 2019, Kelly Weinersmith, an adjunct assistant professor at Rice, collected a sample of gall wasps on a trip to Florida, and from it emerged a species of wasp that she said she had not seen before.

“The things that I expected did come out, but then additionally this other wasp came out that I couldn’t identify,” Weinersmith said. “It sort of looked like the gall wasp I was looking for, but it was clearly not the same species.”

Weinersmith sent the unidentifiable gall wasp to a collaborator at the University of Iowa,   Andrew Forbes, who confirmed that the wasps were a different species that he could not immediately identify.

“For a while, that was sort of the end of the story,” Weinersmith said. “Until Pedro found something else that sort of put the life cycles together.”

Brandão-Dias said that he decided to take initiative on this project because he thought it was a great opportunity. He collected more wasps from the live oak trees on Rice’s campus and continued to study them.

“I always wanted to describe a species,” Brandão-Dias said. “That is kind of the dream for any biologist, so when I saw the opportunity I said yes.”

When it came time to name the species, Pedro said he wanted to name it something related to Rice since it was found in the tree next to Valhalla.

The wasp itself is a small, one-millimeter-long insect that does not sting. Egan said that because of the size of the wasp compared to the tree it resides on, it is not surprising that new species are still being found.

“When you think about how big a live oak tree is, and how many different gall wasps are on there, it’s not surprising we found something that hasn’t been described by science,”   Egan said. “But at the same time, [I am] very surprised that we are discovering new species right out the front door of the biology building in the fourth largest city in the United States.”

According to Egan, many species of insects that have yet to be discovered are likely residing on Rice’s campus right now. In 2017, Egan and Weinersmith collaborated to describe a predatory gall wasp that had been right outside Egan’s lab at Rice for millenia.

Camila Vinson, an undergraduate researcher in Egan’s lab, contributed to the discovery of the new species when she joined in 2020. She said her role consisted of collecting samples from the branches, and observing whether the new species emerged out of them.

Vinson, a Brown College senior, is writing her senior thesis on the behavioral changes of these wasps as a result of climate change. Vinson said she was surprised that new species were still being found at Rice.

“To me, it was like how could we possibly not know that this species was around,” Vinson said. “But on the other hand it was really cool because it shows that in an urban environment new species … have the opportunity to form all the time, which is really awesome from an evolutionary perspective.”

Egan said that this discovery was a result of efforts from individuals trained in a variety of fields.

“These types of discoveries are team events,” Egan said. “First off, Pedro, the graduate student in the lab … he was the one really pushing all of this and helping all of this happen. Andrew Forbes, from Iowa and his graduate student, Anna, made a contribution. Kelly, doing rearing and being familiar with the systems over in Florida. Everyone on that list made an important contribution.”